The first installment of ‘Guardians of the Galaxy’ was perhaps one of Marvel’s most unexpected surprises. Arrived in the summer of 2014, without any expectations, since comics are very little known … and the summer box office blew up. His goofy humor and dose of carefree adventure made the perfect cocktail for audiences to respond to perfectly.

Although the second installment was not received with such enthusiasm, it did follow the trail that had marked the first part, so it was logical that Marvel thought of one more installment to close the trilogy. And so we come to ‘Guardians of the Galaxy 3’.

‘Guardians of the Galaxy 3’ Release Date

The new installment of ‘Guardians of the Galaxy’ has gone through many phases, mainly due to the firing of James Gunn by Marvel, and his subsequent re-hiring. The MCU release schedule is full of projects, and all have seen their arrival delayed due to the Coronavirus crisis.

And Marvel has already opted for one of those: we will have a third installment May 5 of 2023. This is how the director tweeted it: 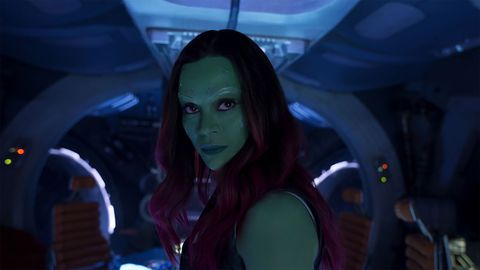 ‘Guardians of the Galaxy 3’ Synopsis

For now there is no official synopsis of what we will see in ‘Guardians of the Galaxy 3’, but we do have several clues that have been given by both its director and the members of his cast over the years. James Gunn has insisted a lot that it will be an epic ending to the story that began with the first movie, back in 2014.

He was also very sorry that, had he continued out of the project, he would not have been able to complete the character arc he had prepared for Rocket, so it is quite likely that we know more about the character and it has been rumored that we will travel to his home planet for a long time where they ‘built’ it. 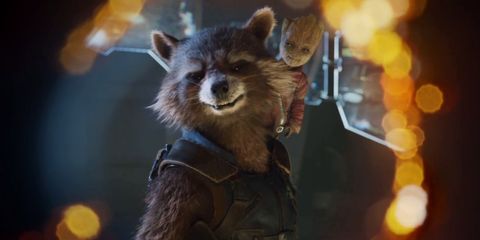 Another element to take into account is Adam warlock, who promised to be the great villain that the MCU expected, but we have not heard from him yet except the post-credits scene of ‘Guardians of the Galaxy vol. 2’. Warlock is closely linked to the Infinity Stones so perhaps their continued use has awakened him in some way for this third installment of the adventures of Star Lord and company.

The film will be set after the events of ‘Avengers: Endgame’, but we are not yet clear if the rest of Marvel’s Phase 4 will affect the story in some way or another. Or, on the contrary, it will be a story more independent from the rest of the MCU, as it happened with the two previous installments. The truth is that at the end of ‘Endgame’, Gamora disappears after the battle, so it may be one of the important points of the film: finding Gamora, also being a version of the past that never knew our heroes.

The incorporation of Thor to the team will also have to be taken into account. That is what seemed to indicate the end of ‘Endgame’, but before ‘Guardians of the Galaxy 3’ arrives, we will have ‘Thor: Love and Thunder’, so we will have to wait to know the immediate future of the God of Thunder. ..

Gunn has been working on the story for years, and the plot has been finished for three specifically. Production will begin in Georgia next November.

‘Guardians of the Galaxy 3’ Cast

Presumably, the entire cast of the first two installments will return in this third, namely: Chris Pratt, Dave Bautista, Zoe Saldana, Karen Gillan (although Nebula is unknown), Vin Diesel (who voices Groot), Bradley Cooper (who voices Rocket), Pom Klementieff and, perhaps, Chris Hemsworth as Thor . The rest of the cast, for now, is anyone’s guess. 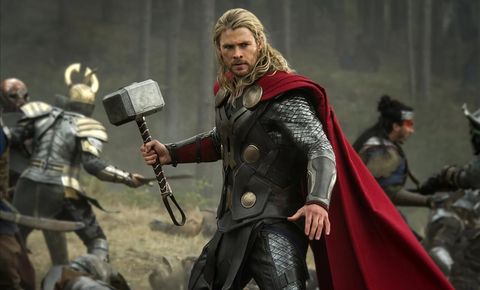 It is also rumored the possible incorporation of Mark Hamill as the ‘father’ of Rocket, and the return of Sylvester Stallone, accompanied by Arnold Schwarzenegger.

‘Guardians of the Galaxy 3’ Director

The director will once again be James Gunn. The director was fired by Disney due to controversial tweets and was hired by DC to direct ‘The Suicide Squad’, which we will see in the summer. But the cast members of ‘Guardians of the Galaxy’ could not conceive of another installment without Gunn, so Disney backed off … and finally rehired him.

‘Guardians of the Galaxy 3’ Poster

For now we do not have a poster for ‘Guardians of the Galaxy 3’.

‘Guardians of the Galaxy 3’ Screenshots

For now we do not have images of the film. At least the advance of Marvel has left us the logo in addition to the date.

‘Guardians of the Galaxy 3’ Trailer

For now we do not have a trailer for ‘Guardians of the Galaxy 3’.

The best gifts for fans of Avengers and Marvel