The new update for GTA online will arrive on December 15

Through a publication made on the official website of the video game, Rockstar Games on December 15th the online modality of its star franchise, GTA V, will receive the expansion Hit Cayo Perico, which promises to be the largest so far. This will invite users to enter a private island classified as one of the safest in the world. In this context, players must enter and reduce the security forces to later carry out the mission objectives and get the reward.

Rockstar Games is not hitting the brakes. During the last few years, the online mode of GTA V managed to gather an immense user base, which was encouraged by the large amount of content and updates it was receiving. This practice is something that can be seen every week with the introduction of special events, weapons, missions and vehicles.

However, to close 2020 Rockstar decided not to go with laps and launch an expansion that comes with the poster of being the most ambitious so far: Golpe a Cayo Perico. “Prepare to infiltrate the remote island complex of the world’s most famous drug dealer in the largest, most ambitious and frantic update of Grand Theft Auto Online,” says the new content statement coming to the game. 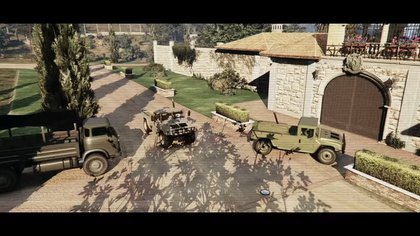 The island will have large numbers of security forces

This will have as a context an island of maximum security that promises to give players all the vertigo necessary to carry out a high-caliber robbery. This, according to the developer, can be done both alone and as a team, but the difficulty will not decrease. “It is the greatest adventure in GTA Online, in which you will discover a new and exotic location on the map and a new way to plan the coup,” Rockstar tells users.

In turn, they report that players will have the opportunity to get new vehicles that will arrive with the expansion, as well as brand-new tactical weapons that promise to give all the action possible. In addition, there will be parties, new radios with playlists of more than 100 songs and the possibility of building a headquarters inside a submarine that can be fully equipped with weapons.

Without a doubt, this expansion sponsors GTA online players new and fun hours of content, with an interesting challenge ahead. Beyond what it will offer in gameplay, its mission will also be to keep the title at the top. It should be noted that last year, the Rockstar title managed to increase its performance on the Twitch platform by 277% compared to 2018. This shows the growth and validity that it still has thanks to the constant updates and innovations. 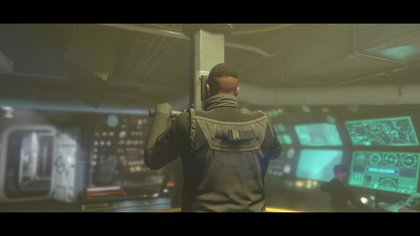 With the new update, the player will be able to create a poster inside a submarine

The developer behind the franchise is also looking to the future and what will be the landing of its games on the new generation of consoles. In this context, Rockstar announced that it will provide all facilities for its players to use their titles on their brand new platforms. For example, on PlayStation 5 they will have backward-compatible access to GTA V, Red Dead Redemption 2, Bully, Grand Theft Auto III, Grand Theft Auto: San Andreas, Grand Theft Auto: Vice City, Manhunt, Max Payne, Red Dead Revolver, and The Warriors.

For now, we will have to wait a little longer to learn more details of what will be the Cayo Pico Blow, an expansion that promises to provide an experience at the level of one of the largest franchises in the market. GTA Online is available for PS4, Xbox One, PC, PlayStation 5, and Xbox Series X / S.

Playing video games could be good for mental health, according to Oxford University