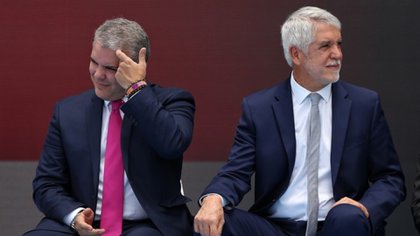 On December 18, 2020, the Ministry of Health presented the National Vaccination Plan against covid-19, according to which 40 million doses were already insured of the vaccine for 20 million Colombians, which will be applied free of charge during 2021. 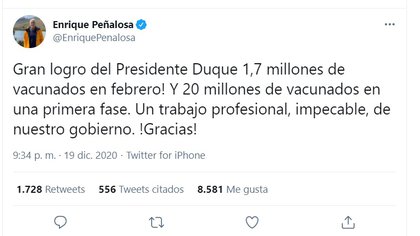 The ex-president’s trill was revived by Internet users who remember that to date only 48,150 doses of the vaccine have been applied and not 1.7 million. Likewise, they took the opportunity to remind him of other promises he made, such as the Bogotá Metro or the decontaminated Bogotá river, two issues that he promised in his election campaign in 2015.

“Launching bombastic ads to boost popularity and then just default on them. Look at these: There are 4 days left to finish rebuilding Providencia and 7 days to vaccinate 1.7 million Colombians. How are those goals going, President Iván Duque, ”wrote Congressman Gustavo Bolívar.

This is how vaccination progresses in Colombia

The first 50,000 doses of the vaccine against covid-19 arrived in the country on February 15, they are from the pharmaceutical company Pfizer, so two doses are required for the immunization of each person. Two days later, on February 17, the first Colombian was vaccinated, it was the nurse Verónica Machado, head of the intensive care unit of the Hospital Universitario de Sincelejo.

Days later, on February 20, 192 thousand doses of the pharmaceutical company Sinovac arrived in the country, which also requires two doses for each vaccinated. The Vice Minister of Health, Luis Alexander Moscoso, explained that of these doses, 45,000 are reserved for the Colombian Amazon belt, which is conceived as a prevention plan for the country.

The second group to which these doses will go has to do with older adults who are in long-stay centers, distributed throughout the national territory. While the third group includes the IPS where there is human talent in health in emergencies and covid hospitalization. That they are top of the line, but that the Pfizer vaccine cannot be reached due to its deep-freezing conditions.

“In addition, another 50,000 doses of Pfizer will arrive on February 24. In the first two weeks of March, 2.3 million doses from both laboratories will be added. With this, we continue the vaccination in this first stage of our first-line health professionals and adults aged 80 years and over ”, concluded Escobar.

According to the latest report from the Ministry of Health, so far 48,150 doses have been applied, the majority in Bogotá with 12,582 biologics applied. In addition, in the capital of the country the first two older adults were vaccinated this Tuesday. “Don Carlos, 93 years old, and Doña Elvira, 97 years old, were the first vaccinated. #AEstaHora already vaccinated 10 people over 80 years old and none had any reaction “reported Mayor Claudia López. 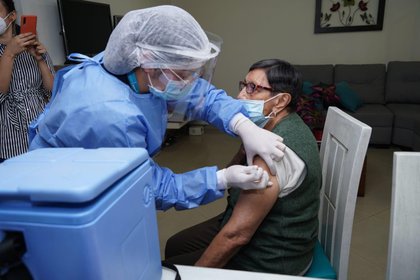