Granada is still determined to make history in Europe. Diego Martínez’s team beat Napoli 2-0 in the first leg of the 1/16 final of the Europa League played at Nuevo Los Cármenes and leaves Gennaro Gattuso’s men on the ropes and with the obligation to thrashing in the second leg at the Diego Armando Maradona stadium next Thursday if they don’t want to say goodbye to the competition almost at the first exchange rate.

Granada erased Naples from the field in the first half. With a very well defined game structure (1-4-1-4-1), Diego Martínez’s team imposed its football from the opening whistle against a very flat rival, without spark, and who gave the impression of throwing a lot of less to the casualties with which he faced the match, a total of nine (he appeared at the Nuevo Los Cármenes with only fourteen players from the first team).

Granada, which also had significant absences (Quini, Milla, Luis Suárez and Soldado) forgot about them and began to cause fear with incursions on the right wing (Foulquier-Kenedy) that sowed confusion in the Italian defense. In one of them the first goal was originated. A precise cross from Kenedy put the ball at the far post so that Yangel Herrera could get ahead of his opponent and with a header put the 1-0 on the scoreboard.

The goal left Naples even more touched, which in a seen and not seen conceded the second. Only two minutes later, in a book against the book, it was 2-0. Politano lost the ball to the local area. Gonalons took it out under control, opened the game to the left to Machís, the Venezuelan gave the leather to Kenedy and the Brazilian, as soon as he stepped on the left vertex of the Neapolitan area, beat Meret with a low and crossed kick.

It was the 21st minute and Granada were on track to victory more easily than expected. Not even Vallejo’s muscle injury slowed the Nasrid team in what was left of time to reach the break, as Napoli continued without approaching the dominions of Rui Silva. With 2-0 they reached the interval, although Granada could score another goal in a center in Machís that Jorge Molina finished off with a spur and that Maksimovic cleared ‘in extremis’.

After passing through the changing rooms, Gennaro Gattuso left Politano in the booth and opted for Zielinski. The Pole gave Napoli a little more offensive presence, which, before reaching game time, gave the first scare in a kick from Zielinski himself that went over the crossbar. The Italian coach put more muscle in the medullary (Bakayoko for Lobotka) and Diego Martínez also began to move pieces, refreshing the two attack bands (Alberto Soro and Antonio Puertas for Machís and Kenedy). 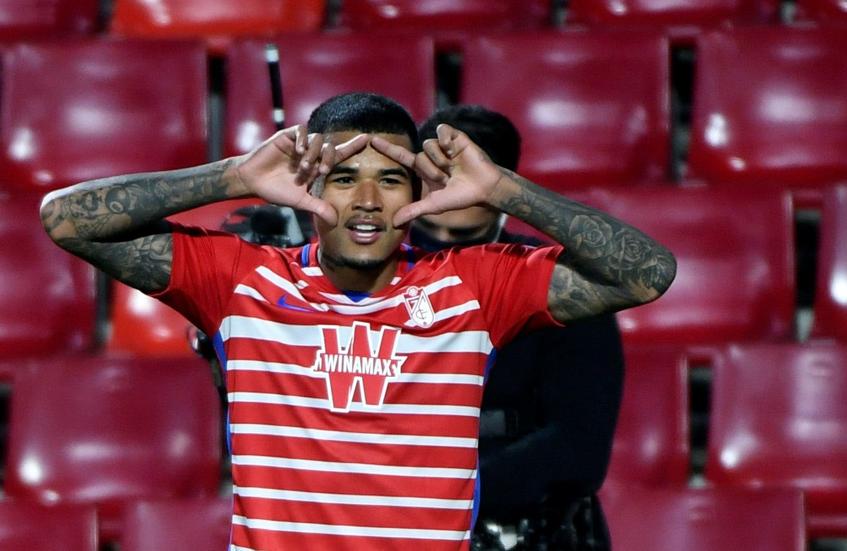 The greater pressure from Napoli, who with more impetus than clairvoyance sought to shorten the gap, could bear fruit in the 71st minute, when a Rrhamani header from inside the area went over the crossbar. Diego Martínez lost another player (Gonalons) due to physical discomfort a quarter of an hour from the end, but Granada’s order was maintained, despite evident fatigue (37 games have already been played this season), and ended up keeping a 2-0 ( It could have been a 3-0 if Meret does not make a save in the 91 ‘to a shot from Yangel Herrera) which gives him serious hope for the return leg next Thursday and to continue making history in Europe.

Incidents: First leg of the 1/16 final of the Europa League played behind closed doors at Nuevo Los Cármenes.