Home>Entertainment>Movies>Goro Miyazaki (‘Earwig and the Witch’): “Making a movie in CGI was the challenge we needed at Studio Ghibli”

Studio Ghibli jumps into 3D animation with ‘Earwig and the Witch’. Goro Miyazaki’s third feature film after ‘Tales from Earthsea’ and ‘Poppy Hill’, which arrives in Spanish cinemas this April 30, by the hand of Vertigo Films. A bet of the factory, which is recognized for its craftsmanship, and “a challenge when it comes to doing something new and different”. “We needed such a challenge”, declares the filmmaker, who assures that “Studio Ghibli will continue to produce feature films and other creations in traditional animation.”

‘Earwig and the Witch’ is based on the novel by Diana Wynne Jones. Earwig is a 10-year-old girl, who has the ability to manipulate others so that everyone does whatever she wants.. An orphan since she was a baby, the little girl has made her life in the orphanage very pleasant. One day one of her biggest nightmares comes true: she is adopted. Her new parents are a very strange couple, made up of Bella Yaga, a witch, and a mysterious man named Mandrake. The sorceress reveals to Earwig why she has been adopted: she is looking for an assistant.

This is Jones’ second novel to be adapted by Ghibli, after Hayao Miyazaki brought Howl’s Moving Castle to theaters in 2004. “One reason I decided to turn the novel into a movie was because it was suggested to me by Miyazaki and Toshio Suzuki. I read it and saw that it was a great story from the beginning to the end. The other reason was because, in general, the stories by Diana Wynne Jones are excellent and I felt it was a unique opportunity “, Goro Miyazaki comments in an interview for eCartelera.

“We will not focus only on traditional animation projects”

Son of the acclaimed filmmaker, his father was involved in the development of the film’s script. “His involvement was at the beginning and it was brief. I wanted to have a new and young team. Still, he gave me many suggestions, I was confident that it was going to be a good adaptation. We had several conversations during the production process, especially about Earwig, the protagonist, “explains Miyazaki, who details that what they were looking for was “to better outline their character”. “We wanted the public to better understand his actions, how he deals with the situations he lives,” he adds. 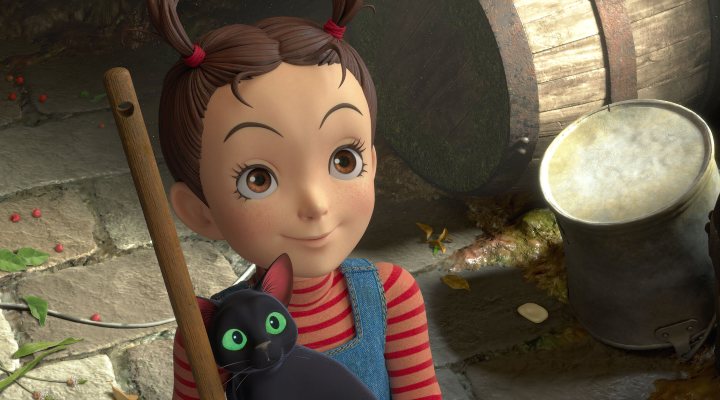 Although what has most attracted the attention of ‘Earwig and the witch’ is that it is Studio Ghibli’s first feature film entirely produced in 3D animation, a jump that has caused confusion among the followers. “What makes the factory authentic are the professionals behind it. We needed a challenge and to do something new as well. That was when we thought of making a complete film in CGI. That does not mean that we abandon traditional animation“, Explain.

“We will not focus only on projects made in computer animation, but we will I hope that we can produce titles of both styles, that they coexist. On the one hand, continue with the production of handmade animation, but also explore the possibility of creating in 3D “, he continues.

From television to cinema

Initially, ‘Earwig and the Witch’ was a television project. In fact, its first premiere in Japan was on the NHK network on December 30. However, its launch in international markets, including Spain, is in cinemas. It’s more, It is also scheduled to premiere in theaters in its native country, initially scheduled for this April 29 and postponed due to the COVID-19 pandemic. 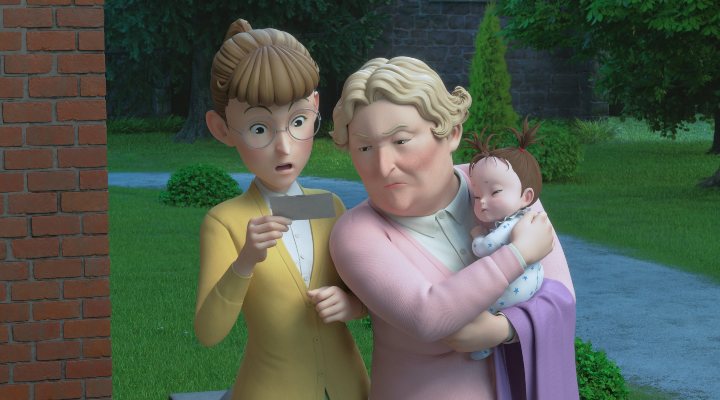 “The project was created for a television network. However, we did not see it as an impediment to producing a film whose quality is entirely cinematic. It’s wonderful that it can also be seen on the big screen, “says Miyazaki, who also He shares that the public’s reception of the film is being different due to its initial premiere on television.

“With a theatrical release, you see the results at the box office, how the public reacts, but on television there is another logic, as well as on streaming platforms. So we are taking more time to analyze the reception”, argues the filmmaker, which also reveals that this has prevented him from thinking about his next project. “I have not had time, I just know that it will be another CGI animated movie“, go ahead. 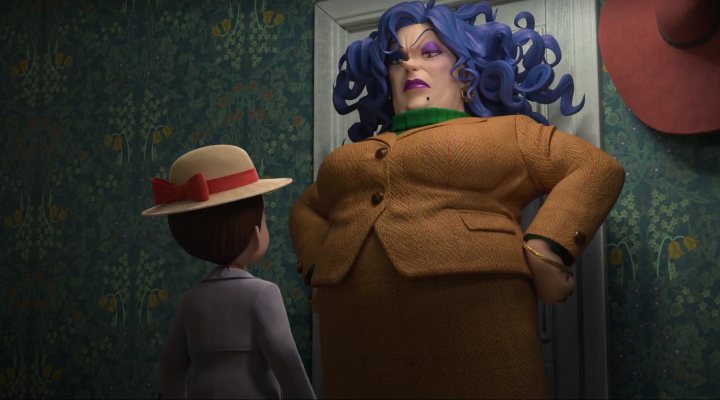 Directed by Goro Miyazaki, the script for ‘Earwig and the Witch’ is written by Keiko Niwa, a regular contributor to the factory having written the librettos for ‘I can hear the sea’, ‘Tales from Earthsea’, ‘Arrietty and the world of the tiny ones’, ‘Poppy Hill’ and ‘The memory of Marnie’, and Emi Gunji, a production company that Miyazaki had worked with on ‘Ronja, la hija del bandolero’.