Veteran fans have long been calling for the return of video games “forgotten” by Nintendo. 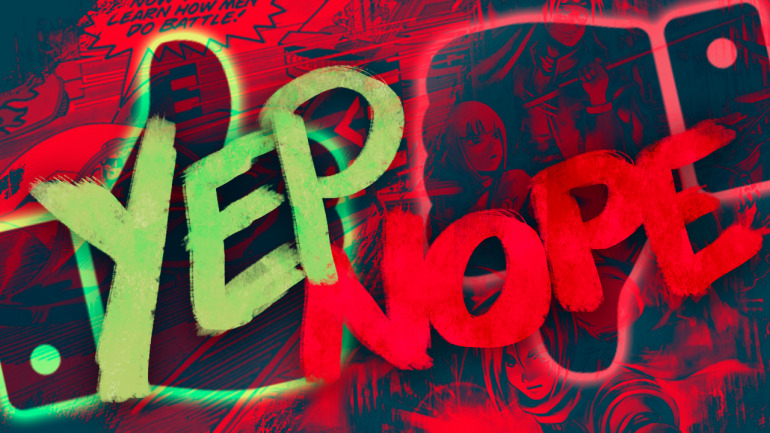 The Nintendo Direct last Wednesday left a bittersweet taste to many users who expected more announcements. Among the wishes of the players was of course the return of classics like Golden Sun, something that has made us wonder if Nintendo should bet on the return of some of your most beloved licenses. If you do not remember everything they have forgotten, in a report we talked a while ago about forgotten sagas that could return to Nintendo Switch. What do you think about the matter? Do you think Nintendo should recover these licenses at once or focus on their present and future? We wait for you in the comments.

I will not deny you, Jesus, that in this matter I speak to you, first, with the heart, but without neglecting reason. It is obvious that the nostalgia What we feel about certain video games is difficult to replicate today, but when I ask for the return of a forgotten saga, I don’t do it thinking only of reliving everything that I liked about it. I want new emotions, new challenges, that find new ways to surprise us with characters and universes that we adore. So if I crave the return of golden sun not to give me the same with new graphics. Plus we both know that Nintendo wouldn’t do something like that.

If I ask for the return of Golden Sun, or F-Zero, or Eternal Darkness, is to find a way to surprise and excite us like these games did in the past. And it is not worth the “they are not going to sell because they are not popular brands”. With that mentality surely we would not have games like Metroid Prime, or even series that seemed doomed to oblivion, like Fire Emblem, they would not be living now a new golden age. It is obvious that there are going to be more successful games than others, but this is the same with the new brands. Which is why I feel like Nintendo is wasting its incredible catalog of games.

Nintendo has such a good catalog that the incredible thing today is that they are using themThere is a lot of talk about new games, that this is better than turning to the past, but… are they really doing it? Because Kirby is everywhere, Yoshi is everywhere, and of course Super Mario is everywhere. I’m not complaining, I love those games, but nobody tell me that there is no point in resorting to nostalgia to claim the return of great sagas of the past in favor of the new, when what has happened is that now we have less variety in the Nintendo catalog. Do you remember the GameCube times? It’s not like forever, but there you had 1080º, Wave Race, Pikmin was born, we had Eternal Darkness, F-Zero, Star Fox games that tried new styles (like Star Fox Adventures), Doshin the Giant, Metroid Prime and more. .

How can I not miss all those names, if in some cases, decades have passed since its last release. And I return to the origin of the subject. Wanting a new Golden Sun or a new F-Zero doesn’t mean you want a carbon copy of the original. I want them to reinvent those games, to surprise and amaze us as only they know how to do. And I am not so concerned about their success or failure at a time when there are not a few JRPGs that appeal to nostalgia and triumph, or extreme speed games that are inspired by F-Zero, and enjoy success, or adventures horror that captivate millions of players. Nintendo has such an incredible video game catalog that the incredible thing today is that they are using them.

I know my opinion is the most unpopular. Who is not excited about the return of any saga? I’d be lying if I said I wasn’t thrilled when the remake of Zelda: Link’s Awakening (my favorite video game) was announced a couple of years ago. It would also be a complete hypocrite if I said that I would not be interested in playing a remake of Earthbound today (I even wrote a story recently!). However, I think about it coldly later, and I think that maybe I would enjoy more playing something other than Link’s Awakening or Earthbound today. Even Wave Race, which is a game that I marveled at on Nintendo 64, I find it difficult that it could mean the same thing.

Nostalgia is, in the end, that trunk of memories that from time to time you want to open to rediscover yourself, to introspect your past. And why fool ourselves, it is an exercise that we all like! Over the past year, I have bought some Back to the Future or Ghostbusters merchandise simply because they gave me an indelible memory. From time to time I watch the movies again… and I enjoy them a lot despite the years. This is how it works. However, I do not expect to make a remake of the movie starring Michael J. Fox and the “reboot” of the mythical ghost comedy and I don’t even remember what it was about. There are things that belong to the past and there is no more.

The return of the classics is dangerous, because they will never mean the sameWhat’s this all about? To that it begins to sound to me like a meme that with each Direct a Golden Sun or an F-Zero is expected. The illusion is fine but after so many years I doubt that his return can meet expectations. The legend of these licenses has grown even bigger than they were originally… and I think Nintendo knows it. I have come to think that one reason for not recovering licenses in the style of Sin & Punishment or Baten Kaitos is because it would be very difficult to offer something satisfactory for the fan and, at the same time, obtain economic returns. Let’s face it: these sagas are known to you, who are experienced players, but not most of Nintendo Switch users.

Therefore, my position is clear: I prefer Nintendo to focus on the future, instead of looking so much at his past. That they progress in their current proposals, such as the new Zelda Breath of the Wild 2 or Metroid Prime 4. They are games capable of giving us the best that Nintendo can do today, whether we talk about the important field of open worlds or of first person shooter. So I think Splatoon 3 was a perfect ending and much studied in the Nintendo Direct, because it is the present and future of the company. Personally, this is what I most want right now.