Chiquis Rivera revealed that she was evacuated from a plane with a mechanical failure (Video: Instagram @ chiquis)

Chiquis Rivera suffered a scare last Friday when they told him that the plane I was about to fly in had a breakdown. Fortunately this was detected in time and she was able to descend from the ship.

Through her Instagram stories, the singer revealed the news to her followers and explained that she was at the Miami airport.

“Well, everything happens for a reason. We just got off the plane that some part did not work, they wanted to fix it and it could not, so here we are in Miami at the airport ”, the singer began.

Despite what happened, Rivera explained that he would take advantage of the situation and enjoy some drinks with his friends. The singer added that she told her grandmother about what happened and she stressed that God controls things.

“Beverages! I miss tequila! Hey, we have to make the best of every situation, no way. Right now my grandmother just told me: ‘God is in control and he knows why’, because I got off and we got off, “he concluded.

His followers sent him messages of relief knowing that everything was fine, and many more wrote hearts and good wishes on his Instagram account.

Meanwhile, she enjoyed the company of her friends, although on the plane she expressed a little regret for the hangover she was having. After arriving in Miami, he went to enjoy some tacos.

On Saturday morning, Jenni Rivera’s daughter decided to exercise and “burn” the tacos and alcohol she drank the day before. In addition to this, to do her boxing routine, the interpreter decided to use a sweatshirt with the face of her deceased mother. 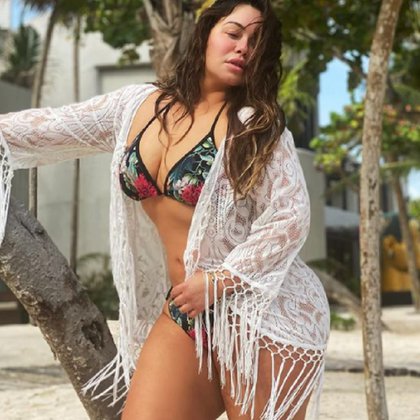 The next day, the singer wore a sweatshirt with her mother’s face (Photo: Instagram @chiquis)

It was the night of December 8, 2012 when Jenni offered a tremendous concert at Arena Monterrey before more than 17 thousand people, who did not imagine that the show would be the last in the life of the “Diva of the band”.

“She says’ how good the media is recording (the concert) because I’m going to be news tomorrow. At that concert Jenni passed it like never before, she sang and cried, turned a lot to heaven, grateful to God“, Said the host Javier Estrella to the program” In his battles. ” The recital that Jenni gave on a stage in the shape of a cross, made do not few took as “a premonition” of what would come next.

Just a few minutes after taking off from the airport in Monterrey, contact was lost with the aircraft in which Arturo Rivera, Jenni’s representative, was also traveling; Mario Macías, his lawyer; Jacob Llenares, her makeup artist; Gerardo “N” and the pilots Miguel Pérez and Alejandro Torres. 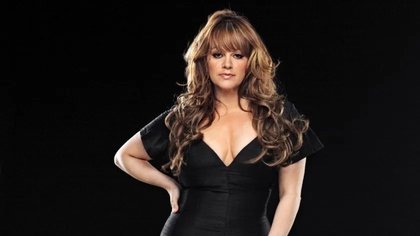 Then began hours of anguish for Jenni’s family and followers until the tragedy was consummated.

The Ministry of Communications and Transportation (SCT) reported that Sunday afternoon that they had found the plane at the “El Tejocote” ranch, Iturbide municipality -in the northern state of Nuevo León.

The Learjet was destroyed and the authorities ended any hope: there were no survivors.

Until that place began a pilgrimage of followers of Jenni. Clothes, photos, IDs were scattered all over the grounds. The displays of pain at the tragedy began, but above all the expressions of affection for the interpreter who gave her voice to millions of women.

Between tears and without being able to breathe, “Chiquis” Rivera gave a news to his followers

“All my imperfections”: the natural image of Chiquis Rivera that achieved more than 250,000 likes

Lorenzo Méndez broke the silence about his break with “Chiquis” Rivera: “I do not wish this to anyone, I hope a miracle”