Home>Entertainment>Movies>Go beyond the surface. New trailer and poster for Pixar’s ‘Luca’

Pixar Animation Studios presents a new trailer and a new poster of ‘Luca‘, debut in the direction of feature films by Enrico Casarosa, known for being responsible for ‘Moon’, Oscar-nominated short film that accompanied ‘Brave (Indomitable)’ in theaters.

Produced by Andrea Warren, who has been collaborating with the company responsible for ‘Onward’ for 20 years (having been for example co-producer of ‘Cars 3’), ‘Luca‘is a funny and heartwarming story about friendship, getting out of your comfort zone, and about two teenage sea monsters living a life-changing summer.

Set in a beautiful coastal town on the Italian Riviera, ‘Luca‘tells a story about the coming of age of a boy who lives an unforgettable summer full of ice cream, pasta and endless scooter rides. Luca shares these adventures with his new best friend, but all the fun is threatened by a deep secret: They are sea monsters from another world that live just below the surface of the water.

‘Luca‘features a cast of voices in its original version led by Jacob Tremblay as Luca Paguro, an intelligent 13-year-old sea monster with infinite curiosity, especially when it comes to the mysterious world above the sea.

Jack Dylan Grazer is voiced by Alberto Scorfano, a very independent adolescent sea monster with an overflowing enthusiasm for the human world, while Emma Berman voices Giulia, a charming and outgoing adventurer who befriends Luca and Alberto. .

For her part, Maya Rudolph lends her voice to Daniela, Luca’s mother, while Marco Barricelli is the voice of Massimo, Giulia’s father, and Jim Gaffigan that of Lorenzo, Luca’s father.

‘Luca‘will premiere both in Spain and in the United States on June 18, as well as’ Soul’ directly on Disney + (at no additional cost).

Click here to see it on YouTube. These and other trilers you can find on our Dailymotion channel,
or in the section of Movie trailers and videos from the web. 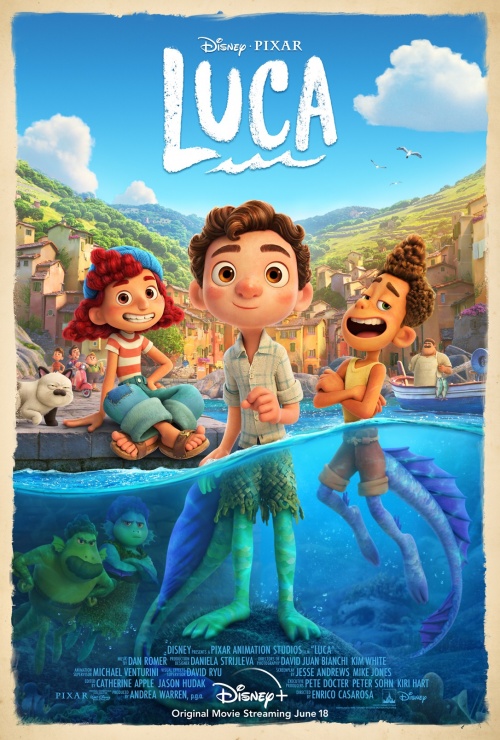