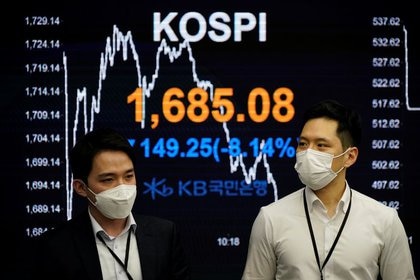 LONDON, Jan 27 (.) – European equity indices opened lower on Wednesday, as investors awaited the close of the Federal Reserve meeting and the results of the big US tech companies.

* The MSCI global equity index, which tracks 49 country stocks, was down 0.1% as of 0842 GMT, following declines in the past week after hitting an all-time high on January 21.

* In the Asian session on Wednesday, stocks were hit by profit-taking as investors were concerned about their high prices.

* The market does not expect the Fed to change its monetary policy, but investors will be on the lookout for changes in tone around the economic outlook and any mention of a slowdown or “reduction” in central bank asset purchases.

* “The big question will be about any timeline for reducing asset purchases, but Powell is likely to take a dovish tone on this and reiterate that it is premature to contemplate this given the challenging short-term outlook and remaining uncertainties,” wrote Jim Reid , Deutsche Bank strategist, in a note to clients.

* Quarterly results from tech giants like Facebook and Apple, to be released later in the session, will also grab market attention.

* While S&P 500 e-mini futures were down about 0.1%, Nasdaq futures were up 0.4% at 0847 GMT, helped by strong Microsoft gains in the previous session. The company said its Azure cloud computing services grew 50%.

* The International Monetary Fund raised its forecast for world economic growth in 2021 and said that the slowdown caused by the coronavirus last year would be almost 1 percentage point less severe than expected.

(Reporting by Elizabeth Howcroft; Edited in Spanish by Ricardo Figueroa)