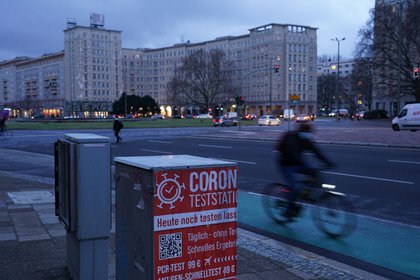 Germany registered 22,368 new cases of coronavirus in the last 24 hours and thus exceeded two million infections since the start of the pandemic, while the number of deaths once again exceeded a thousand, with 1,113 in a day.

The number of positives since the first contagion was announced in the country already adds up 2,000,958 and the dead 44,994, according to data from Robert Koch Institute Virology (RKI), updated last midnight.

The maximum number of infections was registered on December 18 with 33,777 new infections.

In Germany as a whole, the cumulative incidence in the last seven days stands at 146.1 cases per 100,000 inhabitants and new infections added in the last week 121,524. 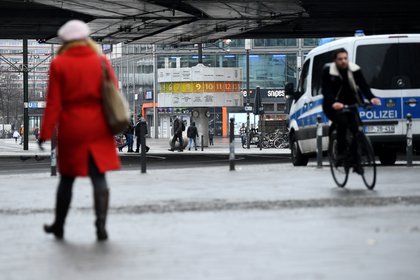 The number of COVID-19 patients in the intensive care units (UCI) last Thursday amounted to 5,125, of which 2,943 -57% – require assisted respiration, according to data from the German Interdisciplinary Association for Intensive Care and Emergency Medicine (DIVI).

In one day they registered 544 new admissions of coronavirus patients to the ICU and 604 discharges, of which 31% correspond to deaths, the RKI specifies in its daily report.

He reproduction factor (R) taking into account infections within a seven-day interval is in Germany as a whole in 1.02, which implies that every hundred infected infect an average of 102 other people.

As of December 26, 2020, the number of people vaccinated against COVID-19 in Germany has risen to 842,455, which corresponds to 10.1 individuals per thousand inhabitants. German media reported last Thursday that the country’s chancellor, Angela Merkel, you want to advance your meeting with regional powers, initially scheduled for January 25, in response to the alarm over a possible spread of new variants of coronavirus and the high numbers of infections and deaths.

In a virtual meeting last night with the leadership of his party, the Christian Democratic Union (CDU), the president also advocated for tighten restrictions, which could include curfews, mandatory use of masks, border controls and restrictions on public transport, as reported by the n-tv network.

The President of the RKI, Lothar wieler, expressed concern about the possible impact of the most infectious mutations of the coronavirus and supported a tightening of restrictions.

Israel’s megatest that the world watches: what were the results of 600,000 vaccinated with Pfizer monitored by the government

COVID-19 in Europe: experts assure that the third wave has already reached Spain