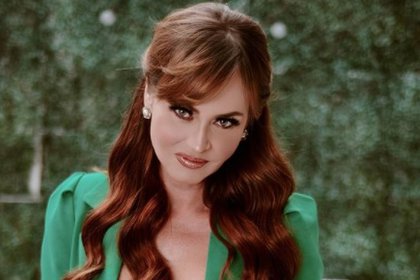 Little by little, new details are being revealed regarding the new Televisa production, the telenovela If they leave us, which is a new version of the classic Woman’s Look, which tells the story of a mature woman and mother of a family who watches threatened her stable marriage by being courted by a young man.

The details of the next stellar telenovela have been released after it was announced that one of the protagonists, the actor Eduardo Yáñez, left the production due to health problems. In his place came Alexis Ayala, who with a 30-year career at Televisa, is until now that he has achieved a starring role.

The female protagonist of the story is Mayrín Villanueva, who will play the role of the mother of the family who finds love outside of her marriage with a younger man. It will not be the first time that Villanueva embodies a mature woman, because just a few months ago she gave life to Camila Sodi’s mother in the new version of the soap opera Rubí, a story produced by Televisa as part of her Dream Factory project. 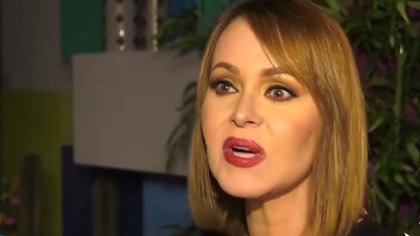 After it was announced that the young heartthrob of the story is the actor Marcus Ornellas, now more details of the cast emerge, as the addition of Gaby Spanic was confirmed as part of the main picture of the story. The Venezuelan actress just landed in Mexico after succeeding in the reality show Dancing With the Stars in hungary, where she showed her skills as a dancer.

Spanic joined the production of Carlos Bardasano to give life to the character of “Fedora”, the best friend of the protagonist, a liberal woman free of moral prejudices who will end up starring in a romance with the son of “Alicia”, played by Mayrín Villanueva.

The 47-year-old actress will play the same character that Margarita Gralia played in the 90s, a socialite from the high Mexican sphere who is dedicated to organizing events for the upper class of the capital city. 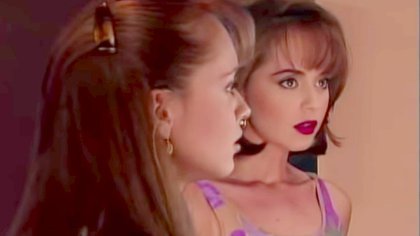 Gaby Spanic rose to world stardom with her interpretation of the Bracho twins (Photo: YouTube TLNovelas)

This participation represents a great challenge for the Venezuelan, due to the characteristics of the characters: A mature woman determined not to age, because, close to 50 years, “Fedora” is enthusiastic about diets, vegan food, cosmetic procedures, and weight loss therapies and keep the skin fresh.

If they leave us is a story written by Leonardo Padrón, who has already participated in the creation of the script for melodramas such as Amar a muerte and Rubí, adapted from an original work by Bernardo Romero.

The direction of the next melodrama is in charge of Luis Manzo, who has already participated in Como tú no hay dos; and Carlos Cock, from Amar a muerte, Rubí and El Dragón. 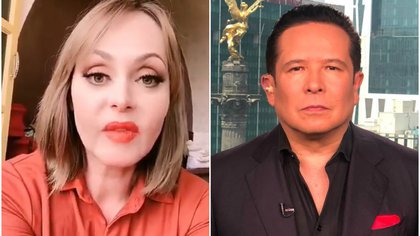 Infante said that to reach the last consequences: the payment of 400 thousand pesos (Instagram)

This soap opera will mark the return of Gaby Spanic not only to Mexico, but to the melodramatic genre, to which she will return after seven years away from the stories of the small screen. The Venezuelan actress has been in the midst of controversy in recent months because she faced a legal battle against Mexican journalist Gustavo Adolfo Infante, who defeated the star in court,

The actress lost the long lawsuit for defamation and moral damages against the journalist and driver last September. This was announced by the communicator in his program First Hand. The legal process in which both were involved lasted a year and a half, from the beginning of 2019.

As reported by the journalist’s lawyer, Antonio Beceiro, the actress will have to pay an amount close to 400 thousand pesos to cover the cost of the legal process, something that was taken to the last instances, because every time a legal entity gave the journalist victory, she requested an amparo, but everything culminated when the final resolution on the case was given.

Gabriela Spanic revealed that she tested positive for COVID-19

The photo of Gaby Spanic that sparked criticism for her appearance