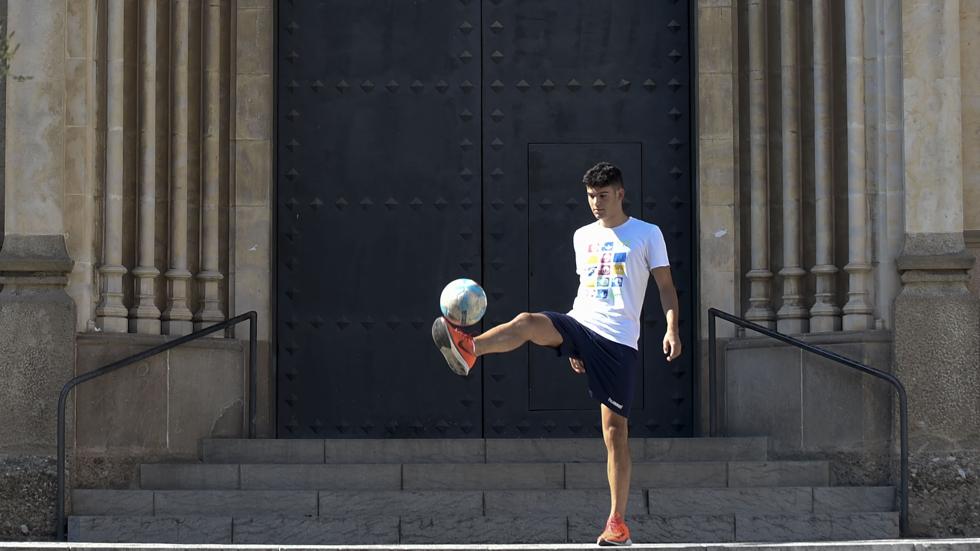 Armand
Vallès (1.93 cm) he left Sabadell for Madrid last October in search of his dream: to make a name for himself in the world of football. At only 16 years old (now 17) he took his suitcases and headed to the capital to play in the Youth B of the Real Madrid and, little by little and step by step, go up the steps with the aim of reaching the Raúl González subsidiary in three years. This is how he signed it in his contract and that is how he has proposed it to be.

A few months have passed, but enough to prove to himself that, after being rejected in his land by some, he made the right decision. And it is that since he arrived at the White House, to the extreme everything has gone smoothly. Not without effort. Armand is delighted, happy, and it can be said that he has adapted to all levels.

He started by playing friendlies and scoring. He has played six league games and in four of them he has started. In addition, he made his big debut with two goals and later, in the absence of these, he has distributed assists. He feels comfortable in his natural position after bad past experiences on other teams. Whether in 4-3-3 or 4-4-2, his coach, Javier Vázquez, places him on the right wing, which is where he performs best.

He has already made his debut with Juvenil A in friendlies

When he arrived, he did a month of preseason with Youth A and even played a friendly with the elders, which he surely did not expect. But he takes it easy, calm as he is. With work will come the reward. It is clear to him.

And if football is giving him joy, so is his studies. He is successful in his second year of high school and he is delighted in the residence he lives in. They pave the way for them and he responds with humility and responsibility, two of his most outstanding qualities despite his enviable youth. Although he closely follows the ups and downs of his CE Sabadell, which is fighting to avoid relegation, today he is already a bit of a Madridista. There he begins to feel at home and if everything goes as expected, he will soon fulfill his wish to reach Castilla. From there, anything can happen. Football, like life, takes many turns.