Although a few months ago they were seen very close and loving in Mexico City, “Chiquis” Rivera described Mr. Tempo as a “liar”, “toxic” and “profiteer”, after the businessman spoke of his plans to launch a brand of tequila together, as well as a supposed closeness through phone calls and messages.

Jenni Rivera’s daughter exploded against Jorge Cueva, who stated in an interview with Suelta la Sopa that Negotiations exist to put a joint tequila on sale and revealed various aspects of his romantic situation.

Mr. Tempo told the Telemundo entertainment program that the tequila he plans to launch with Janney Marín, as he is also known, is called “Reina del Sur”.

“They are talking about the contract that is being done and right now they are with the design of the label …”, He said when clarifying that he did hear about the controversy between “Chiquis” and his family over the launch of Jenni Rivera’s tequila. 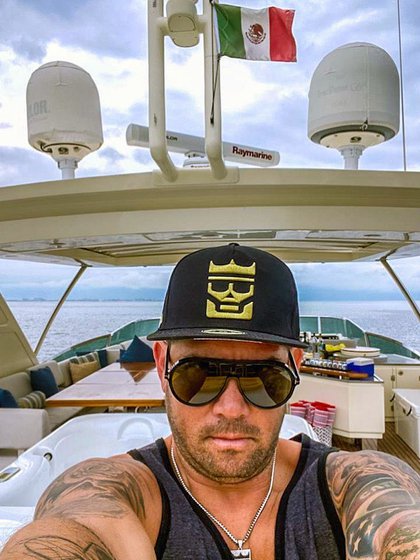 Cueva stressed that for a long time he has not seen the winning singer of a Latin Gammy, but the business is still going on now from the hand of his collaborator: “For the good of the business, of society, I passed it on to my partner.”

According to the businessman, he still maintains contact with the famous and even spoke with her when he met with Lorenzo Méndez in El Paso, Texas, at the beginning of last December.

“She and I spoke, in fact she spoke to me from Texas. We were on the phone when she was with him … We talked about tequila, friendship, greetings and that’s it ”, commented on his closeness with “Chiquis” Rivera.

He stressed that he is a “friend” of the famous and although he did not want to talk more about the kiss that occurred two months ago, he did deny that he was pregnant.

The statements of Mr. Tempo unleashed the fury of the interpreter of Me vale, who used his Twitter account to respond to the businessman and emphasize that he prefers to give priority to what really matters to him. 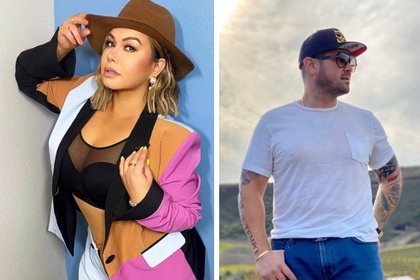 “EXCLUSIVELY to my Twitter friends: I HAVE NO PLANS TO MAKE A TEQUILA WITH ANYONE right now, ”he wrote.

“Chiquis” Rivera also shared other harsh messages. “I can’t handle LYING people !!!!!!!! There is nothing else that I dislike ”and“ Pinch * people taken advantage of, seeking fame at the expense of other people. Smh. Sad! ”.

Janney Marín asked his followers not to believe the false versions about his life: “PLEASE, nor they are created from everything they hear, read or even what they SEE, that not all that glitters is gold. TRUST me ”.

And he preferred to highlight the good that is coming this 2021 and what he has worked for a long time, such as his recent nominations for the Lo Nuestoooo Awards.

He also finished off with another powerful message: “2021 Chiquis against toxic, abusive, liar and asshole people *. Happy woman raising a hand. Woman with disapproval gesture. Woman cocking her hand. Who’s with me?? You no longer have to deal with things that just pull you down and don’t help you grow and improve as a person. “

Despite “Chiquis” defended himself very well from Twitter, Lorenzo Méndez also reacted through the social network: “The truth will always prevail.”

It was last September when “Chiquis” Rivera revealed her estrangement from Lorenzo Méndez and days later she was seen in a very romantic attitude with the Mexican businessman, Jorge Cuevas, better known as “Mr. Tempo”.

For this new relationship, she was accused of being unfaithful, which soon came out to clarify: “I was not unfaithful, never in my life and he knows it, Lorenzo knows it and he knows the reasons for our separation. Out of respect for her mother, her daughter and Lorenzo, I have not discussed the details ”.

“It’s real”: Mr Tempo spoke about his romance with Chiquis Rivera and assured that he will wait patiently for him to divorce

“I was not unfaithful”: Chiquis Rivera responded to the attacks after her kiss with Mr. Tempo