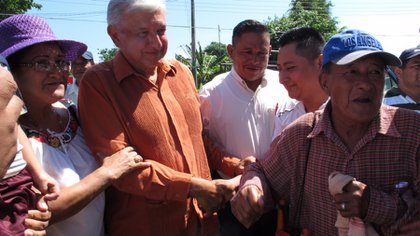 The National Anti-AMLO Front (FRENAAA) convened this Saturday a “Economic unemployment” so that citizens don’t pay taxes, as a “non-violent” protest before the government headed by Andrés Manuel López Obrador.

Gilberto Lozano, leader of the movement, pointed out at a rally at the Angel of Independence that the resistance should last between 15 and 20 days.

“We declare the beginning of a boycott of the payment of taxes, we declare this moment that we are going to hang the pig because we are not going to give him a penny”Lozano exclaimed.

However, this is not the first time that a civil society movement has refused to meet its payment obligations to the government. the same Lopez Obrador, in 1995, began a peaceful civil resistance in Tabasco, to protest against high costs of the Federal Electricity Commission (CFE). 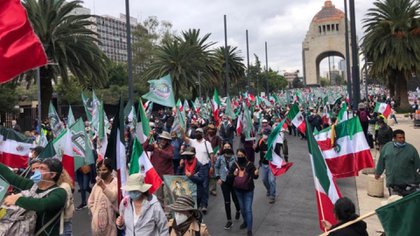 The National Anti-AMLO Front called on citizens to begin a “national economic strike” and demand the resignation of López Obrador (Photo: Twitter @ SoyLaMadraza)

For some years, the Party of the Democratic Revolution (PRD) led the movement; later, National Regeneration Movement (Morena), spoke on behalf of approximately 400,000 Tabasco people.

“The Chontal area of ​​Tabasco will not be allowed to be without electricity. Peaceful civil resistance must continue until the clean slate, a fair fee in the state “said Andrés Manuel on October 31, 2015 in Tacoal, Tabasco.

At the head of the Mexican presidency, López Obrador assured that his government had already complied with the demands of the Tabasco people. According to the president, the governor Adán Augusto López reached an agreement with the CFE to lower the quota and thus end the civil resistance.

The agreement was fulfilled; In other words, I repeat, a new stage of… The candidates of all the parties had offered that if they won they would solve the problem and that was how some time passed; they did not solve it, until now it is solved. The civil resistance issue is over with the commitment that a fair rate be paid and that is what was achieved in Tabasco 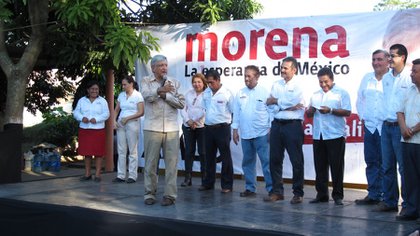 During his years at the helm of Morena, López Obrador protested in favor of fair electricity rates for Tabasco people (Photo: lopezobrador.org)

Through the covenant called “Goodbye to your debt”, the government of Tabasco proposed to condone 11,000 million pesos to the citizens of said entity. Only half of the people who were in civil resistance joined the program that ended on August 31.

According Jose Antonio De La Vega, Secretary for Energy Development (Sedener) of Tabasco, the state administration is in talks with the parastatal company headed by Manuel Bartlett so that a new extension is approved and more users join the agreement.

“What we have to understand is that these are private debts with the CFE, that is, it is not a government problem, The CFE proposes at the request of the President of the Republic that there could be a clean slate and that we could access a rate that we did not haveIn Tabasco we had Tariff C and D alternating in various geographical areas of the State and today all those who accessed the tariff and those who were regularized in a normal way have Tariff 1F, which is the cheapest tariff of the electric spectrum in the country ”, He detailed last September. 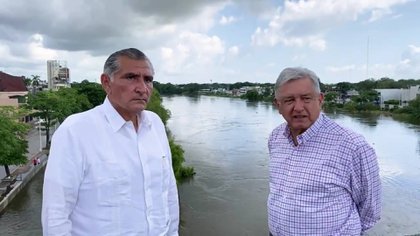 The official pointed out that the agreement represents an advance for citizens, as it satisfies the requirement to access Rate 1F, the lowest in the National Electric System.

“We are already in talks with the CFE to do it, In any case, it is convenient for the CFE that any citizen who did not pay, go and pay their settlement, pay your contract, enter to pay for the regularization, then the CFE, I understand that by common sense, by practical sense it will have to accept that people can go at any time to do so ”, he specified.

“The bad decision was made to stop creating passenger trains”: AMLO announced 2,000 km of tracks for modern trains

Emergency in Tabasco: Civil Protection asks the population to evacuate at the levels of the Usumacinta River

“We declare the beginning of an economic boycott”: FRENAAA called for not paying taxes to demand AMLO’s resignation