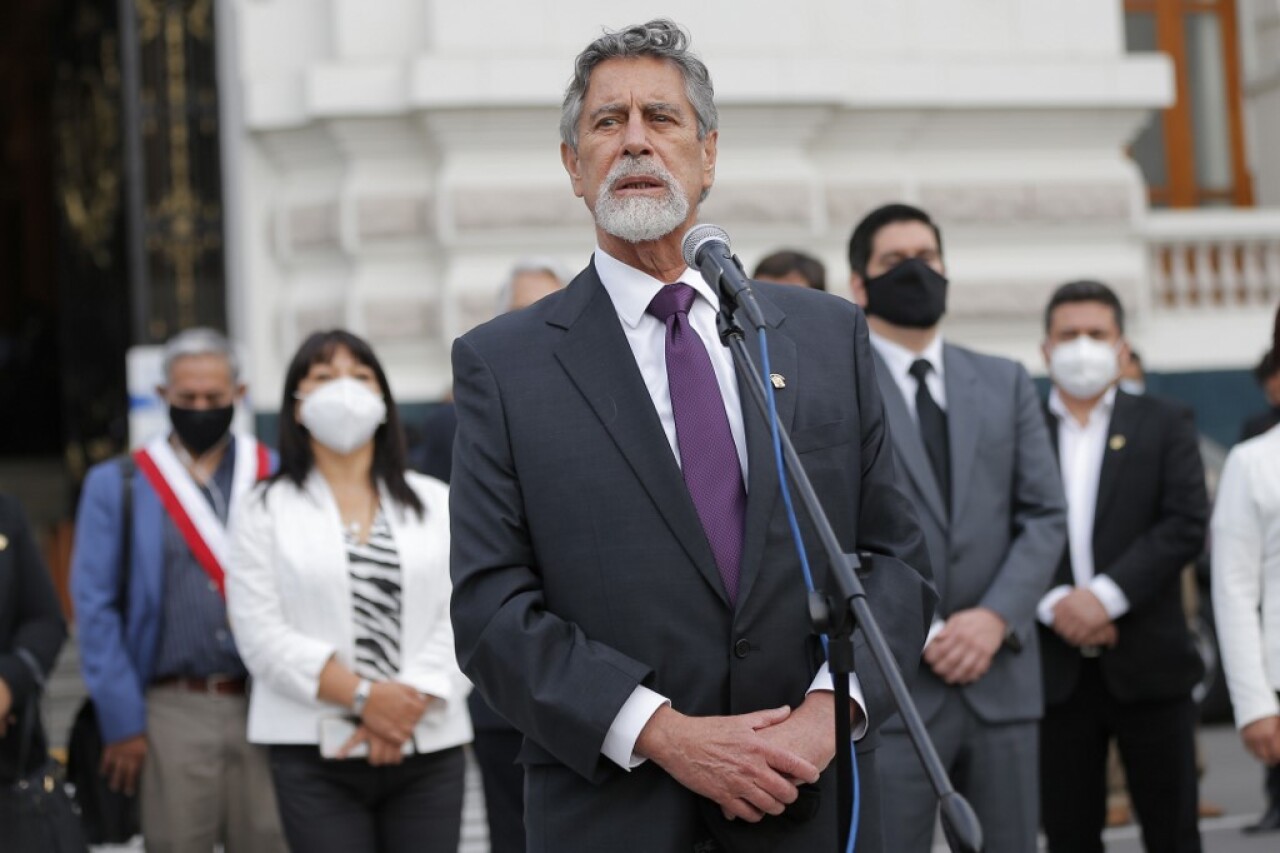 The engineer told RPP that he is “consulting with many people” with the intention of forming a “broad cabinet that represents the diversity and plurality” of his country, “with experienced people and the ability to work as a team.”

“If they are people with experience, integrity and the desire to work, I think we would be wrong to put them aside,” Sagasti told local television channel Canal N.

In the interview with RPP, Sagasti added that he is going to work to form his government “slowly but surely” because he prefers “to have a good cabinet”, even though he is “aware of the urgency of this.”

“Hopefully we can have all the diversity that exists in our country, the idea is to summon the best team and do it as quickly as possible,” he said.

Peru took this Monday the first step towards a democratic and peaceful transition after the serious political and social crisis of the last week, with the election of Sagasti in the midst of citizen protests that occurred throughout the country.

After being sworn in as president of the Legislature, the previous step to assuming the leadership of the State, Sagasti affirmed that he will do “everything possible to restore hope to the citizens” of his country.

Sagasti will be Peru’s fourth president in less than three years, following the departures of Vizcarra and Merino, and the resignation of Kuczynski in 2018 over allegations of corruption.