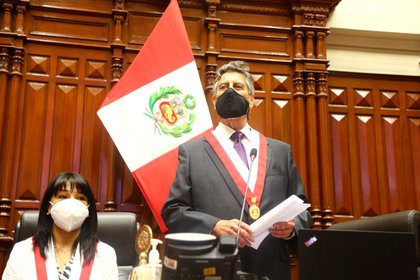 Francisco Sagasti was sworn in on Tuesday as the new interim president of Peru. The leader of the Purple Party took office a day after Congress approved a new Board of Directors, after the resignation on Sunday of President Manuel Merino.

Mirtha Vasquez Chuquilin, who began the session with a request for a minute of silence in tribute to the two protesters who died in the protests last weekend and for the victims of the pandemic, assumed the position of interim vice president.

After 5 p.m. local time, and after the vice presidents of the Board of Directors convened and accompanied Sagasti to the hemicycle, the new head of state was sworn in before the plenary session to assume the functions of President of the Republic.

In his message to Congress, he began by remembering the young people “sadly deceased during the last days.” “They expressed and saw the citizen mobilization carried out in legitimate exercise of the fundamental right to protest.” In addition, he thanked the presence in the hemicycle of the relatives of Jack Pintado, 22 years old, and Inti Sotelo, 24 years old.

“We cannot bring these young people back to life, but we can prevent it from happening again, decisively supporting the injured, some of them seriously. On behalf of the State, I apologize to their families and to them. And to all the young people who marched for democracy, ”he said.

The leader of the Purple Party comes to power in the middle of one of the worst political crises in the history of Peru. Vizcarra was dismissed on November 9 after the approval of a vote of no confidence in Congress and the position was assumed by Merino, but as soon as he took office, protests began that worsened until on Saturday two people died and 107 were injured. in the mobilizations, of which 34 remain hospitalized. There are also 65 missing. Sagasti’s main objective will be to mitigate the political storm in the country and lead a peaceful transition until the presidential elections in April 2021. The inauguration of the president would take place on July 28, 2021.

In dialogue with the local station RPP, Sagasti said that as soon as he assumes the Presidency, will assume “responsibility as a State” for the two fatalities and the dozens of injured that left the massive citizen protests that occurred during the last week against the government of his predecessor, Manuel Merino, who resigned due to citizen pressure. 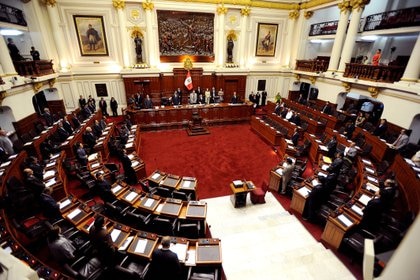 The Congress of Peru approved a new Board of Directors, headed by Francisco Sagasti

“I am convinced and I believe that the State owes an apology not only to young people but to citizens in general”He also indicated before praising the work of the “courageous reporters” who risked their safety to cover and leave testimony of the violent police repression.

The future ruler indicated that he will make sure that the police who acted with violence are punished and considered that the agents have to be trained and establish a direction that allows “avoiding excesses.”

“Count on my commitment, with the support to the relatives and relatives of these two young people who have died, to the people who are injured, count on the commitment to work for the country and to keep citizens informed,” he emphasized.

That gesture was crystallized this Tuesday, when the relatives of 22-year-old Jack Pintado and 24-year-old Inti Sotelo, the two victims of police repression, were invited to Congress to observe Sagasti’s takeover.

For his part, the president maintained that is already working on the formation of a “broad cabinet that represents the diversity and plurality” of the country, “With experienced people and the ability to work as a team.” “We hope to find those responsible for the ministries capable of working as a team and at this moment we have criteria, I cannot advance any names.”

He added that he will work to form his Government “slowly but surely”, because he prefers “to have a good cabinet”, even though he is “aware of the urgency of this.” 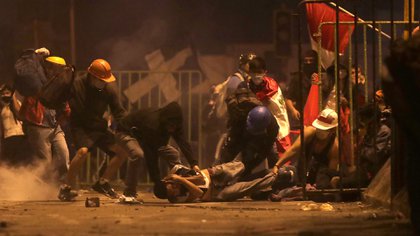 “Hopefully we can have all the diversity that exists in our country, the idea is to summon the best team and do it as quickly as possible,” he said.

Sagasti’s main objective will be to mitigate the political storm in the country and lead a peaceful transition until the presidential elections in April 2021. The inauguration of the president would take place on July 28, 2021.

The brand-new president of Peru is a figure of relative consensus, well regarded by both the left and the right, and with a profile that can help reassure a citizenry fed up with the political maneuvers and subordinate interests evidenced by the parties that imposed the removal of Vizcarra and the assumption of Merino. 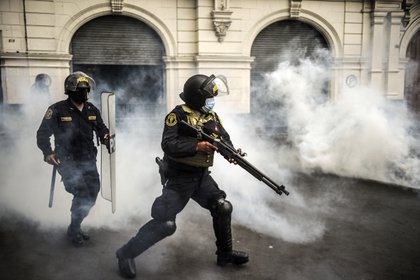 The repression against protesters in Peru left two dead, dozens injured and more than 40 people missing (Photo by ERNESTO BENAVIDES / .)

The UN will send a mission to Peru

The United Nations Office for Human Rights announced on Monday that it will send a mission to Peru to investigate possible violations of fundamental freedoms during the current political crisis in that country.

The institution’s spokesperson Marta Hurtado confirmed to the . agency the dispatch of the mission of experts and expressed the concern of the office headed by the high commissioner Michelle Bachelet due to the complaints of an unnecessary and excessive use of force by the security forces, as well as detentions without due process. The mission was invited by the Peruvian authorities.

The official also expressed the office’s regret for the death of two young protesters – apparently in cases where such excessive use of force took place – and called for an impartial and transparent investigation into the circumstances of those events. “We are also concerned about reports that speak of more than 90 injured when they participated in peaceful demonstrations”, said the official source.

The spokeswoman reminded the Peruvian authorities that “any use of force by security forces must be reasonable, legal and proportionate to the level of the threat” and that firearms should not be used to control demonstrations.

Who is Francisco Sagasti, the new interim president of Peru