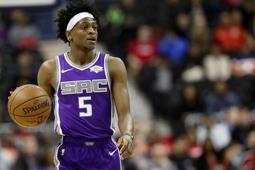 De’Aaron Fox has extended his contract with the Sacramento Kings. Maximum extension agreement: 163 million dollars for 5 seasons. The parties are now tied until 2026.

The agreement has been advanced by Shams Charania (.), who has affirmed on Twitter that this maximum extension could become super maximum, since there are clauses that could take the player’s earnings up to 195.6 million dollars.

The Lakers have seized free agent Wes Matthews. The veteran played last season for the Milwaukee Bucks. The deal is worth $ 3.6 million for one season. It has been advanced by Shams Charania (.).

Facundo Campazzo lands in the NBA. Argentina once again has representation in the best league in the world. The Argentine guard leaves Real Madrid and signs for 2 seasons with the powerful Denver Nuggets.

HoopsHype was the first to report that the agreement is for 2 years. And shortly after Adrian Wojnarowski (ESPN) confirmed it after speaking with the player’s agent, Alex Saratsis.

A three-way deal between the Boston Celtics, Portland Trail Blazers and Memphis Grizzlies marks the return of Enes Kanter to Portland. The former FC Barcelona player Mario Hezonja is also involved in it.

Portland hosts Kanter. Memphis stays with Hezonja and the 30th pick from the recent draft (Desmond Bane). And Boston gets future draft consideration from the Grizzlies.