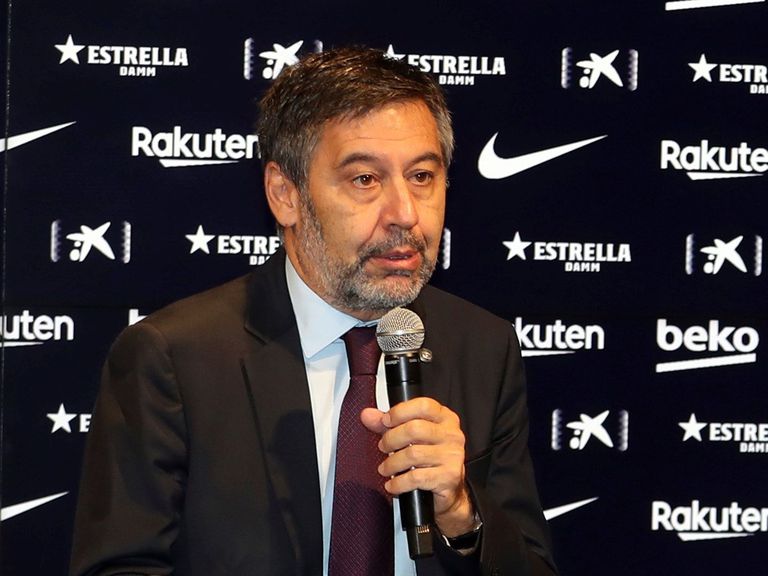 The pandemic has wreaked havoc on football clubs, which have seen their income dwindled to the point of asking their workers and athletes to cut their salary twice, as has been the case with Barcelona. Assuming that it should not be easy to govern and manage misery, it should also be said that it is not acceptable to use the covid-19 to justify all the penalties of Barça. The feeling is that very often the virus works as if it were a carpet that serves to hide the filth of the last years of the mandate of the Josep Maria Bartomeu board.

The junta is certainly not guilty of the plagues of Egypt. On the other hand, it has been responsible for the fact that the salary mass of the footballers has skyrocketed and also that the Espai Barça that the partners voted for in 2014 has not yet been given flight. The managers have been victims after all of grandiloquence that has surpassed them as it was seen when they presented a last budget of more than one billion. Pretending is usually a bad deal; It is enough to notice the hole of 97 million that the last year has left or the debt of 820 million in addition to the operations of economic makeup such as those of exchanging Neto for Cillessen or Arthur for Pjanic.

Barcelona will no longer be the sports entity with the most income; It has also stopped having the best team in the world; It has been known for a long time that the Masia is touched every day to be able to balance the accounts and market when necessary; and it’s hard to believe that Barça is more than a club when the spokesperson is a member of the current Barcelona council. The Messi brand continues to be the umbrella of the Camp Nou. It is very easy to fill your mouth talking about how good Barça is. What is difficult is to express it with facts, or even with small details, as has been seen, for example, with the transfer of Rafinha.

The player was practically given away due to poor salary policy and the need to fill in the first team chips after it was announced that he would be sold for 16 million. The board not only got rid of him but also favored his signing for PSG, the club that has most upset Barça since Neymar’s flight to Paris, the same club that did not want to negotiate the transfer of footballers such as Verrati or Marquinhos. Today it is known that Barça does not have a penny and has had no choice but to applaud for the winter market the possible incorporations of Eric García and Depay after proclaiming during the summer that they would buy Lautaro.

He has led to believe so many things that now it costs God and it helps to recognize Barça. And it will not be easy for it to be rebuilt once the new president has been elected. It is not yet known when Bartomeu’s term will end with a vote of no confidence in the process that has been validated by almost 20,000 signatures of partners. The figure is still being debated despite the fact that dissatisfaction with the management of the Bartomeu board has become clear. The president, in any case, never finds the moment or the argument to resign despite having had different occasions to do so; it is their right, as long as the rules of the game and social control, unique to Barça, are respected.

It is curious to see how the most supervisory board, the one that initiated a liability action against the previous board of directors and supported the vote of no confidence against Laporta, now does not want to be audited, especially when it is being investigated by the Mossos for matters that smell bad like Barçagate. It is not surprising, therefore, that thousands of partners try to set the day and time to leave it with the permission of the health regulations and the Generalitat. There are many Barça fans who don’t know what they want, but they do know what they don’t want; they are angry with Bartomeu.

Surely it is easier to join forces to go against someone than in their favor, as can be seen in the different candidacies for the next elections. At this point, perhaps it would be interesting to also know if Bartomeu is able to mobilize many partners who vote for his continuity instead of trying to make the motion difficult with a complaint to the Civil Guard. You can win or lose a game; What is not appropriate is not to let people play when it has been known that there has been football every week for a long time, even if people cannot enter the stadium because of covid-19.