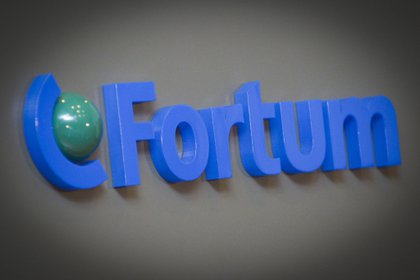 Detail of the Fortum logo at the headquarters of the electricity company in Espoo (Finland). . / Kimmo Brandt / Archive

. (), 11/17/2020.-Helsinki, Nov 17 . .- The Finnish electricity company Fortum obtained a net profit of 1,461 million euros (1,734 million dollars) in the first nine months of the year, which means an increase of 28% compared to the same period in 2019, the company reported today.
The gross operating profit (ebitda) of Fortum, one of the largest electricity groups in the Nordic countries, increased by 79% year-on-year between January and September, to 1,949 million euros (2,313.7 million dollars).
Its operating profit stood at 1,186 million euros (1,408.1 million dollars), 78% more than in the first nine months of 2019, thanks to the sale of its district heating business in two Finnish cities, although its profit Comparable operating (excluding extraordinary) fell 46.5% to 424 million.
Fortum’s results benefited from an extra income of 24,524 million euros (29,117.2 million dollars) from the German power company Uniper, a former subsidiary of the giant E.ON, in which it is the majority shareholder with a 75% stake. .
The consolidation of Uniper’s results after its acquisition last March allowed Fortum to multiply its turnover by seven compared to the first nine months of 2019 and to earn 27,736 million euros (32,933.4 million dollars), of which 88% comes from the German subsidiary.
However, its profitability suffered due to the collapse of the price of electricity in all its markets, especially in the Nordic Nord Pool, where it fell by 75% in year-on-year terms, to 10 euros per megawatt hour (MWh).
Fortum’s total energy production in these nine months reached 97 terawatt hours (TWh), 73.8% more year-on-year, thanks to the notable increase in generation in Russia and the Nordic countries and the contribution of Uniper, which produced the 17% of the group’s electricity.
Fortum’s business in Russian territory reduced its turnover by 9.6%, to 691 million euros, due to the drop in the price of electricity in the country and the devaluation of the ruble against the euro, so its operating profit fell up to 176 million euros, 21% less.
For its part, City Solutions, the district heating and cooling division, reduced its revenues by 11.5%, to 738 million euros, although it obtained an operating profit of 731 million, sixteen times more, thanks to the sale of its business heating system in the eastern region of Joensuu.