In Hungary, F3 played the fourth weekend of the seven scheduled. Hauger and Prema dominate, while Correa advances in his recovery and Campos closes the teams’ general classification.

The F3 race was the prelude to F1 in Hungary. Juan Manuel Correa emerges from the curtain of water

The Formula 3 season, which has no Spanish in the running, is being dominated by the Prema team and one of its drivers, 18-year-old Norwegian Dennis Hauger. The last weekend of the four disputed so far (the championship started in Montmeló) was Prema dominance in qualifying, with Arthur Leclerc taking pole followed by the championship leader in second position. Of the three races that took place over the weekend, the first was won by the Italian driver from Campos, Lorenzo Colombo and it was very emotional. On the podium was Adrián Jr. who dedicated the victory to the memory of his father, however a failure to leave the distance with the safety car, caused Colombo to be sanctioned with 2 seconds falling to seventh place. The tribute to the remembered Adrián was done and in the end, although they did not add the victory points, they did have the satisfaction of seeing one of their pilots win. In the second race Colombo was seventh again and Campos’ 10 points overall are due to Colombo’s results in the first two Hungarian races. 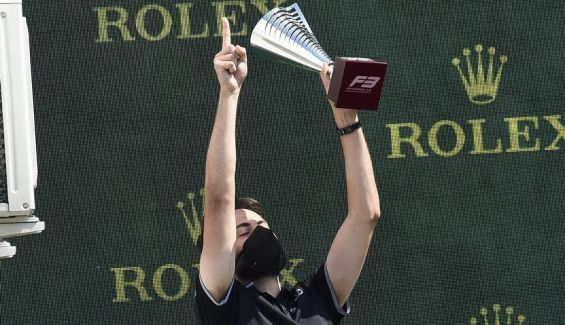 Dennis Hauger achieved fifth position in the first two races and won third, consolidating his position in the championship, in which he leads with 39 points of difference over his teammate, 19-year-old Englishman Olli Cadwell. Among the highlights of this mid-season is Juan Manuel Correa, who has the challenge of being in F2 next year, this season being the tuning, physical and sporting season, thinking about 2022. Juan Manuel who continues to battle in each race in the center of the peloton, he has not yet recovered from his leg injuries, consequences of the accident suffered in Spa in 2019, but the miracle of his recovery continues.

Precisely the number 14, which was the protagonist with Fernando Alonso in F1, coincided with the position that Juan Manuel Correa occupied throughout the weekend. Fourteen in qualifying and the same figure in the three races.

Juan Manuel Correa was subscribed to number 14 throughout the weekend of the Hungarian GP of Formula 3: he was 14th in qualifying, in race 1, in race 2 and finally in the third disputed on Sunday and that was the prelude of what was going to be F1, with a rainy start.

Third victory of the season for the Norwegian Dennis Hauger, who in the race beat the author of the pole, his PREMA teammate Arthur Leclerc. The two from Prema shared the podium with Jack Doohan in the third race on Sunday morning. All the drivers mounted rain tires on the starting grid of race 3 of the Hungarian GP of Formula 3, due to the heavy downpour that fell minutes before starting, and they continued to use them until the end, although the track had been drying out. little by little, without becoming completely dry.

Hauger and Prema dominate the F3 championship after 12 races

Due to the difficult weather conditions, the 30 drivers did two formation laps behind the Safety Car and then made a flying start. Visibility was almost nil, due to the large curtain of water that the cars gave off. There were no incidents at the start, but at Turn 9 Martins ran into Rasmussen, crashed into the guards and the safety car came out.

Once the safety car was withdrawn after 2 laps on the track, the race was relaunched with Juan Manuel Correa in 15th position. It had stopped raining, but there was a lot of water left on the asphalt and Juan Manuel regained 14th place. The question was choosing the moment to put dry tires. Nannini was the first to take a chance and it quickly became clear that he was not the best choice as the track did not dry as fast as expected and keeping the car on the track was difficult. With 3 laps to go, the safety car came out due to the accident between Cohen and Tohth (Campos). Juan Manuel had defended his position with fervor and after the withdrawal of the safety car it seemed that there could be an opportunity to move up some position, however there was no opportunity as the race ended behind the safety car after doing 20 laps of the 22 scheduled, since the maximum race time of 40 minutes was exceeded. 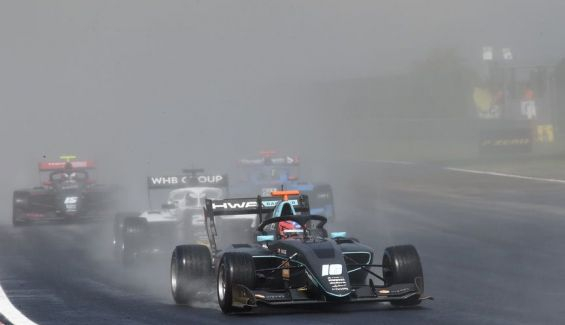 Juan Manuel Correa was not very satisfied with the car after finishing the race, but after the first four race weekends, the initial goal of the season has been completed. The ideal was to be at this stage of the season in the center of the peloton and that has been achieved. Now in the second part of the season, which will begin at the end of August, the objective is not only to be in the points in each race, but also to opt for the podium in the final stretch of the championship.

This is the analysis of the career of Juan Manuel Correa, who together with the Mexican Rafael Villagómez are the only Spanish-speaking among the 30 registered.

“It was very difficult to be able to have an adequate pace to progress in the race. The track conditions varied quite a bit from start to finish and the tire pressures were not the best for the track conditions. I had a lot of problems with the front tires and when the situation improved it was too late and the race ended with the safety car on the track and two laps ahead of schedule, so there wasn’t much to do ”, 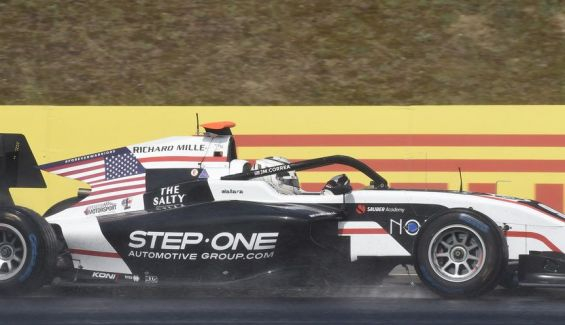 The next appointment will be the Belgian GP, ​​at the Spa-Francorchamps circuit from August 27 to 29.