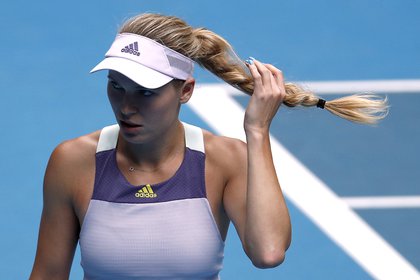 One of the great tennis players of the women’s circuit in recent times has been Caroline wozniacki, who became number 1 in the world and in 2018 won the Australian Open, tournament in which he played his last game as a professional this year. Has only 30 years but he decided to retire due to a severe illness that he still struggles with.

In the last years of his career, Wozniacki had to live with a rheumatoid arthritis. The Danish player saw from one day to the next how her physique did not respond and she spoke about that in an interview with the Spanish newspaper MARCA.

“I became a new Caroline. One day you want to get out of bed and you can’t even move. You are one of the best tennis players in the world, recognized for your athletic ability, and you do not move. It was a shock not even being able to move my arms”, He recounted. 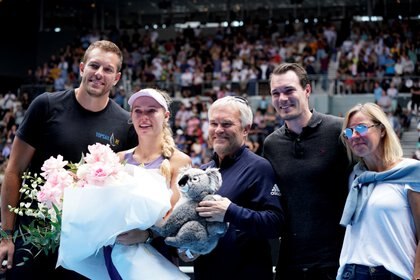 Caroline Wozniacki in her last game, with her husband David Lee, her father Piotr, her mother Anna and her brother Patrik (REUTERS)

She was so affected that she decided to become an ambassador for chronic inflammatory diseases, partnering with a biopharmaceutical company called UCB for the launch of a campaign called ‘Advantage Hers’.

“I found a good rheumatologist and now i live a normal life within what fits. Sometimes the disease can me, but in others I am the one who defeats it. I am happy helping people learn exactly what rheumatoid arthritis is. When it took me so long to find a true diagnosis, I decided that I was going to help whatever was necessary because it can affect anyone, young or old, “explained the former tennis player. 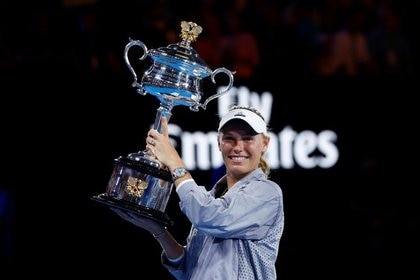 About those years when she had to go through the disease and play at the same time, Miss Sunshine explained that she took it as a challenge: “I won the title in Beijing and played very well in the Masters. You have to learn to live with it. As a tennis player you want to be at your highest level all the time and sometimes it is not possible. I saw it as a way to improve myself. I had to listen to my body. Sometimes I would get up and not feel well. The solution was to rest for a day. In the end, I learned to handle it. “

Among other things, Wozniacki He also commented that he does not miss tennis but did not rule out a comeback. “I don’t think so, but crazier things have happened in this life, so I’m never going to say never. At this moment what I want is to live in a relaxed way, “he clarified.

The shocking story of the trans tennis player who today is Argentina’s No. 3 in the senior female category

The drama of a former Wimbledon champion: she changed tennis for modeling and receives constant criticism on her social networks