Ximena Navarrete is filled with emotion, after having revealed to her fans one of the news that she had longed for the most: she is pregnant and is almost halfway through her pregnancy so she can soon have her baby in her arms.

The news was revealed by the former Miss Universe herself, who took to her social networks to share the good news, and did so through two beautiful messages.

In the first, the former Mexican beauty queen posted an ultrasound image, in which she officially presented the first image of her baby and confessed to jumping for joy at a moment in her life that she was longing for with great enthusiasm.

“My sky is painted in colors with the most desired and expected rainbow esperado of my life. My baby, you cannot imagine how much we have dreamed of having you in our family. We love you and we hope with all our heart, love and hope, ”said the Mexican, who won the crown as Miss Universe in 2010.

The news takes on special importance for Ximena Navarrete and her husband, businessman Juan Carlos Valladares, whom she married four years ago, after having lived a hard time two years ago after losing her first baby, weeks after learning that she was pregnant. .

The also actress of the telenovela “La Tempestad”, in which she starred alongside William Levy, shared a second message where she boasted of the cover of the magazine Hola! where she reconfirmed the news of her pregnancy, posing with her husband.

Ximena took the opportunity to thank the doctor who has advised and treated her in the middle of this process to lead a healthy pregnancy.

“Infinite thanks dear @drgerardobarroso for being part of our family and our history. Thank God we were able to find the best doctor there is to help us on this path. Eternally grateful to you and your team @clinicanascere for existing, “said the ex-queen, showing that launching herself again in the attempt to make her dream of being a mother come true has not been exactly rosy.

“It has not been an easy road, later I will be able to tell you and talk about this. For now, you will find a large part of our history and what we have lived through in the pages of the most recent edition of @hola_mx, which, as always, allow me to express respecting every word that comes out of my mouth. Thank you very much team HOLA! ”, Added the second Miss Universe that Mexico has had.

And although Ximena has not yet revealed the sex of her baby, she was clear in commenting on her total gestation time and took the opportunity to ask her loyal Instagram followers to tell her what sex they think her baby will be, while dedicating loving words to her to her husband.

“I am 4 months pregnant, thank God everything is going very well until today 🙏🏻 what do you think it will be? Boy or girl? 💙💗 @jcvalladares I love you ”, the presenter also concluded.

Comments like “what joy Ximena !!! ❤️ Congratulations!”, “I send you many blessings”, “Congratulations what a great joy ❤️” and “what emotion !!! God’s times are perfect! Blessings ”, were some of the comments that the happy couple received after their announcement. 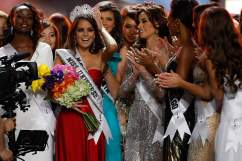 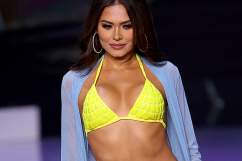