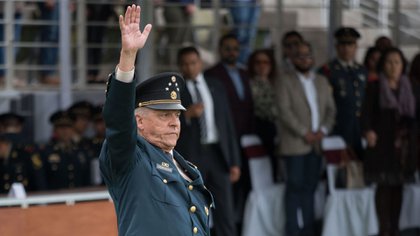 “The United States has determined that sensitive important foreign policy considerations outweigh the government’s interest in pursuing prosecution of the accused, under the totality of circumstances, and therefore require dismissal of the case“, wrote Seth D. DuCharme in a letter filed Monday the 16th and amended this Tuesday the 17th November, by making it publicly accessible.

According to the document consulted by . México, Mexican officials were unaware of the indictment when Cienfuegos’s arrest, on October 15 at the Los Angeles International Airport, California.

“The government has spoken with the defendant’s lawyers, who have confirmed that the defendant consents to this motion.”Adds the introduction.

After Mexican and US officials discussed the case, the US authorities learned that the Attorney General’s Office, headed by Alejandro Gertz Manero, there was already initiated an investigation on their own.

Hence the three charges of conspiracy to manufacture, import and distribute cocaine, methamphetamine and marijuana were requested to be dismissed, in addition to one charge of money laundering that weighed against Cienfuegos since August 14, 2019.

The petition was filed with Judge Carol Bagley Amon, who this Wednesday, November 18, will conduct the hearing in the Eastern District Court of New York.