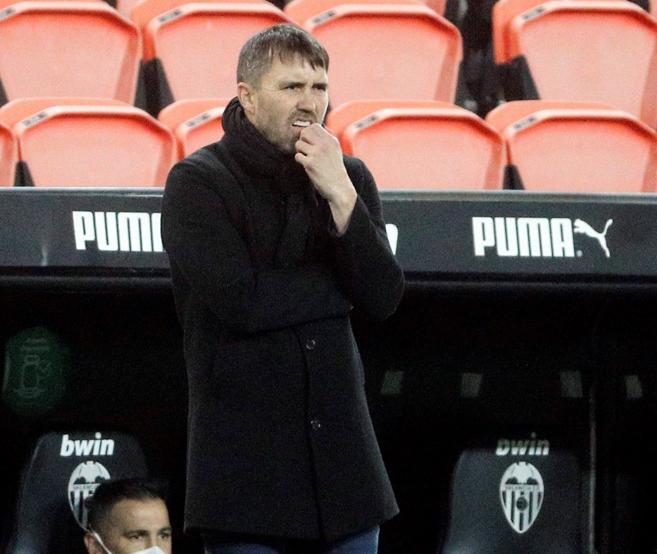 Celta de Vigo coach Eduardo Coudet regretted the defeat suffered this Saturday in the Valencia field by 2-0 and was upset by the expulsion of goalkeeper Rubén Blanco in the absence of half an hour.

“I did not see the repetition but from what I saw on the screen there is no friction and, if there is, it is minimal and that the striker was going out and two of our defenders arrived. For me it was not an infraction but the interpretation that he is the last player is not, ”he explained.

“The first half was blocked, practically none reached the goal and the second we corrected some things but the play of the expulsion was distorted everything, it is very difficult to play so long with one less,” he lamented.

“With one less it is difficult to go for the game although we had a chance. We had started the second half better but with one less so much time we would have taken a good point. We did a lot of wear and tear on the additional and it’s what hurts the most that we were left empty-handed, “he concluded.

Coudet did not want to give importance to the friction he seemed to have with the Valencia coaching staff at the end of the crash. “Everything has been quiet,” he closed.