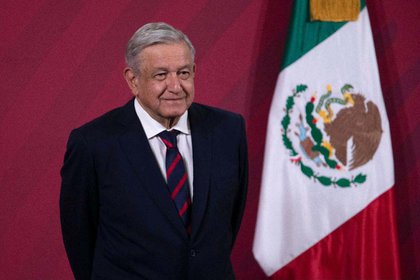 During your participation in the G20 meeting, President Andrés Manuel López Obrador, emphasized the issue of health as a fundamental human right and called on world leaders to work together to achieve economic recovery, after the ravages caused by the pandemic of the COVID-19 in the world.

In front of the representatives of the 20 most powerful economies in the world such as the United States, Russia, China, Germany, Canada, among others; The Mexican president listed five important lessons, which in his opinion, the disease has left us.

1.- Health is a fundamental human right, that the State has to guarantee by putting aside the profit motive, medical attention, vaccines and medicines must be free of universal application, as established by the resolution of Mexico approved at the UN almost unanimously with 179 countries in favor .

2.- Prevention is better than cure. Hence the importance of promoting a healthy diet, avoiding products with excess salt, sugars, fats and chemicals. Let us bear in mind that those most affected by the pandemic have been patients with hypertension, diabetes and obesity; and these chronic diseases are precipitated by poor diet and the absence of physical exercise and sports. 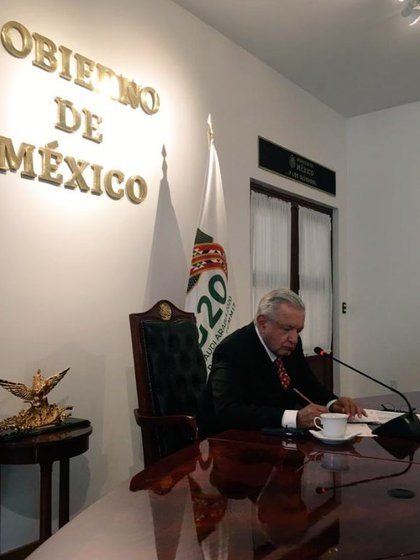 The president of Mexico, Andrés Manuel López Obrador, participated this Saturday in the meeting of the G-20 group (Photo: @GMarquezColin)

3.- Consider the family as the main institution of social security. Avoid their disintegration and do not abandon the elderly in shelters or nursing homes that, however comfortable they may be, will never supply the love offered by loved ones.

4.- Trust more in the responsibility of the people. Guarantee freedom under all circumstances and abandon the temptation to impose authoritarian measures such as excessive confinement or a curfew. Nothing by force, everything by conviction and reason.

5.- The economic rescue must be done from the bottom up. First, help the poor and not focus government actions only on allocating public funds to bankrupt companies or financial institutions. Do not convert private debts into public, avoid indebtedness and even less if it is the benefit of a few and at the expense of the suffering of many and of the new generations.

The Mexican president pointed out that he will speak about this last issue tomorrow (Sunday) when he will have a second participation in this group meeting, which is held in Riyadh, the capital and the main business center of Saudi Arabia.

“For now, these are my comments”López Obrador concluded in his video message.

During the event, video-recorded messages from leaders from other countries were also broadcast, such as Alberto Fernández from Argentina, Emmanuel Macron from France, Angela Merkel from Germany, Cyril Ramaphosa from South Africa; among others.