Fluent Reader is indeed a promising RSS readerIn other words, an “on-demand” news reader that stands out not only for being a multiplatform development, available for Linux, Mac and Windows, but also for being an open source application. But if there is one aspect that draws the attention of Fluent Reader, it is precisely its exquisite design… and some of the options it has.

But let’s start at the beginning: through which application have you accessed this article and which one are you using to read it? It can be the same, it can be a combination of several … The truth is that there are possibilities for almost all tastes and one of the most interesting for different reasons are the «classic» news readers, call them RSS readers (which is nothing more than the syndication format, there is also Atom and others) or whatever you want.

Unfortunately, the popularity of this medium is not what it was and many people today choose to “inform themselves” through social networks and other dumps of chaos and disorder, fed by the biased algorithm of the day. Which does not mean that RSS is dead or that it is no longer the best tool for the task of following almost everything that interests you and is published on the Web, with exceptions; And it is not incompatible with being on social networks.

Speaking of Fluent ReaderIt is an application that has caught my attention because of what I have already said: it is multiplatform, open source and has a design and functions that are not common in this type of application … whenever we refer to independent applications for the desktop , where the few readers that emerge or the most that endure the passage of time, remain in a classic format that is not too attractive today.

The spearhead of modern RSS readers, where the most productive and enjoyable experience is, is currently in the form of services like Feedly or Inoreader, with all its advantages – multiplatform support, synchronization between devices, excellent design and advanced functionalities – but also with its drawbacks, which are usually summarized in the limitations of its free plans. This is why running into an app like Fluent Reader is so satisfying.

Do you know or have you used Feedly or Inoreader? Fluent Reader sucks a lot of both, but especially the second, which translates into a first-rate viewing experience, including views in card, list, magazine and compact mode for the sources, floating windows with the content in reading view mode, options to load external content and even load the original web page, highlights section (missing tags) … It even has rules, by which you can better organize all incoming content. 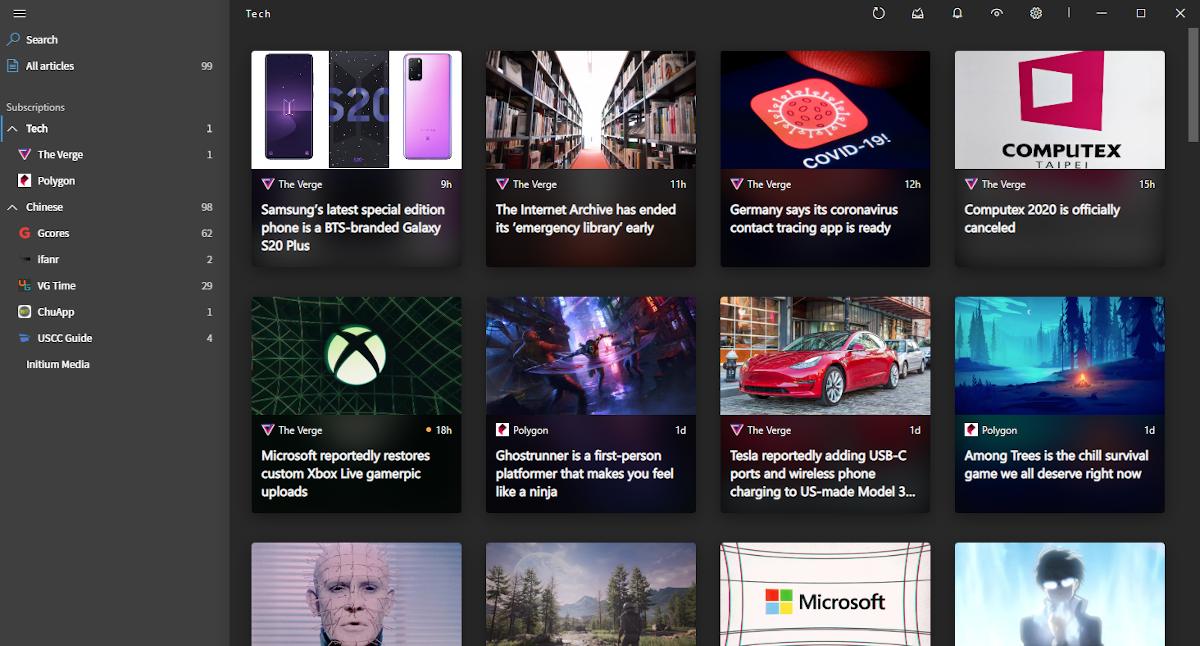 Fluent Reader, in addition, allows to synchronize sources and the reading states through services like Fever, Feedbin, Inoreader and even Google Reader, which has not existed for years; although I warn you from now on that I have not tried this function and that if for example you are an Inoreader user, I do not think it is worth it, because no matter how interesting Fluent Reader is, Inoreader has no competition right now and the web application is superior in everything (has improved in everything since then).

In fact, Fluent Reader also has its advantages, such as that all your sources are always under your control, as well as security and privacy policies at least curious: deleting cookies when closing the application, blocking XSS in an isolated context, limited tracking treatment, proxy support, the user does not collect any information …

But that a single developer has managed to create something like Fluent Reader in just a few months has a lot of merit. If anything, its biggest handicap is that it is an Electron application, an increasingly popular framework – applications such as Skype, Visual Studio Code, Evernote and many others are based on it – which condemns a consumption of resources higher than that of a typical native app. It is not a drama if you are a light user, but if you load it from sources … 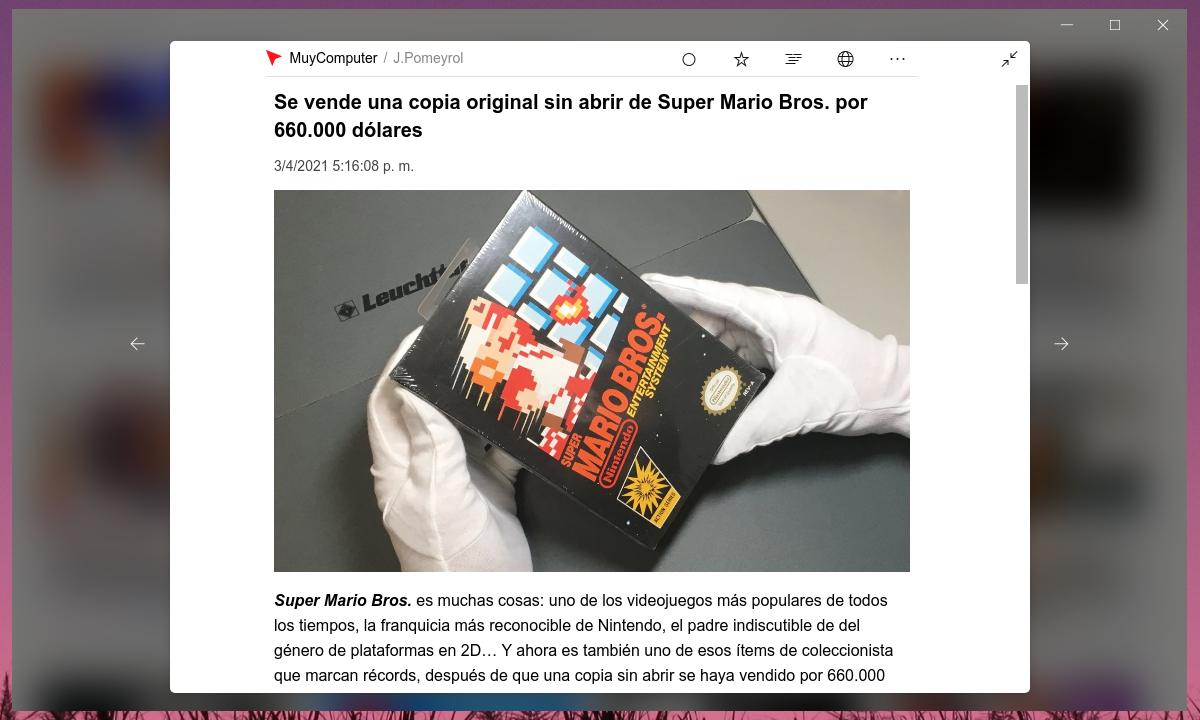 Also, the external design of Fluent Reader is made to resemble Windows 10, as revealed by the window bar, so it may be a bit out of place on other systems. However, we are talking about an application whose version 1.0 came out just a couple of months ago and if it continues with its development at the pace and level that it has taken until now, it can be the delight of more than one. Hence, I qualify it as a promising project.

I’m not going to elaborate much further, although I haven’t fully described Fluent Reader either. I encourage you to discover it for yourself by trying it, since it is free and allows import and export your RSS feeds with ease. The only thing I can assure you is, if you are familiar with these kinds of applications, it will surprise you.

You can download Fluent Reader 1.0 on the Microsoft Store for Windows, on the App Store for macOS, on Flathub and the Snap Store for Linux; or directly on GitHub for the system you use, downloading the executables.

If you have not yet had the best experience receiving and reading the news from the sites you follow, RSS readers are the answer and Fluent Reader is a worthy candidate to occupy a space on your taskbar.