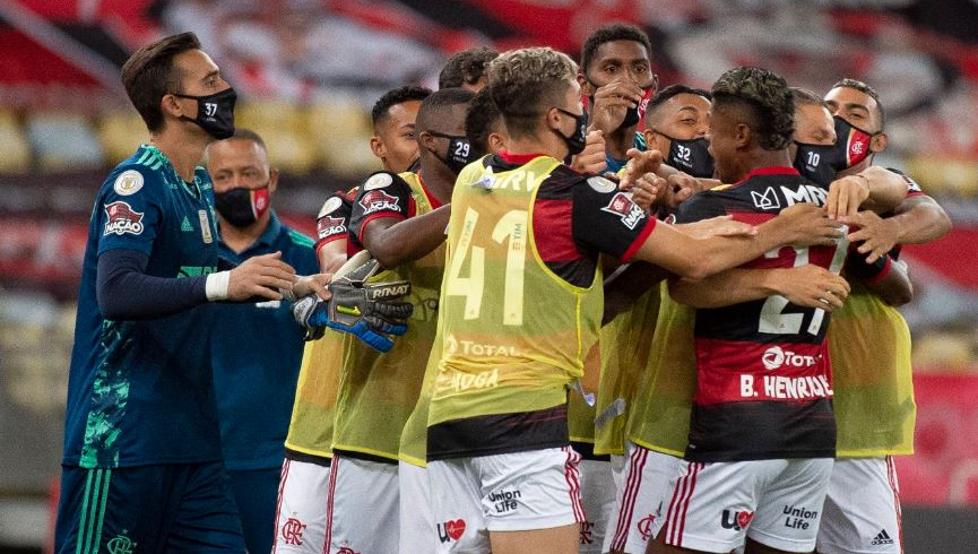 The Flamengo, champion in the last season, thrashed this Saturday at the Maracana stadium in Rio de Janeiro 3-1 at Coritiba and provisionally assumed the leadership of the Brazilian Soccer League with 39 points, in a reviving triumph after the recent thrashing received in the last matches.

The winger René, the Uruguayan De Arrascaeta and the gunner Bruno Henrique scored for the locals, now led by exporter Rogerio Ceni, while Matheus, son of the legendary Bebeto, discounted for the whole of the city of Curitiba, in the relegation zone with twenty points.

This Sunday, Atlético Mineiro, run by Argentine coach Jorge Sampaoli and decimated by an outbreak of the new coronavirus that reached 19 people in the squad this week, will seek to regain the leadership that it temporarily lost when it visits Ceará in Fortaleza.

The Belo Horizonte team, which was first in the classification with 38 points, has eight players in quarantine for covid-19, among them the Chilean attacker Eduardo Vargas, and several members of the administrative part and the technical commission, among them the own Argentine coach.

For the match against Ceará, which has 24 points, Mineiro will again be able to count on Paraguayan defender Júnior Alonso and Venezuelan striker Jéfferson Savarino, who were with the teams of their respective countries in the South American World Cup qualifier.

Matchday 22 of Serie A of the Brazilian Championship began on Friday with a 4-0 victory in Bragança Paulista of Red Bull Bragantino, now out of the relegation zone with 26 points, over Bahia de Salvador, which remained with 28. Ytalo, Helinho and Claudinho, on two occasions, scored for the São Paulo team.

This Saturday, Athletico Paranaense rose to 28 points after winning 1-0, with a goal from defender Thiago Heleno, against São Paulo player Santos, stalled with 34 points and who also had an outbreak this week of coronavirus in his squad, which affected ten players and coach Alexi Stival ‘Cuca’.

Goiás, last with fifteen points, with a solitary goal from Miguel Figueira, beat Palmeiras from São Paulo, from Portuguese coach Abel Ferreira, 1-0 in his Goiania field, who is marching with 34 points in privileged positions.

The ‘Verdao’ of Sao Paulo also had several casualties due to covid-19, with 15 players of the 17 infected this week, among them the Uruguayan defender Matías Viña, who was with the national team and had to remain in Montevideo to comply quarantine.

This Sunday they play Sao Paulo and four more

On Sunday, in addition to Ceará-Atlético Mineiro, other fourth games will be played. The recovered Sao Paulo, in the vanguard lot with 36 points and three games less on the calendar, will seek to confirm his good performance in recent games when he receives Vasco da Gama from Rio de Janeiro in the Morumbí, in the relegation zone with 23 units.

The team of ex-Barcelona Dani Alves and former colchonero Juanfran advanced this week to the semifinals of the Brazilian Cup, after eliminating Flamengo, and is experiencing one of their best moments under the command of coach Fernando Diniz.

In Rio de Janeiro, Botafogo, led by Argentine coach Ramón Ángel Díaz and in the rear with twenty points, will host Fortaleza, in the middle of the table with 25 points.

The Porto Alegre International, which fights for the lead with 36 points and now has Abel Braga as coach to replace the Argentine Eduardo Coudet, will collide with Fluminense de Rio de Janeiro, who appears with 32 points.

In Sao Paulo, Corinthians, with 25 points, will measure forces against the Gremio de Porto Alegre, another of the ‘club of the pointers’ (33), looking for the way to the regularity that the São Paulo team has lacked in the season.

The split day is completed on Monday when Sport Recife, with 25 points, receives Atlético Goianiense, who is marching with 24.