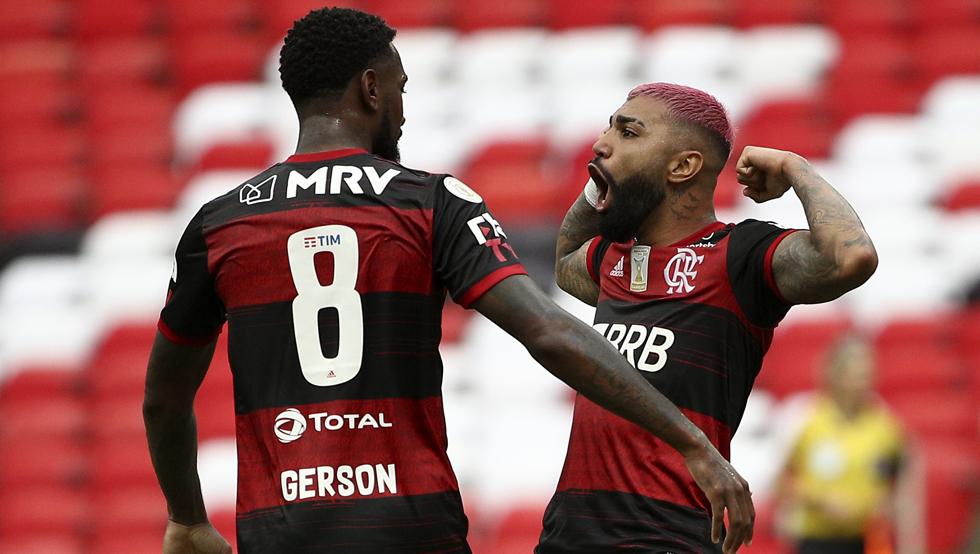 The International this Sunday yielded the leadership to Flamengo and now sees the Brazilian champion title further, after suffering a 2-1 defeat against the Rio de Janeiro club in the thirty-seventh and penultimate round of the League.

In a balanced duel, played at the Maracanã stadium, Internacional scored the first goal of the match, with a penalty converted by Edenilson in the first minutes.

However, the draw came shortly after and, after the expulsion of the red side Rodinei as soon as the second half began, the visitors did not resist the powerful and effective attack of Flamengo.

With the victory, the rub-black team assumed the highest part of the table and, with 71 points, they now only need a victory on the last day to be crowned Brazilian champions for the second consecutive year.

Although it is more difficult, Inter still has a chance of reaching the top of the podium, but for this they will have to beat Corinthians in their fort next Thursday and, in addition, wait for a defeat by the Cariocas against Sao Paulo.

Atlético and Gremio, to the Copa Libertadores

Also for this penultimate day, Atlético Mineiro won 2-3 away from Sport Recife and sealed their pass to the Copa Libertadores 2021, after establishing themselves in the third box with 65 integers.

The result also guaranteed the permanence of Sport, despite the defeat, in the first division of the League in the next season, since Vasco da Gama did not come out of a goalless draw with Corinthians and is virtually relegated to the so-called Serie B.

This is because the Rio de Janeiro team, which was in the danger zone for much of the tournament, needed a victory to avoid relegation, although mathematically it could remain in the elite division in case it manages to level a difference of 12 scores. in the scorer balance.

In another game this Sunday, the Gremio secured the pass for the Libertadores by beating Athletico Paranaense 1-0 at home, with a score from midfielder Thaciano.

Thus, the Gremio added three goals, reached 59 and managed to stay among the top eight classified in Brazil, while Athletico, in turn, was placed in the ninth box, with 50 points, and is classified for the South American.

Also at home, Santos did not emerge from a draw with Fluminense in a match that ended with a goal for each side. With the result, the São Paulo team, in eighth place with 54 points, will have to fight for a place in the Libertadores, while the Cariocas already have it assured, since they occupy fifth place, with 61.

In the last meeting this Sunday, Goias did not come out of a goalless draw with Bragantino, who floats in the middle of the table, and ratified their descent to the second division, next to the already confirmed Botafogo, Coritiba and, possibly the Vasco da Gama.

The penultimate day of the League will conclude this Monday when Palmeiras will host Atlético Goianiense and Sao Paulo will visit Botafogo.