The new Skoda Fabia sits on the MQB-A0 platform from Volkswagen Group and therefore it grows significantly. In length alone, the fourth generation has increased eleven millimeters, to 4.11 metersIt is 4.8 centimeters wider – 1.78 meters – and the wheelbase, with 9.4 centimeters more, reaches 2.56 meters. Only the height decreases eight millimeters, down to 1.46 meters.

When one is now rolling one for the first time with the new Skoda Fabia it is clear that everything has been a positive advance, especially in the mechanical part. Could it be because it has a complex hybrid drive? Recall that in order to celebrate the 120th anniversary in racing, Skoda Motorsport has created the exclusive Fabia Rally2 evo Edition 120, of which there will only be 12 units available on a limited basis.

Skoda Fabia 2022: first pre-production units we got on.

The camouflaged pre-production model we get on now and that we have already touched hides a one liter turbo petrol engine, but the range has larger and more sophisticated engines, including the 1.5 TSi EVO with variable turbo and Miller Cycle. This means that in part load operation the intake valves close especially early to produce less mixture in the cylinders without inefficient throttling through a throttle valve. At the same time, the maximum compression ratio can be optimized for good power.

But there is also a lot of work on the engine cooling system, because the fins located in front of the radiator close and open in dozens of positions, in addition to the intelligent use of the fan, depending on what is particularly efficient at the time. It is estimated that the 110 hp engine consumes around 5 l / 100 km, but exact figures will only be available once homologation has been completed. The two three-cylinder naturally aspirated engines will not announce a lower consumption.

If you want to know the opinions about any car, like this Skoda Fabia, you can ask your questions to real owners. Through a new collaborative platform, they will give you their personal and independent opinion. You can do it now by entering here.

The Skoda Fabia fourth generation has in his offer a three-cylinder gasoline engine 1.0 atmospheric MPI in power levels of 65 and 80 hp —The least powerful will not be offered in Spain. One step above will be the 1.0 TSI turbo gasoline engine three-cylinder in power levels of 95 and 110 hp, while at the top of the range you can choose the engine 1.5 TSI 150 hp with ACT system deactivation of two of the four cylinders. 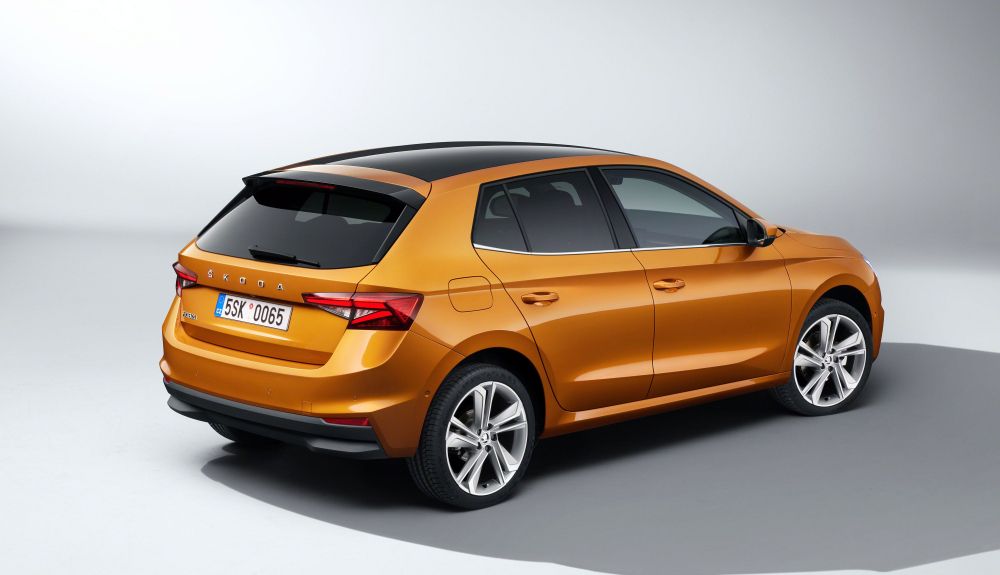 The kind of gearbox may be five-speed manual —In the versions of 80 and 95 CV—, six relationship manual —1.0 TSI of 110 CV— and automatic double clutch DSG of seven gears —1.0 TSI of 110 CV and 1.5 TSI of 150 CV—. By the way, all engines dispense with electrification. Why? In this segment, buyers are not willing to pay the extra cost of more than 600 euros, points out Skoda. And one more nuance: for lovers of RS sports versions, currently these acronyms are not on the table of those responsible for Skoda; But what is out of the question is diesel.

Once with the ignition actuated, We noticed a certain dryness in the transmission and lack of bass in the 110 hp TSI engine. The seven-speed dry double-clutch transmission, which comes as standard, fails to harmonize the start-up. The engineers will have to work on it again, as this performance characteristic is not at all in line with the comfortable character of the fourth generation Fabia.

On the roads, sometimes very badly paved, the suspension reacts with remarkable sensitivity, although it allows body movements to be maintained to a tolerable degree. The suspension itself filters properly even short and sharp bumps and appears to be well cushioned. The rolling noise of winter tires is barely perceptible, and everything else … silence and good overall comfort. 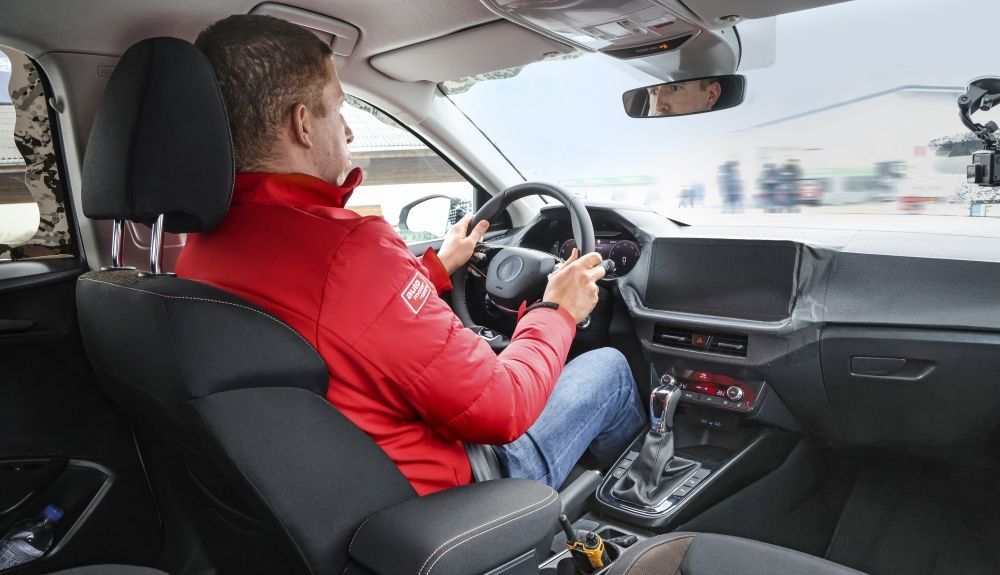 Skoda Fabia 2022: we have gotten into its first pre-production units.

There is also no creaking or rattling in the plastics that remained hidden under the camouflage sheet of the dashboard. In consumption, this 1.0 TSI should be around 5.0 l / 00 km.

On board, two displays provide a wealth of information. The prototype instruments are displayed on a display screen. 10.25 inch, which will be available at an additional cost. The central screen has a size of 6.8 or 9.2 inches, depending on the equipment. It has an integrated eSIM card, which will allow you to listen to Internet radio or enjoy the range of online mobile services Skoda Connect with numerous entertainment options.

We will can charging smartphones through the Wireless SmartLink and inductively in the Phone Box. Pleasant seating position, not too high, whose thigh support is a bit short for tall people. Good ergonomics and generous feeling of space. The backrest of the passenger seat is foldable.

Skoda Fabia 2022: we drive one of its first pre-production units.

There is a USB port for dashcams in the interior rear view mirror —Integrated camera—, which will be offered in some markets, and for the boot, now 380 liters – 50 liters more than the previous generation—, you can order a multifunction bag that, fixed under the cargo compartment lid, allows you to store jackets, for example. As is customary for the brand, Skoda has not skimped on its “smart solutions” for the new Fabia offering a total of 43 “tricks”. On prices, at the moment there is no news, but it is expected to be slightly more expensive than the current model – this one, from 11,850 euros.

The history of the Skoda Fabia

It seems like yesterday, but the Skoda Fabia has under its belt already 22 years, since its presentation at the Frankfurt Motor Show in 1999.

2nd generation: from 2007 to 2014. Five-door hatchback body, and a five-door station wagon. The “Scout” was shown as a prototype in Frankfurt in 2007 and in its final version at the 2009 Geneva Motor Show. 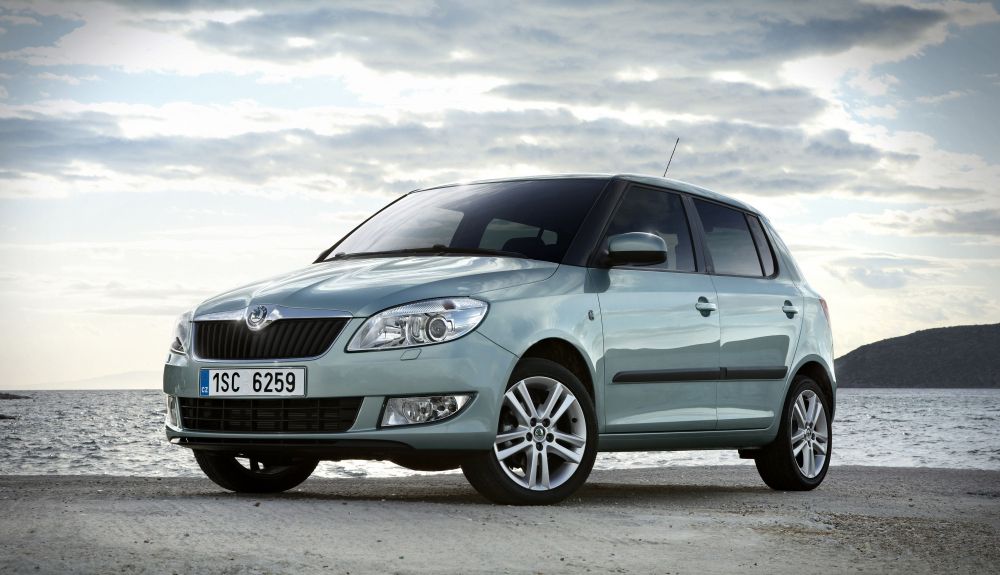 3rd generation: from 2014 to 2021. It started with four gasoline and two diesel mechanics that disappeared in the 2019 update, although it did continue to offer a versatile Combi version. 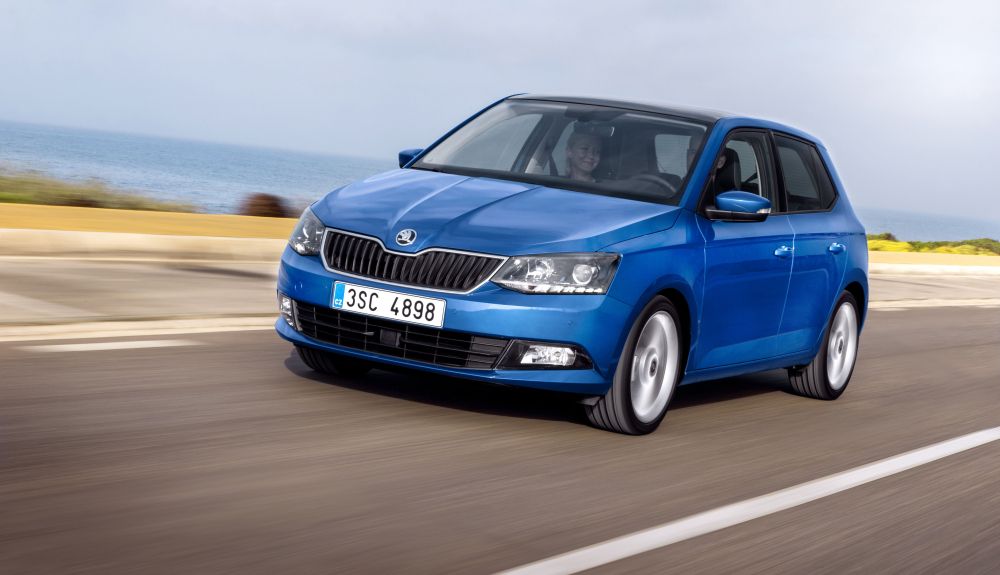