Confirmed, Mercedes has just released the teaser that advances the presentation of the most luxurious model in its range. In a couple of days, we will welcome the new Mercedes-Maybach S-Class 2021, through an event that you can see live with us. The saloon with the most interior space and an exquisite finish, to be carried.

As we have been telling you in recent months, the new Mercedes-Maybach S-Class 2021 It will be officially unveiled on November 19. The star brand has released the first teaser, and surely the only one, showing the rear pillar of this variant of the new flagship with the Mercedes-Maybach stamp, and its characteristic two-tone paint.

A Mercedes model that will not surprise us on the outside, since we have had the opportunity to see it practically uncovered in camouflage, and with the only detail of the specific radiator grille of these more luxurious versions, full of thin vertical bars. This grille and the large proportions of a model exceeding 5.5 meters in length, and more similar to the length of a large luxury yacht, will be its hallmarks. 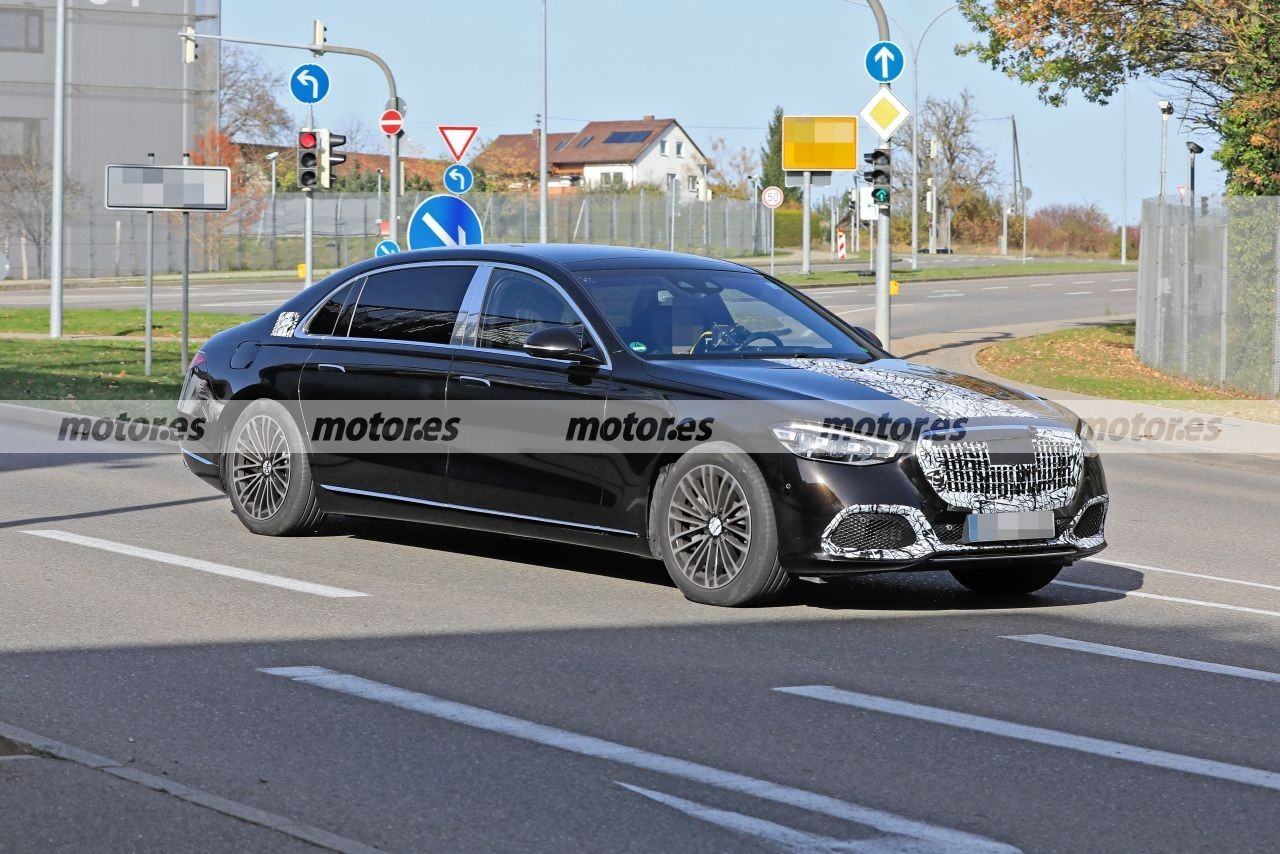 Although it will be far from most pockets, you will like to know its internal characteristics as much as we do. And it is that space will be one of a kind, with a wide wheelbase that has grown 180 millimeters compared to the conventional S-Class reaching 3,286 millimeters. An increase that is also added to the exclusive rear seats that are offered as standard, the so-called “Executives”, which stand out for having massage function for the legs and heating on the neck and shoulders.

If that’s not enough for you, the Mercedes-Maybach have also advanced some somewhat sumptuous details, such as the wooden trim of the front seats, in the purest style of the old armchairs, or the same material used for a luxurious separation console between the rear seats. As an option, the chauffeur package to be carried in an independent and private section.

The new Mercedes-Maybach S-Class 2021 will be offered with two powerful petrol engines. both with change 9-speed automatic and 4MATIC all-wheel drive, being the first time that this system is associated with a V12 engine. The range will consist of the exclusive Mercedes-Maybach S 600 Y Maybach S 650The first with the 558 hp 4.0-liter biturbo V8 engine – plus 20 hp from the starter alternator – and the second with more than 600 hp from the V12 block.