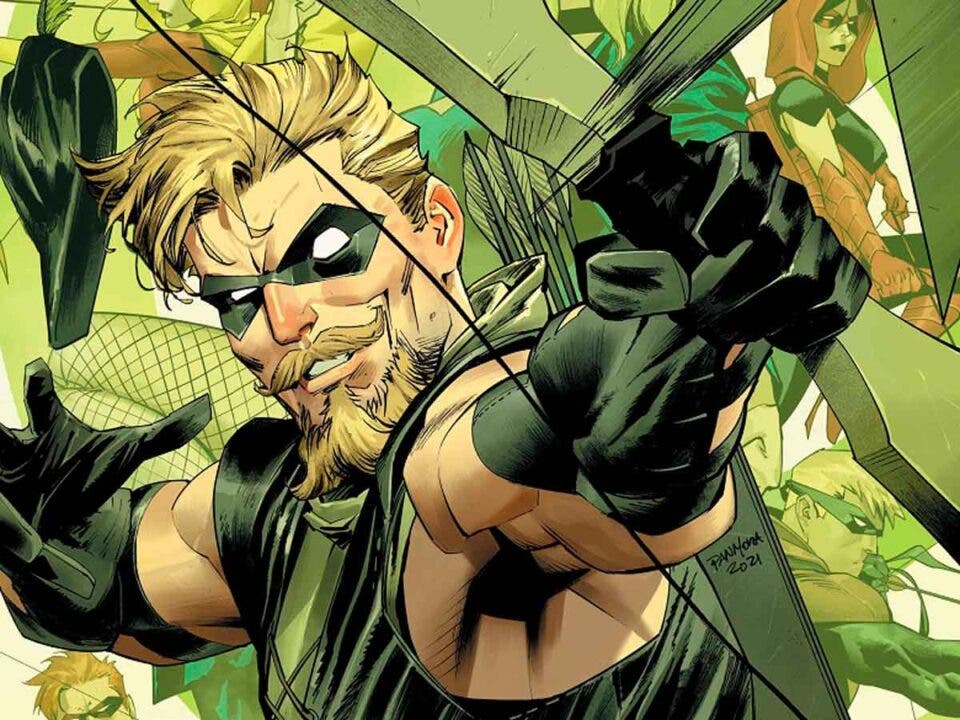 Two iconic storytellers from the past in DC Comics of the emerald archer return in this first preview of the Green Arrow 80th anniversary special.

From his stubborn optimism to his signature weapon, which most people considered obsolete centuries ago, Oliver Queen has always felt like an old soul. So it almost feels appropriate that you are celebrating your 80th anniversary this year. Green Arrow is the type of character that could easily have been around for much longer. And yet it has never been more relevant than it is now. Ollie is a champion of the people, a man born in luxury who has never embraced or trusted the 1% of whom he is part of or the governments and corporations that back them. He was a progressive even before most of today’s progressives were born, and one has the feeling that he will continue to passionately fight for the cause when today’s activists are gone and buried.

But for now, he’s by our side, fighting impossible fights armed with little more than his brain, physical prowess, and all the arrows his quiver can fit. The 100-page special dedicated to Green Arrow’s 80th Anniversary is a celebration of that spirit and its history in DC comics. Drawing from the work of more than two dozen writers and artists who have contributed to or been inspired by the Green Arrow legacy, it is a must-have collection that reminds us of how little it may take to change the world. Sometimes all you need is a bow.

When Jeff Lemire and Andrea Sorrentino took over the Green Arrow reins for what is now considered a character-defining career, Ollie was still at the beginning of his superhero career. He still hadn’t met Dinah Lance and he didn’t even have his trademark goatee. Now, almost ten years later, the iconic creative team returns to the character of Green Arrow for his 80th anniversary to show us the other end of his life.

The Last Green Arrow Story re-introduces us to an elderly and apparently retired Oliver Queen as he returns to the island where it all began for a life-long confrontation in the works. It’s a story that is both exciting and remarkably moving, and you can check out the first three pages below. 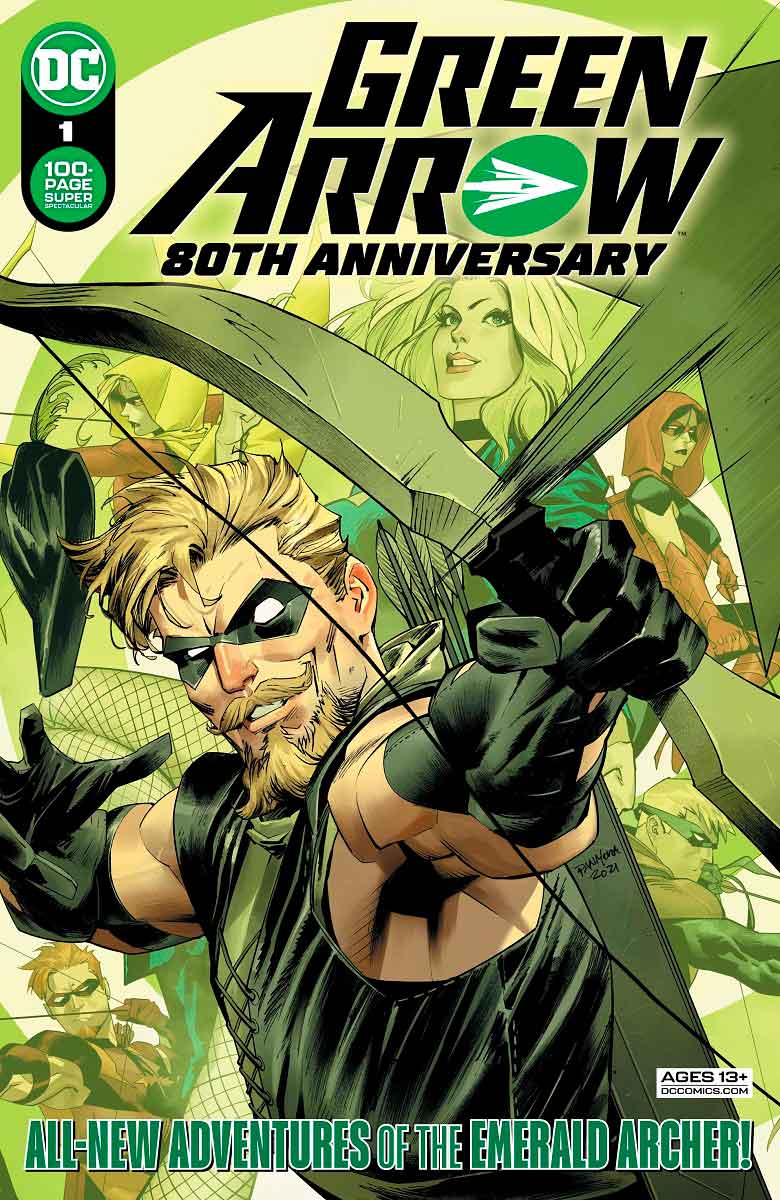 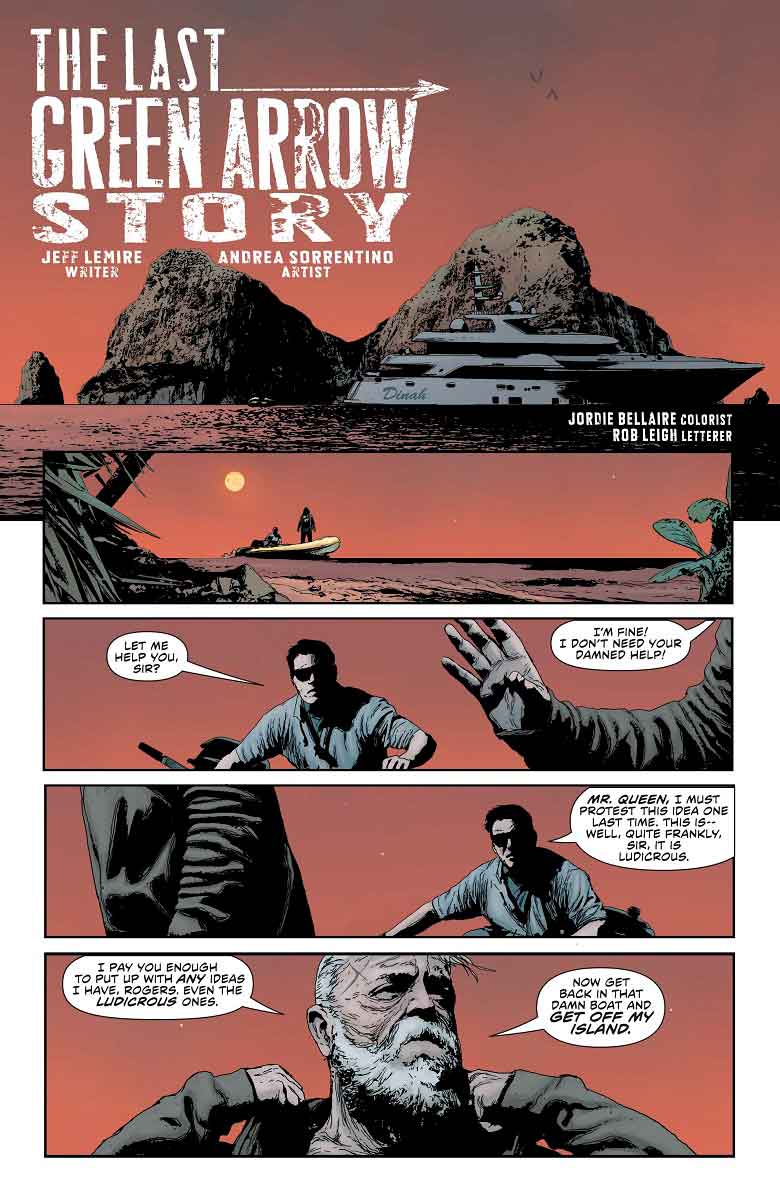 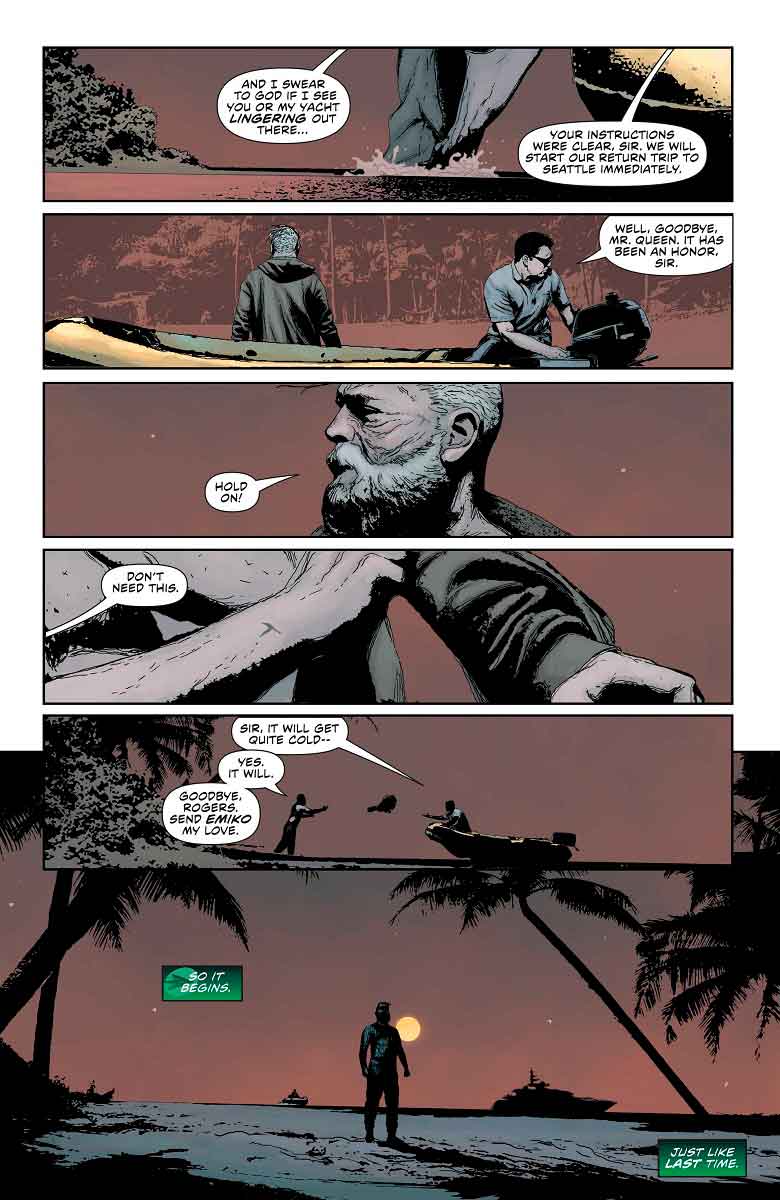 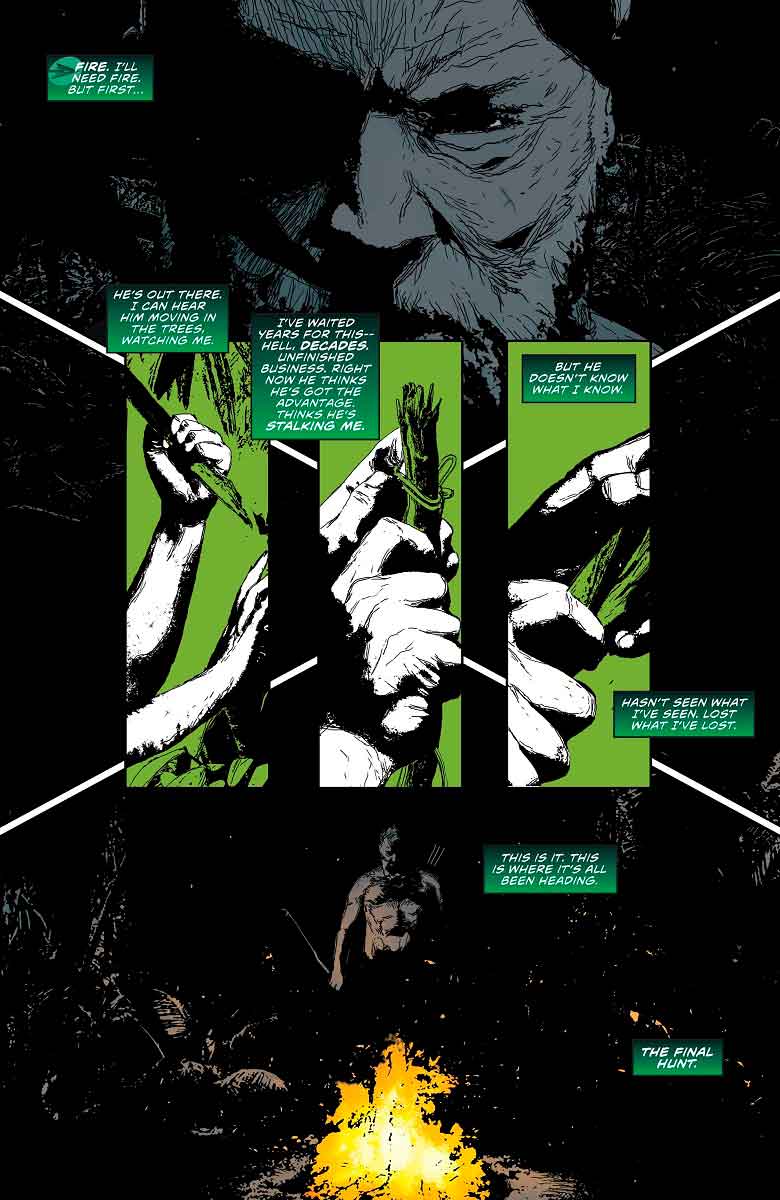