Home>Sports>Motors>first photos of the interior and more information

The fourth generation of the Skoda Fabia is almost ready and we have just learned new technical data and the interior of the utility that will share genes with Polo and Ibiza. 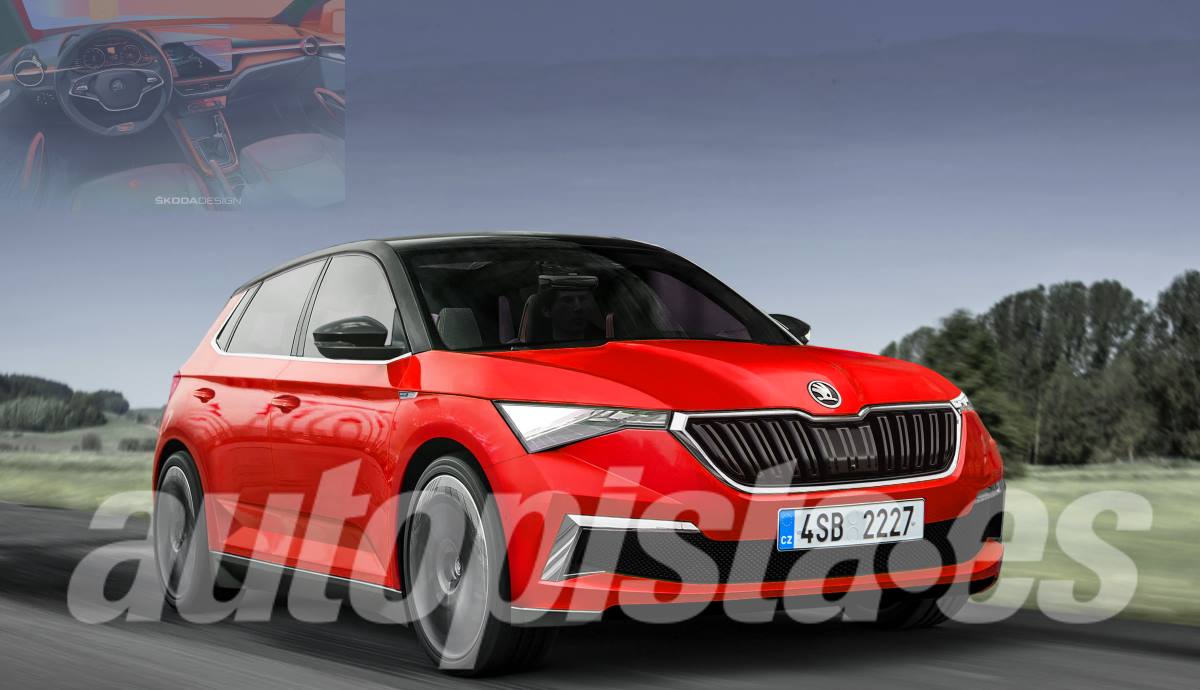 The countdown to the definitive premiere of the fourth generation of the Skoda Fabia has already begun. In just a few days, the Czech firm belonging to the VW Group will reveal all the information and official images of the new utility segment B, which will be developed under the production methods of the technical platform MQB-A0, that is, the cross-sectional modular architecture for cars and small SUVs, in such a way that the new Fabia 2021 will share technical genes with current ones Seat Ibiza Y VW Polo, among others.

Before its final presentation in a few days, the Central European manufacturer has unveiled the first sketch of what its interior will be like, as well as some other really cool facts. According to this official information, the cabin will offer a more generous space for both occupants and the cargo area of ​​the boot (the body will increase both its length and its width compared to the current third generation model), in addition to offering higher quality materials and fresher, more vivid and youthful colors. 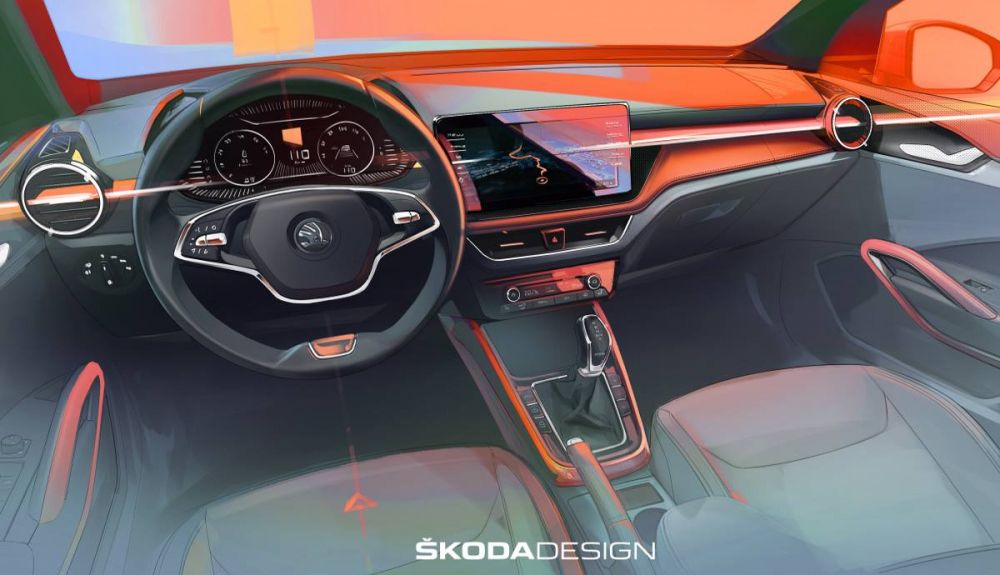 First sketch of the interior of the new Skoda Fabia 2021

Regarding the configuration that the interior will offer and according to the first official sketch of the same, the instrument panel will now have a symmetrical design, in which the independent central screen and a colored horizontal decorative molding stand out. The large circular air vents on the right and leftin addition to the new color elements on the center console and the door handles along with the newly designed chrome door openers. In another of the sketches advanced by the brand, you can also see the new logo with the word “Fabia” on the side of the instrument panel.

One of the main elements in the new cabin of this utility will be the new large screen with touch technology, from which you can quickly and easily access almost all the functions of the multimedia information, navigation, entertainment and connectivity system. In parallel, the so-called Customizable Virtual Cockpit (or digital type behind the wheel instrument panel), to be offered as option in the fourth generation of this popular car.

Skoda Fabia 2021: without diesel and with possible hybrid versions mild-hybrid

In the absence of official confirmation, everything indicates that the fourth generation of this utility will start its commercial journey without any diesel engine in its mechanical offer, following the general trend that many car brands have adopted for their small vehicles.

In its range of propellants, Skoda would bet on TSI three-cylinder petrol engines with 1.0 liter displacement in power levels of 95 and 110 hp (In some markets, a three-cylinder 1.0 naturally aspirated engine would also be available in 65 or 80 hp power levels). Depending on the version, the engine can be combined with a five- or six-speed manual gearbox or a seven-speed DSG double-clutch automatic. The version that will be at the top of the range will correspond to the one powered by the 1.5 TSI 150 hp engine with deactivation system of two the four cylinders.

One of the possible novelties in its mechanical range would be the arrival of mild-hybrid technology, a type of system that has already been offered in the Octavia 2020 in variants with battery 48V, although in the case of the Fabia utility you could use a system with a 12V. A hypothetical vRS sports variant is initially ruled out, but not one or more versions with the Monte Carlo “surname”, with an exterior and interior design with a multitude of rebellious and aggressive aesthetic touches.