A user has filed a lawsuit against Google Stadia in a New York court. The lawsuit, the first presentation of this type of which we have evidence, aims to become collective to judicially receive all users who feel “cheated” by the “breach of Google’s promises” regarding the performance of the service or the value of packages like the ‘Founders Edition’.

Google Stadia is the internet giant’s cloud gaming service. It was announced with great media fanfare in June 2019 at a time when it seemed that streaming, cloud, on-demand and generally online services were going to take over the world by opening a new era in video game distribution. It had already happened in the music or video industries (with great success), but games have their particular problems.

Cloud gaming is not easy

In fact, the idea is nothing new and companies like OnLive tried to implement it many years ago with little public success. Its general operation is similar for all these services. Games run on large servers and are streamed from the cloud to local machines. In this way you can enjoy a game regardless of team level or directly without using any type of device or console, for example on a display screen such as a smart TV and with a simple remote.

That is the theory. Practice, with games, is enormously complicated. Transmitting a few static bits of a music track is extremely simple for today’s technology, but doing the same with millions of moving frames of a game that have to change within tenths of a second before the response of the players is extremely difficult. In the transmission, yes, and much more in the reception of the client.

The reality so far is that no service of this type has succeeded, not even as powerful as NVIDIA’s GeForce Now. Amazon Luna is known very little; Apple Arcade is only maintained by fans of the brand and without enthusiasm, while another that also came to conquer the world, Microsoft’s xCloud, remains in a prudent beta phase after almost three years of its announcement.

To complete the introduction, it should be noted that Google Stadia has, in turn, its peculiarities. So many that Google took a year from launch to come out and explain them because the general public did not seem to have a certain idea of ​​what it is and is not, how it works or its subscription levels. It was tempting to think of Stadia as a “Netflix for games” and perhaps the same media got the wrong approach. Stadia is more software and services, than hardware or video games, and there is a very important distinction: the games are not free and the user has to pay for them, except for a specific one provided by Google.

The 40-page class action lawsuit is based on a ‘breach’ of Google’s pre-launch promises: “Stadia is more powerful than Xbox One X and PlayStation 4 Pro combined… and will deliver ultra-fast, high-quality, and highly competitive games. 4K resolution at 60 frames per second. These types of statements spread across the Internet, including messages on Twitter like that of Stadia boss Phil Harrison, which is presented as evidence:

Yes, all games at launch support 4K. We designed Stadia to enable 4K / 60 (with appropriate TV and bandwidth). We want all games to play 4K / 60 but sometimes for artistic reasons a game is 4K / 30 so Stadia always streams at 4K / 60 via 2x encode.

Great game publishers, as prestigious as id Software and Bungie, they were also responsible for feeding the hype of a service for which they have not been able (at least for the moment) to offer their developments as promised. Thus, great games like Doom Eternal or Destiny 2 have to settle for 30fps in 4K. In the best case.

The service has been clearly overrated from the beginning. Executives overreached with such absurd promises as “negative latency” … when they weren’t able to deliver positive latency, but at least playable.

The first analyzes already reflected the problems. Mixed reviews with maximum scores that never passed 7 out of 10 and with many negative reviews from major media. 9to5google accused Google of “lying” about it Stadia gaming performance After verifying that the key titles of the platform, which are the ones used as a marketing claim in their presentation, did not reach the promised level. 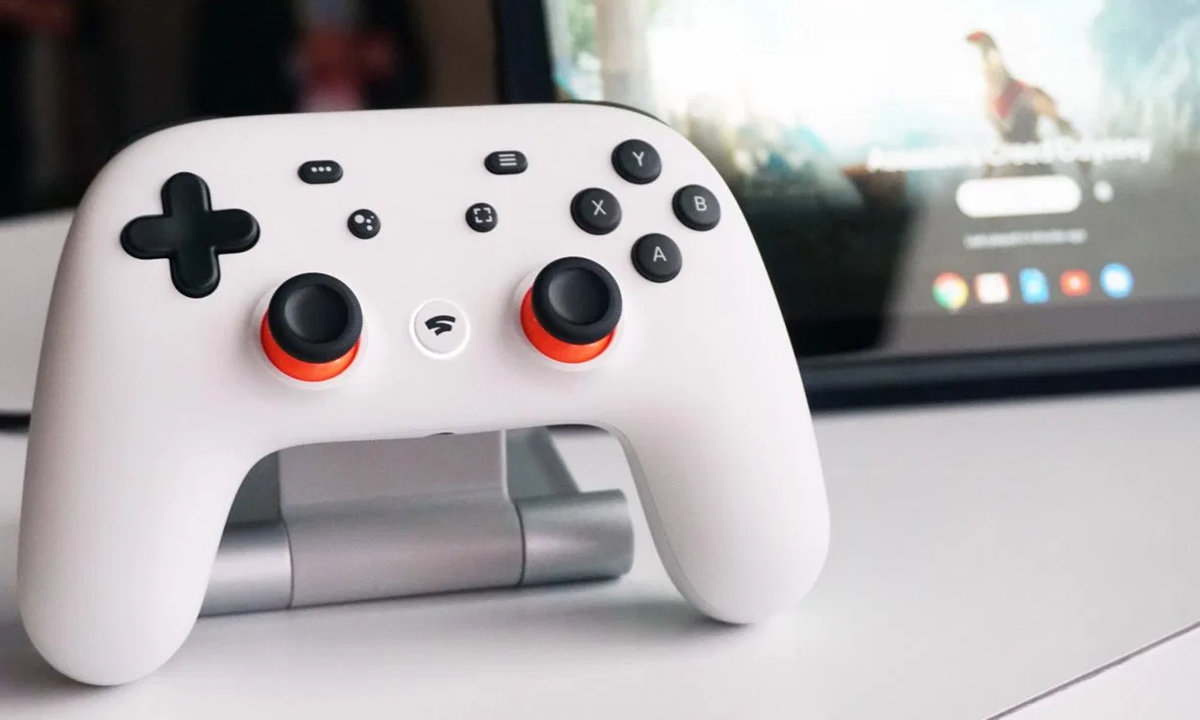 The truth is that we were clear from the beginning. When it works it does well, but a player demands a perfect experience every time and it is not the case. The service requires an Internet connection, well no, the following if we talk about 4K at 60 fps, as fast as it is stable and that the vast majority of users do not have.

In addition to performance issues, the lawsuit against Google Stadia also accuses the Internet giant of “misrepresenting” the value of the “Founders Edition” packages, among other complaints. The lawsuit hopes to accommodate users who have purchased the Founders or Premier editions or subscribed to Stadia Pro. We do not know the path of the lawsuit, but it is a new problem for Google.

Does Google Stadia have a future?

Of course yes. The service is green, very green on what was promised, but it has great potential and we must applaud the attempt (by Google and the rest) to “revolutionize” the gaming industry with this type of service that should mark the distribution of video games in the years to come.

This if Google ‘holds’ the pull. The company has a terrible track record of killing apps and services that have not performed as expected. A year ago support was promised for 120 games, many exclusives, 4K on the web and more mobile, but the reality is that the promises remain unfulfilled. 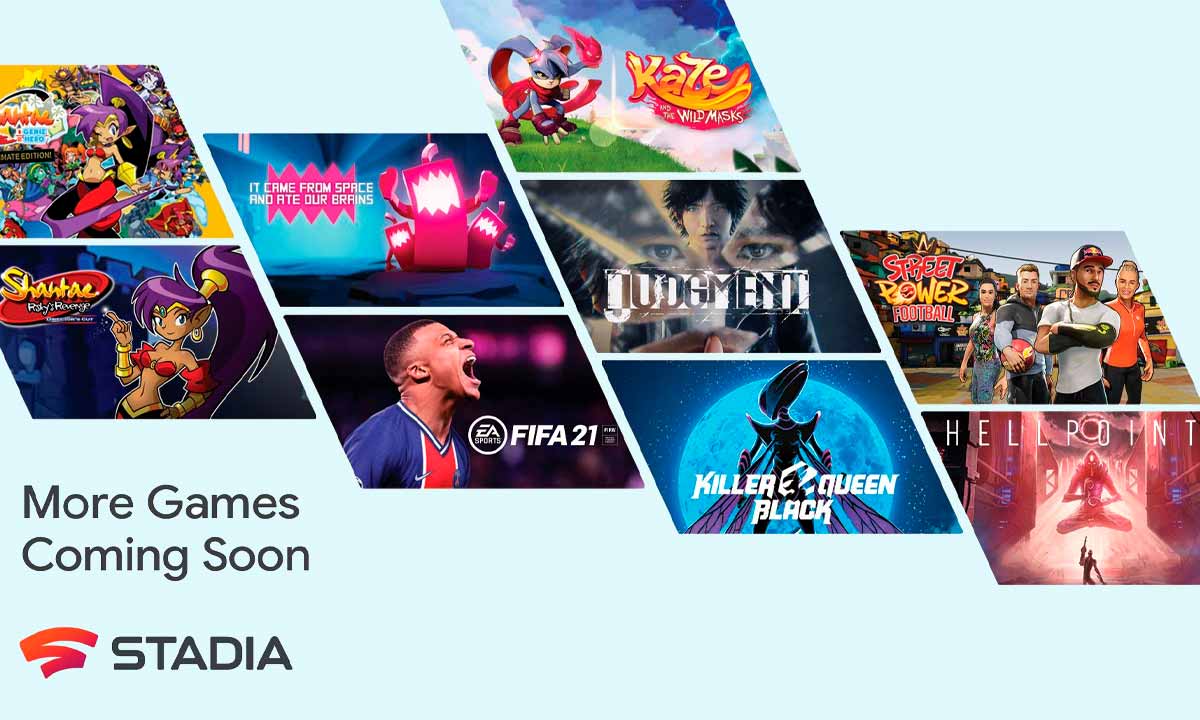 And the latest news is not good. This same month we learned that Google will close the two internal Stadia studios and substantially modify its business model. Two studies that, remember, have not yet published a single game, and for which Google made some quite prominent signings. While Google has promised to continue to sell Stadia Pro games and subscriptions, it appears that the focus going forward will be to license its cloud gaming technology to other publishers and developers.

To continue, it would be convenient to issue information on the specific strategy so that users know where Stadia is going, public recognition of its shortcomings and the demand for a higher level of game ports. Google commented that developers were the ones deciding how they wanted to balance image quality and frame rate for their games on Stadia, but the onus was still theirs and techniques like upscaling to achieve 4K games was not. what was promised in the beginning. Much potential, much to improve.