With a market in which the SUV does not stop gaining prominence, it is evident that brands are increasingly putting more effort when developing this type of vehicle. Kia has a true success story in the Kia Sportage, a story that is renewed from the beginning with a fifth generation whose first images have already been discovered, although beware: The Kia Sportage will feature a variant for Europe, which is yet to be discovered.

Throughout its more than 20 years of experience, the Kia Sportage has done nothing but reap successes: Like many other current SUVs, its history began as that of a small off-road vehicle, with certain country skills, which gradually led to a more urban vehicle, more on the road. The current generation of the Kia Sportage, the fourth, can already be considered a veteran caras it was introduced in mid-2015. 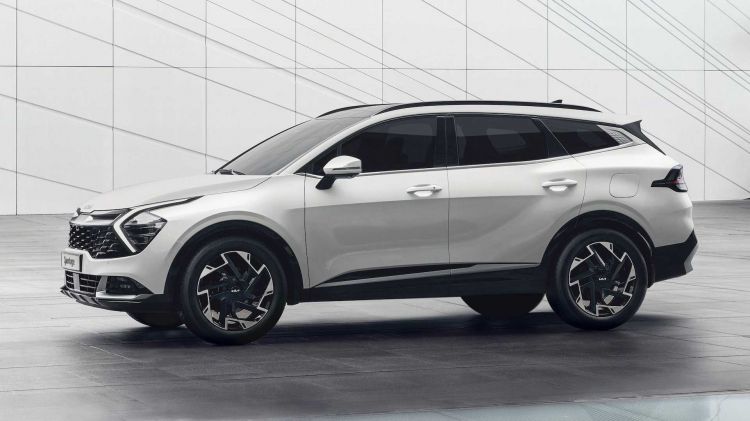 Despite having undergone a generous renovation in 2018, its competition, with models such as the Ford Kuga, the Peugeot 3008 or the Hyundai Tucson, have been renewed in a palpable way, leaving the Kia Sportage in a delicate position in terms of design and technology. Now, with a completely new generation, the tables are turning, and in what way.

The fifth generation of the Kia Sportage debuts design

It should be remembered that, for the first time, The Kia Sportage will divide its path into two different bodies, since the version in the images corresponds to the one intended for the Korean and Chinese market, while a different car will be sold in Europe, with a slightly modified design, a different engine offering and possibly some differentiated details inside. In any case, the basic lines both internally and externally will be the same.

The Kia Sportage thus debuts a new design language dubbed “Opposites United”, which comes to mean something like the mix between the aggressive and sporty design and the organic and fluid lines and strokes. Undoubtedly, the front is one of the key points of this new design, with a very generous size grill and some very peculiar headlights, whose daytime lighting extends to almost half of the fin.

The glazed surface is also more generous, more fluid and elongated, while on the back we find some light clusters that are not very striking, but with a certain weight of the visual component with details such as the side ends. The brand logo, by the way, has already been updated: The new Kia Sportage uses the same logo that we have already seen on the 100% electric Kia EV6. 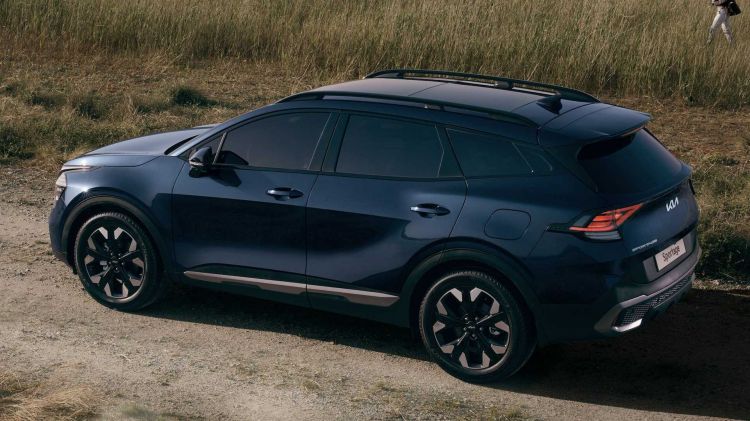 The interior of the new Kia Sportage is a revolution

If the body has a groundbreaking design, something similar happens inside: the classic structure of the dashboard of the current Kia Sportage gives way to a gigantic double screen, in the purest Kia EV6 style, which perfectly matches the disruptive character of this fifth generation of the Korean SUV.

With much more elaborate lines and apparently better quality materials, the Kia Sportage that arrives in Europe will do so with the latest in technology, with all kinds of driving assistants and elements designed to improve on-board comfort. Any information about the interior and exterior dimensions of the KIA Sportage is unknown, but considering that it shares a platform with the Hyundai Tucson, we can venture to say that it will be one of the most livable SUVs in its segment. 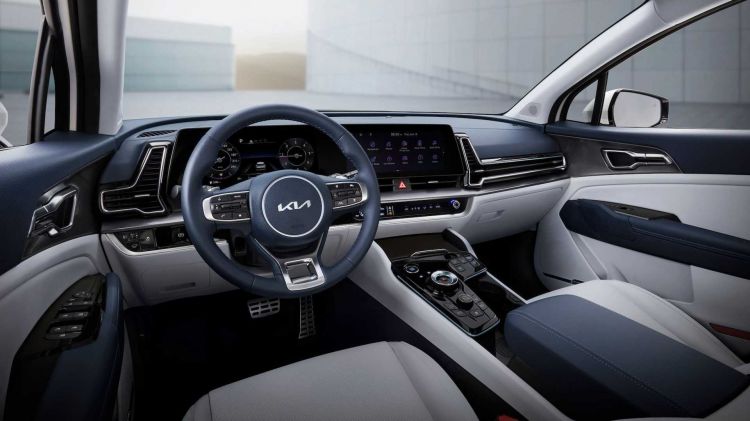 Regarding mechanics, the KIA Sportage destined for the European market will arrive with a special weight of electrification, so that this fifth generation will be the first to have a full hybrid version and, in addition, a plug-in hybrid variant, with a range of more than 50 kilometers, which will earn it the ZERO label from the DGT.