Úrsula Corberó makes the leap to Hollywood with ‘Snake Eyes: The Origin’, the spin-off of ‘GI Joe’ that will star Henry Golding. The actress of ‘La casa de papel’ has become the Baroness, lieutenant of the Cobra Command. Thanks to Entertainment Weekly we already have the first photo of Corberó on paper.

It is not the first time that we will see the character on the big screen. Sienna Miller was commissioned to play the villain in ‘GI Joe’ in 2009. In the report accompanying the photo, the producers claim that They came to consider focusing the entire film on the Baroness: “We never developed him, but we did debate him. He is a delightfully evil character,” explained Lorenzo Di Bonaventura.

Instead, the center of the story will be Snake Eyes, who was played by Ray Park in the two ‘GI Joe’ movies. Henry Golding was the first actor to be called up for the role. The ‘Crazy Rich Asians’ actor had to face five hours of daily choreography, plus an hour and a half of training and two and a half hours of work on the script each day. In the film, which will be an origin story, Snake Eyes will try to enter the Arashikage clan. 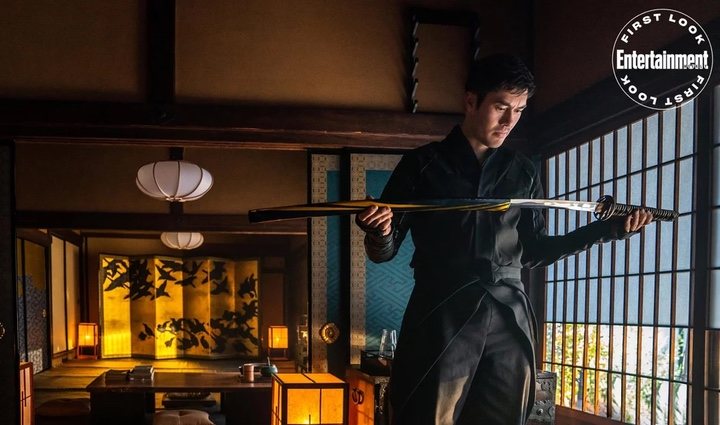 ‘Snake Eyes: The Origin’ will hit Spanish cinemas on August 20. Robert Schwentke (‘RED’) has taken over the direction. The idea is that the film allows to start a new era in the ‘GI Joe’ universe with other titles. The surprising thing is that Lorenzo di Bonaventura ensures that we could also see a direct sequel to ‘GI Joe: Revenge’, so far the last movie related to toys that we saw in theaters (it was in 2013), since “right now scripts are being developed. ” Neither ‘GI Joe’ did particularly well at the box office or critics, so it’s funny they don’t stick with just restarting it all with ‘Snake Eyes’.