DDR5 memories are on the launch pad. Large manufacturers such as Micron and SK Hynix have already announced the development of this technology and its equivalent for LPDDR5 notebooks.

Asgard, a relatively unknown Chinese manufacturer, has announced its first kit. They are two modules with DDR5-4800 classification and a total capacity of 64 Gbytes, although the provider indicates that they will also be available in capacities of 32 and 128 Gbytes. The kit has a nominal voltage of 1.1 volts and a latency of 40-40-40.

The company indicates that they will be commercialized in time for the launch of the “Alder Lake” processors and some “Tiger Lake” series that also support them. Also cited is compatibility with the Sapphire Rapids-SP server series and the Van Gogh and Rembrandt Consumer APUs from AMD. 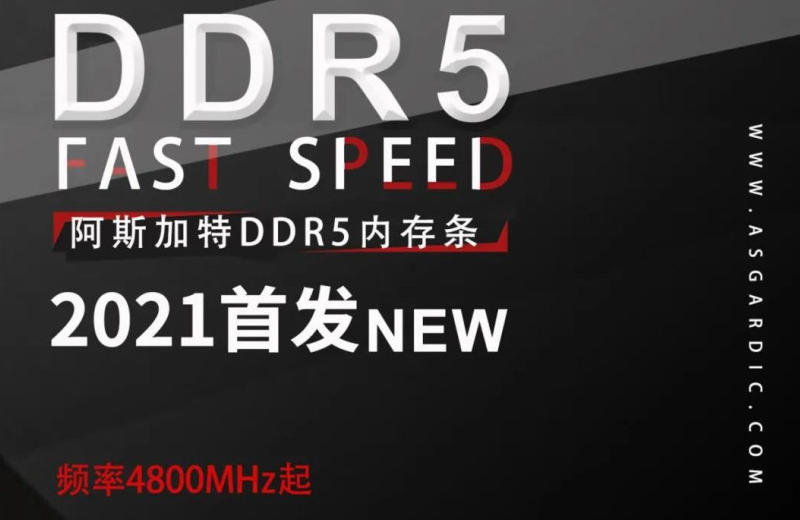 You already know the great importance that these random access memories have on any PC. JEDEC, the organization responsible for the standard, published last July the final specifications for DDR5 DRAM memories and also completed those for the version for portable / mobile devices, LPDDR5 (Low Power Double Data Rate 5).

DDR5 memories will offer performance, power consumption, operations or capacity advantages over DDR4, in addition to other typical ones of the manufacture, improvement of the data controller, of the integrated circuit of power management or of the code of correction of errors (ECC) that include these developments for servants. On a general level, you can expect the following:

Performance increase. DDR5 will double the base working frequency of DDR4 located at 2,133 MHz, to 4,266 MHz in DDR5 with a maximum of 6,400 MHz. All of them are normalized values, because in practice they will be higher as we have seen in DDR4, where manufacturers practice techniques of overclocking to increase the base frequency to higher levels.
Greater capacity. Density enhancement under the latest chipmaking techniques that did not exist at the DDR4 release will enable increased module capacity. One-off developments are expected with 256GB dual-channel and on business machines with eight-channel arrays, the installed memory will be able to reach a whopping 4Tbytes on a single board.
Lower consumption. DDR5 will adjust the base draw to 1.1 volts, almost 20% versus the base DDR4. A new deep sleep mode will cut consumption in half on LPDDR5.
Improvement in operations. DDR5 will use independent information activation, writing, reading or refreshing operations. All of them will be autonomous according to groups with memory banks, something that will improve efficiency and general performance.
Manufacturing. Advanced technological processes of 10 nanometers and below.
Price. Equivalent modules will not be cheaper than DDR4, but improved costs due to advanced manufacturing processes and increased density should allow systems to be equipped with higher capacity at a lower price.

Although we thought that they would first be released in servers and data centers before moving to the consumer market, due to the announcements that reach us the new memories could be on the market by the end of this year coinciding with the launch of Intel’s Alder Lake . Support by AMD is also secure.