The South African division of the star brand has mistakenly leaked a video in which the new generation W206 of the Mercedes C-Class is shown in full, both its exterior and its interior, just a few days after its official presentation.

What a leak the German company has just suffered, because You have just missed one of the main novelties of the year just a couple of days before its official presentation. And also in what way, because we are not talking about a few photographs taken secretly or a fragment of a catalog, but about a video in which it is seen with all clarity and detail the new Mercedes C-Class in full.

As if this were not enough, the leak does not come from an obscure anonymous source, which in most cases is usually an employee of the company or its suppliers, as its origin is nothing less than one of the divisions of the brand, specifically Mercedes South Africa. 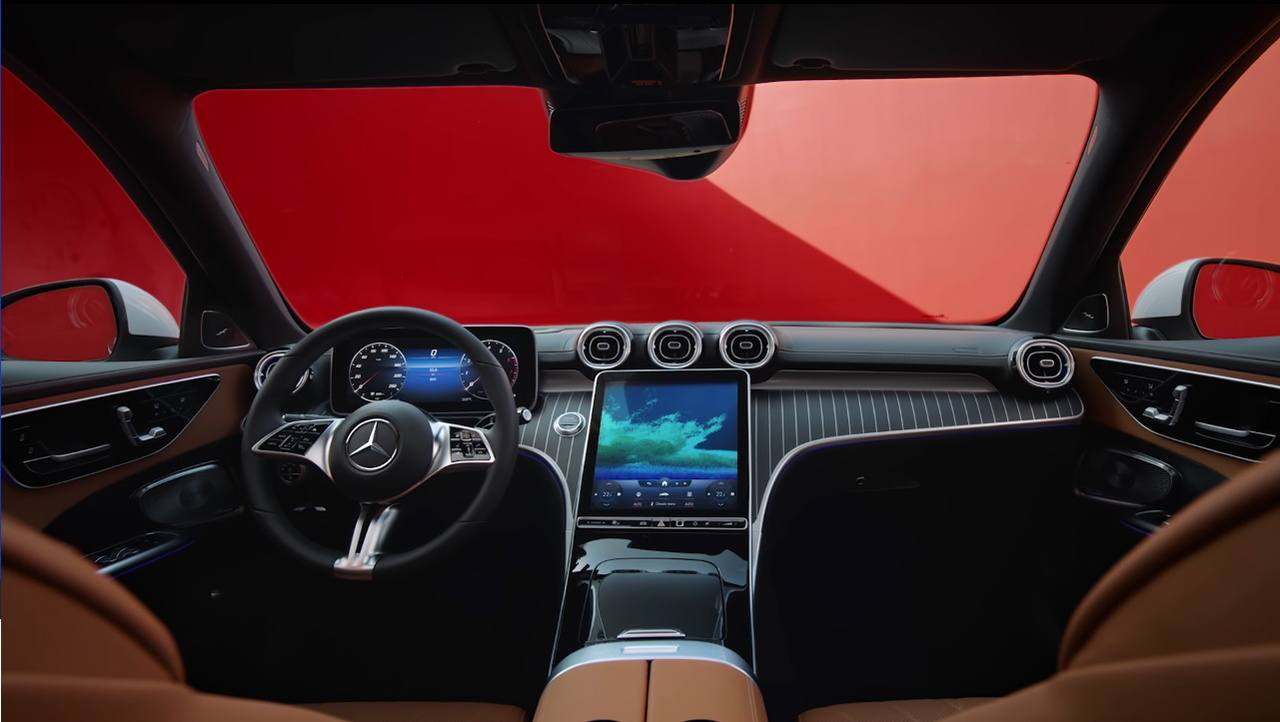 Inside we also find a great resemblance to the Mercedes S-Class.

In the video, which lasts about a minute and a half, we can see in great detail one of the first copies of this new generation of the German mid-size sedan. Well, the video not only shows us all the perspectives of the outside, but also reveals your entire interior and revels in the many details and textures that we can find in the cabin.

We are aware that we have said this numerous times during the development of the model and that it is no longer a secret to anyone, but we are forced to repeat that this new generation of the C-Class is practically a Mercedes S-Class of another size. The design and shapes of the new sedan are strongly inspired by the latest generation of the representative saloon. On the outside we find a grill integrated into a bumper with smooth and rounded shapes with almost horizontal optics more separated than ever, in addition to a silhouette almost identical to that of the luxury saloon, with a minimal boot and rear optics with triangular shapes, similar to those that have characterized the latest launches from the Stuttgart firm.

We had already seen the exterior in part thanks to the numerous spy photos and leaks that we have published in recent months, so the great surprise of this unexpected video is to discover its luxurious and attractive interior, which again based on the S-Class design. The new Mercedes C-Class W206 also dispenses with the dual-screen Widescreen system to adopt a highly sculpted dashboard from which protrude digital dashboard without top dome and one huge central screen that appears to protrude from the wide central tunnel. There is no central console as such, since all that space has been used for the screen, but under it we find a thin row of buttons with a few controls. On the doors we also find other buttons, such as those for adjusting the seats.

The specimen that appears in the video does not correspond to a variant equipped with the AMG cosmetic package, which will surely have sportier bumpers with larger air intakes and other exhaust outlets, but based on the finishes and materials used in the interior, we are facing a fairly high version.