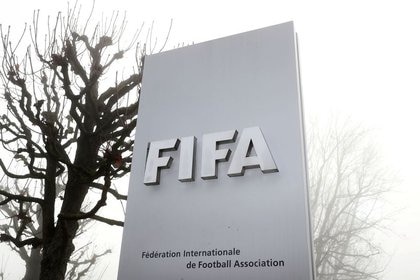 Image of the FIFA logo in front of its headquarters on a cloudy autumn day in Z rich, Switzerland. November 18, 2020. REUTERS / Arnd Wiegmann

MANCHESTER, England, Nov 19 (.) – FIFA said on Thursday that it will introduce new rules to protect the rights of female soccer players, including compulsory maternity leave.

While many players in Europe are already protected by labor laws in their countries, FIFA says its aim is to create “new global minimum standards” given the rapid emergence of new clubs and leagues globally.

The proposed rules include a mandatory 14-week maternity leave, with a minimum of two-thirds of salary and a guarantee that “no player should suffer a disadvantage from becoming pregnant.”

FIFA will also establish that, upon their return to work after maternity leave, clubs must reinstate players and provide appropriate medical and physical support.

“As we try to accelerate the professionalization of women’s football, which is one of our strategic goals, it is also important that we evolve and adapt the regulatory framework. This is a very good example,” Sarai Bareman, director of women’s football at FIFA.

“We want more women to be able to earn a living playing soccer and at the same time have a family life and be mothers. It is important that we provide the necessary regulatory framework to protect them,” he added.

(Report by Simon Evans. Edited in Spanish by Javier Leira)