Convertible SUVs are not, per se, a bad idea. But cars like the Range Rover Evoque Convertible were true commercial failures, and the Volkswagen T-Roc Convertible is not very aesthetically pleasing. In addition, they lose structural rigidity and practicality. Personally, I stick with “cabrio” SUVs, such as the Mercedes G-Class Cabriolet or the Suzuki Vitara Cabriolet, whose rear end could be convertible. The Fiat 500X Yatching It seems to build a necessary bridge between both formats, but it is not a convertible to use.

It is a new version of the Fiat 500X family, whose roof is replaced by a folding canvas roof. This roof – similar to that of the Fiat 500C – is motorized, and in just a few seconds, it reveals the cabin. It is as if we have a gigantic removable panoramic roof. The car retains the frame of its doors and all its pillars, as well as the tailgate. Therefore, the car does not gain weight or require structural reinforcements. On the contrary, we could doubt that it is a true convertible. 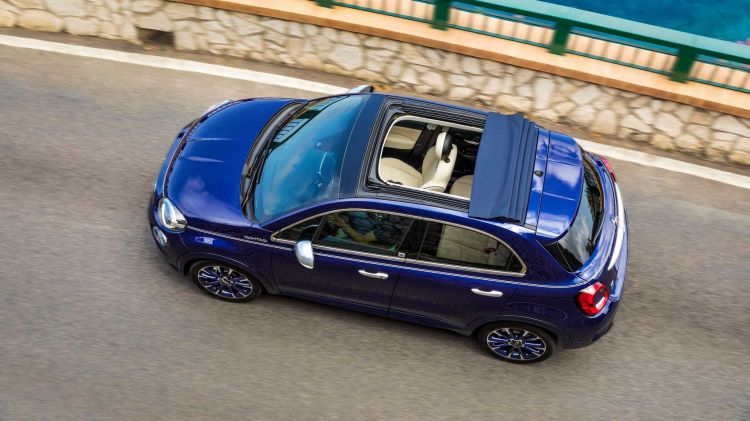 The first 500 units will be sold numbered, and will have an identification plate.

Fiat has launched it on July 1, making the launch coincide with the opening of the borders in the European Union: after the pandemic, the health passport called “Green Pass” allows those who certify to be immunized against the coronavirus to circulate freely. And Fiat wants them to do it on the 500X Yatching, which in turn, pays tribute to the nautical world, and specifically, to the Yacht Club Capri, one of the most prestigious sailing clubs in Italy. In fact, its emblem can be found on the pillars of the vehicle.

The body color is exclusive, and is called Venezia blue. The wheels are also tinted the same tone, and their 18-inch design is exclusive to this version. The bodywork is profuse in classic chrome – the mirror caps or the window moldings – and inside, we find a beautiful selection of materials. Similar to the Fiat 500 inspired by the yacht manufacturer Riva, the dashboard and gear knob are made of natural mahogany wood, with a beautiful satin finish. 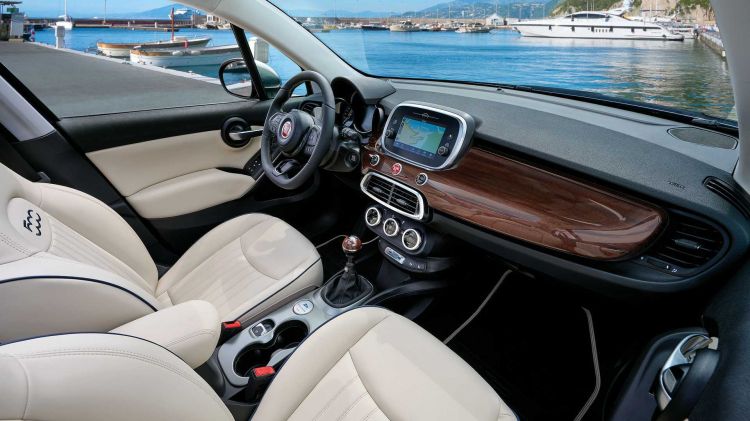 The seats are in contrast, with a white tone and blue details. Aluminum trims add a touch of refinement to an elegant and classic set. Too bad that Fiat no longer sells the 124 Spider and cannot apply these tasteful modifications.