A British company claims that the Lamborghini Countach P 400 S Series 2 that belonged to Ferruccio Lamborghini has just been sold for the highest amount paid for a copy of this type, thus becoming the most expensive unit of the Italian sports car to date.

Iain Tyrrel, one of the most reputable restaurateurs on the British market and founder of Cheshire Classic Cars, has assured in one of the latest videos on his YouTube channel, Tyrrel’s Classic Workshop, that the copy of the Lamborghini Countach that belonged to the company’s founder, Ferruccio Lamborghini, has become the most expensive of the model after having recently changed hands for an amount several times higher than the usual in a copy of the Countach, although at the moment the amount of the transaction has not transcended.

As usual in private sales, the final price is usually not disclosed and in the vast majority of cases, it is totally impossible for the media to corroborate such data (when there is any). Hence, the figures that are taken into account to determine which are the most expensive classics are those from public auctions, since the prices reached are official and therefore verifiable. 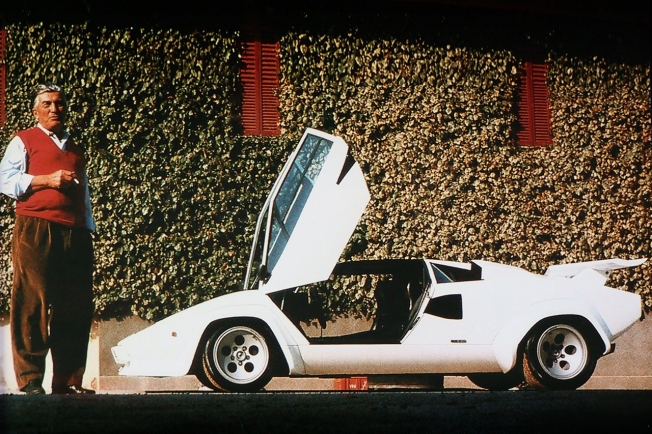 Ferruccio with his Lamborghini Countach.

These recent statements by Iain Tyrrel are the usual ones in these cases. In which we find a report from a source very close to the transaction carried out and who, in theory at least, knows perfectly all the details. However, the only data that remains are precisely those statements, which as a general rule they correspond to those of a third party and not those of the main protagonists, that is, the buyer or the seller.

This is probably, along with Walter Wolf’s Countach or the Turbo Countach, one of the most famous examples of the entire production of the Italian 12-cylinder sports car. This was not a company car or a test model, but a copy legitimately bought by Ferruccio Lamborghini in 1980, when it was no longer part of the company that bore his name. The specimen was really a rejected purchase from a customer in Rome and the brand’s head of sales decided to offer it to Mr. Lamborghini, given the friendship that united them both.

He decided to buy it but not without first request to be painted whiteAs the sample had originally been manufactured in red and according to the Italian businessman, white was the most attractive color for this model, allowing its dramatic angles and design features to be seen clearly. This was in his possession until his death in 1993 and I use it regularly, so most of the 17,000 kilometers of use they have corresponds to Mr. Lamborghini. 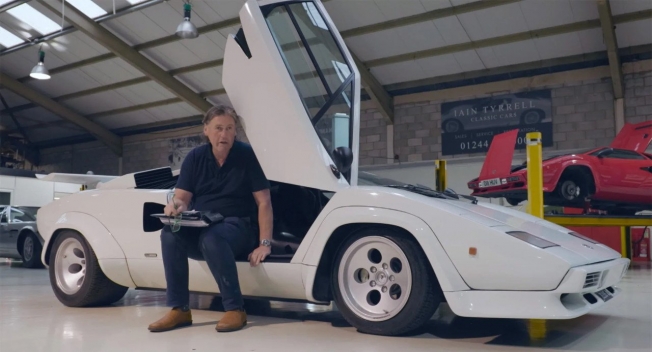 The sample belongs to the Countach LP400 S Series 2, which had the 3.9-liter atmospheric V12 from the LP400 but with 355 hp instead of the 375 hp of its predecessor, in addition to the new wide axles with oversized wheel arches and a lowered suspension scheme. One of the most peculiar novelties of this variant is that the cabin is slightly higher to allow taller users to access the interior more comfortably.