David Tonizza, winner of 2019, continues one more year in the team

While the world of real Formula 1 is still in suspense about the renewal, or not, of Lewis Hamilton, in virtual F1 the market is moving and with a bang. Brendon Leigh joins the ranks of the Ferrari Esports team after serving in Mercedes in recent seasons.

Leigh has been linked to the world of esports in Formula 1 since its inception in 2017. He was the inaugural season champion and caught the attention of Mercedes. The Germans took over his services for the 2018 season, in which he repeated the title.

After two dry seasons with the Germans, the 21-year-old British joins the ranks of Ferrari for the 2021 edition. The Italian David Tonizza, champion in 2019, will be his partner, so Enzo Bonito leaves the team. With ten victories to his name, Leigh is the most successful driver of the young life of Formula 1 eSports and together with Tonizza, he hopes to build a great team.

« My excitement about joining the FDA Esports Team cannot be signed. I just signed, but I am already clear about their passion and commitment to win with them. I have noticed the unity in the team, which makes them a winning family. I am looking forward to working. and to drive with the red Ferrari, « said Leigh. 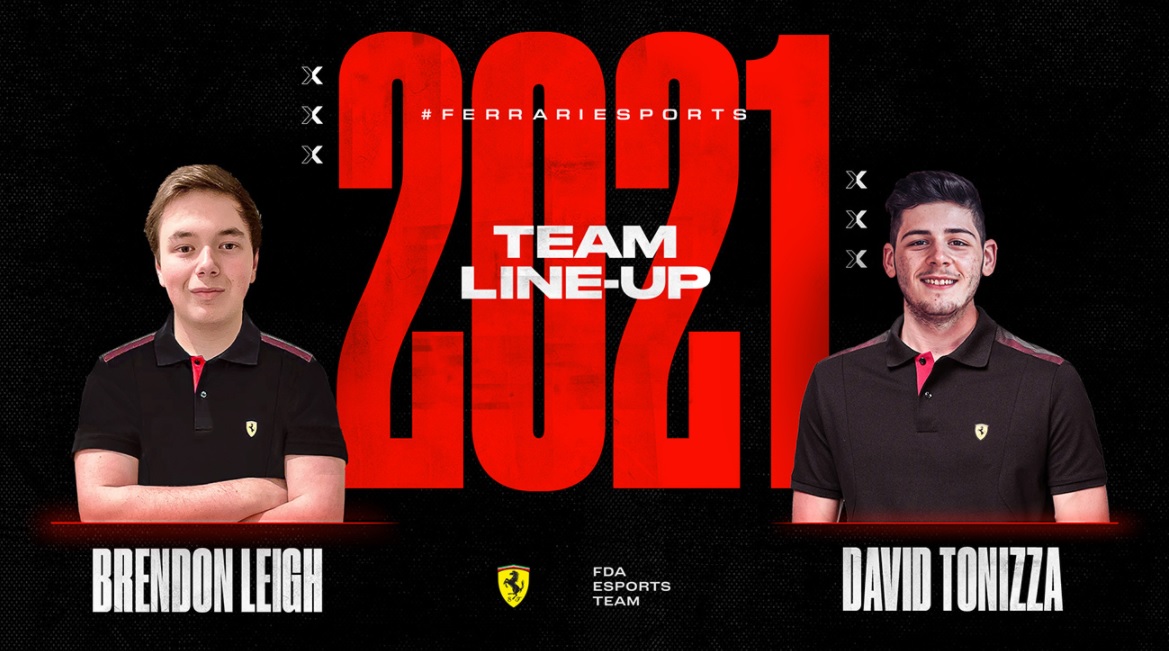 Marco Matassa, team manager, believes that this union will bring great successes to the team. « The FDA Esports Team has decided to pin its hopes on the most successful driver in F1 Esports history. Brendon has twice won the title, represents a unique combination of youth and experience, and brings with him the right skills for him. team and its challenges together with David Tonizza « , highlighted Matassa.

« David’s path has been similar to that of Brendon, also winning the title on his first attempt. In 2020 he won two races and has shown that he is one of the fastest in the category. I am sure that with this impressive lineup we will be able to fight for the Drivers’ Championship and try to win the Team Championship for the first time, « added Matassa.

« Brendon and David share our desire to win, our enthusiasm and attitude necessary to have a good season, » said the Italian to finish.