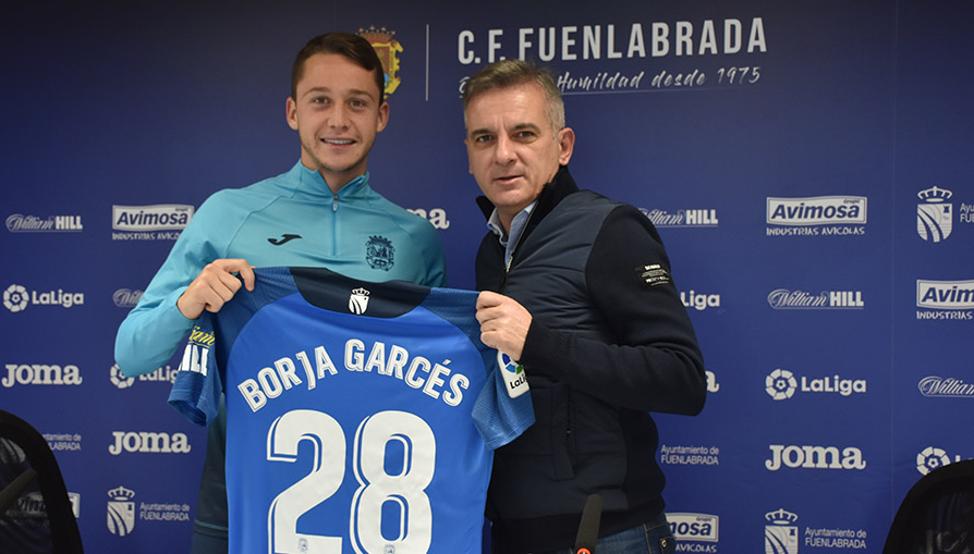 Borja Garcés, player of the Atlético de Madrid assigned to Fuenlabrada, confessed that Fernando Torres, former striker who gives its name to the stadium of the team that he will defend in the coming months, has given him ‘very good advice’.

“Fernando Torres is my idol. But then I have noticed many forwards like Villa, Ronaldo Nazario, Diego Costa… Torres has given me very good advice, on the day of the match I spoke with him in the morning and he gave me a lot of advice that I think is what I prefer. I have also trained with Diego Costa and Morata and I have learned from them, ”he said.

Of that shock, he commented: “The sensations were very goodThen in the penalty lottery it’s heads or tails, but the feelings were very good. I had not been able to play minutes since before Christmas because last weekend’s game with the Atleti subsidiary was postponed due to the snow and I am left with that, although I lack a bit of rhythm ”.

Regarding the reasons for choosing his new destination, he stated: “Fuenlabrada had a lot of interest in me and that was what made me choose this club. The second thing is that I want to play and continue growing as a footballer and as a person and for that, right now, the important thing is to have minutes ”.

“Then a friend of mine called me who is Oscar Pinchi and he gave me very good references from the squad and the coaching staff and that was what made me choose Fuenlabrada ”, he stated in the press room.

On the other hand he spoke of his first contact with the coach, José Ramón Sandoval: “The truth is that we have not been able to speak much. I arrived four days ago and spoke two or three little things in training and before going to the field two words. I hope to give him the maximum, that he makes me grow as a footballer and not disappoint him ”.