On Sunday Fernando Alonso showed that desire and passion can blatantly over the years. Turning forty, and defending your position better than 25, was the best demonstration

Alonso held 10 laps to Hamilton with an inferior car

Valtteri Bottas is 31 years old, not the 26 that Fernando Alonso gave him in his statements, but it is the same, the ways that the Finn uses to defend his position have never been the best and they ask George Russell in Imola or Nicholas Latifi in Turkey last year, surely there are more, but these are the ones I have in mind now, they are a few small examples, without going into analyzing Hungary. 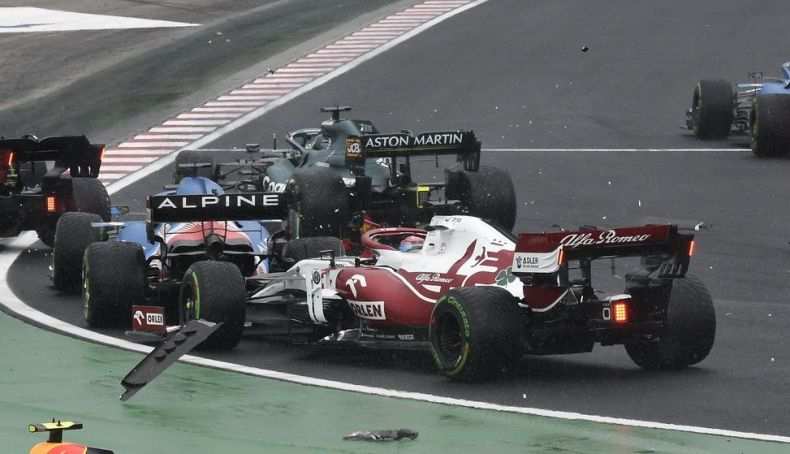 The ways that Lewis Hamilton is showing to defend himself against attacks in recent times is not that they are very exemplary, and rather that they ask Red Bull. All this apart from the damage bills that the Mercedes have caused the Red Bulls in the last two races, it is assumed that without intention, although there are opinions for everyone.

Fernando Alonso took out the board, and for just over ten laps he showed how to defend the position, making Lewis Hamilton more than nervous, who has a bad streak in that regard. Fernando Alonso showed the Alpine logo for several laps, while Lewis Hamilton watched as the victory was fading behind the back of a two-time champion, who should have some more title, but the Englishman showed that he is shrinking against Fernando Alonso.

If it had been Max Verstappen or anyone else, surely he would have been much more aggressive, as if he said “get out of the way that I have to go through”, however with the Spanish, it is not known if out of respect or fear of being seen in the field, he was very cautious and preferred to lose the victory because he knew he was losing it, than to get into the Asturian garden, especially because of what it could represent at the image level.

Fernando Alonso made Lewis Hamilton’s seams visible at all levels. Sporty, because with a car a second and a half faster, as Fernando Alonso recognized, he could not overtake him in ten laps, making mistakes and not knowing where to attack the Alpine. And at the image level, Lewis Hamilton, who is very intelligent, knew that taking Fernando Alonso off the track, after those of Silverstone, could turn against him much more than the thousands of orange shirts that were in Hungary, especially in the social networks, which he takes advantage of very well, but which he is “afraid” of when they revolt against him.

The other lack that Lewis Hamilton had never seen was the physical condition with which he finished the race. About this there were two theories in Hungary. One is that he became the martyr when he saw the boos he received from the Dutch fans in front of the podium, and in this way, trying to give pity so that they would stop yelling at him. The other theory is that the coronavirus has left sequels, as he himself slipped, which until now had not been seen because the supremacy of the Mercedes was so great that no one had pushed it to the limit. Precisely it was Fernando Alonso who took the British to the limit, which in the time of Mercedes has never taken so long to overcome a car inferior to its own, fighting hand-to-hand. See Lewis Hamilton playing Nigel Mansell, failing to lift the trophy as happened to the ’92 champion on more than one occasion, and almost ending up on the ground like Williams’ in Monaco 1992, when he finished behind Senna, who had a car clearly inferior to the Williams.

Fernando Alonso finished the race happy and satisfied For two reasons. He was decisive in Esteban Ocon’s victory and he endured Lewis Hamilton like no one else, and above all he proved to himself and to everyone that he is still the same driver capable of winning a title, if he had a car at his height. The problem with Fernando is that he is too good and ambitious to be in either of the two teams capable of winning today. There is no Principal Team that is capable of managing a duo made up of Max Verstappen and Fernando Alonso, or Lewis Hamilton and the Asturian. There is no Ron Dennis or a Frank Williams capable of dominating their drivers, there is too much politics and it is easier to manage teams made up of a well-defined first and second driver or two drivers who do not represent problems, as is the case in practically all races. teams, being Ferrari, where there is no first driver, the only exception of the big three.