Real Madrid with a great defense and Starring performance by Fabien Causeur, Nico Laprovittola and Gabriel Deck, achieved an important victory on the Fenerbahce court by 67-93, which makes them a play-off team without having to wait for other results.

Match corresponding to the 34th and last day of the regular phase of the men’s basketball Euroleague played at the Ulker Sports and Event Hall (Istanbul).

Now the Spanish team You will have to wait for other results to know in which position you finish and who will be your rival in the quarterfinals of the competition, with the field factor against in any case.

Real Madrid came out focused, knowing what was at stake. Good in defense and patient in attack. First he closed the points of the Turks with the defenses on Nando de Colo and Marko Guduric and then Nico Laprovittola began to work the advantage on the scoreboard, 5-10 (min.5).

The rebound (6-10 for Madrid at the end of the first quarter), the triple (4/10 for the Madrid team and 0/2 for the Turkish team) and the Laprovittola’s eight points and the 2 from De Colo and 0 from Guduric, explain the 11-23 with which the first act closed.

In the second quarter, Madrid came out like a cyclone and with the triples of Trey Thompkins and Fabien Causeur he put a +20 on the scoreboard (13-33, 12.10 m).

Another good news was the departure there of Sergio Llull after almost two months of absence. And he did it as always, with 8 points and 2 triples in a row in the little more than five and a half minutes that he remained on the track.

De Colo put the team on his back and together with Lorenzo Brown, 12 points at halftime, he was responsible for Real Madrid not going to the changing rooms with a more comfortable advantage than 36-49 at the end of the second quarter. 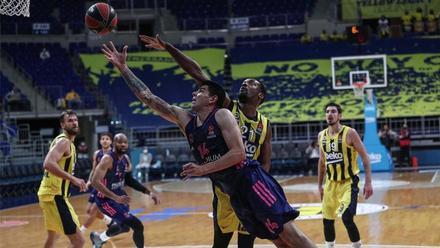 The rebounds continued to be favorable to the visitors (13-17) and also the triples, 2 of 5 by 10 of 21. In addition, they did not lose any ball in the first twenty minutes and diversified the scoring with 11 points from Causeur, eight from Laprovittola, eight from Llull and six from Thompkins.

In the resumption, bad news for the whites in the form of third personnel for Tavares, although he knew how to have the necessary patience to continue working and hold out of a Fenerbahce who offered much more resistance to Barça last week, 42-58 (m.24).

Guduric and, above all, De Colo (12 points in this third period), with two consecutive triples, tightened the score, 50-58 (m.25.30). Y Laprovittola reappeared to score a triple of almost 9 meters to restore the advantage over ten points. 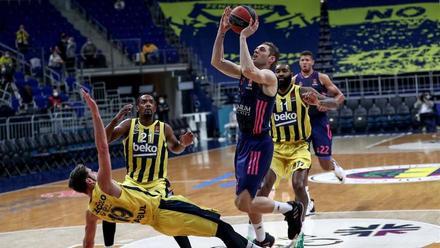 Causeur was a pylon hammer for Fenerbahçe

At the end of the third act, 57-67 and everything to be decided, with Fenerbahce winning their first set, 21-18. A triple from Deck was the calling card in Madrid’s truth room, 57-70, and a basket under the rim from Causeur and another from Laprovittola raised the income to 17 points (57-74, m.31.20), opening wide the door of the playoffs.