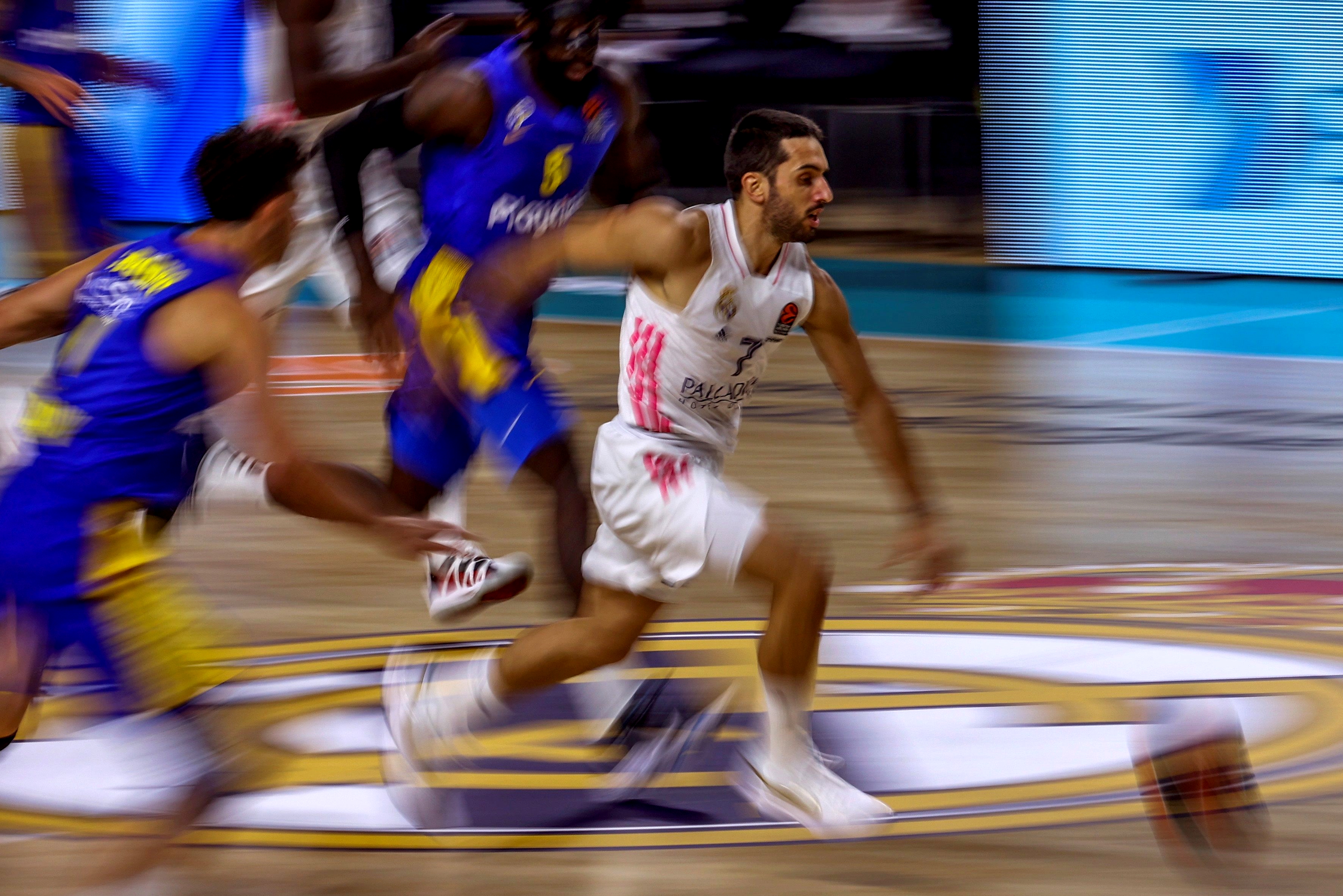 With the suitcase at the door but without noticing the commitment, Facundo Campazzo threw Real Madrid to a solidarity feast against Fenerbahçe (94-74) in which Laso’s team distributed up to 31 assists, 12 of them from Facu before set course for the NBA. Abalde (17 points) and Tavares (13) led a choral victory with an air of tribute to the Argentine base. The whipping of the white team was not greater, which came up 26 on the scoreboard, because Danilo Barthel and Lorenzo Brown, 40 points between them, tried to preserve the honor of a denatured and lacking character Fenerbahçe. Madrid played with the wind in favor after marking territory without hesitation, from the initial jump and until grabbing his sixth victory in 10 days of the Euroleague, the fifth in a row to jump from 16th to 5th place in the standings.

Two games were played in one at the WiZink Center; Madrid’s tenth in the tournament, to confirm its upward dynamics and, at the same time, Campazzo’s last in the Euroleague with the white jersey. If the planned script does not change, Facu will announce his departure to the NBA in the coming days and will leave six million euros in the club’s coffers, to be paid in three installments, to cover or alleviate his absence. “Facundo is going to play next season in the NBA. He has more opportunities to go to the Western Conference and it will not be in a humble team “, certified yesterday his representative, Claudio Villanueva, pointing his tracks to the Denver Nuggets as a destination. In addition to helping his team in the two and a half months played this course, Campazzo has been deducting, with his salary, the first payment of the exit check to the American Mecca. The initial tranche of his annual salary this campaign (1.8 million, reduced to 1.6 after the cut due to the pandemic) has been used to cover part of the clause. With the piggy bank of that first term and the saving of the Argentine base’s salary, Madrid will remain attentive to the market for a possible reinforcement but, while a piece appears that fits into the gear and is good, beautiful and cheap in times of recession, the Laso’s options are those in the current template.

The Madrid coach explained a month and a half ago that, with three pure bases in the squad (Campazzo, Laprovittola and Alocén), he was officially transferring Llull to the guard position and that even Abalde would enter before the Menorcan to cover contingencies in the team’s management . We will have to see how the roles are now retouched in the engine room. With Laprovittola, Alocén, that versatility of Llull and Abalde, some contribution from Causeur and who knows if some initiatory baptism of the booming homegrown players Juan Núñez (16 years old) and Matteo Spagnolo (17), both included in the Euroleague list, will continue Laso plowing his prolific harvest. Campazzo’s departure generates, yes, a hole in the line of succession of the Madrid bases. An absolutely strategic position in this Madrid. When Chacho left, Llull was in full maturity. When the Menorcan suffered a serious knee injury in 2017, Doncic had already broken the percentiles. And when Luka made the big leap, the Facu had already been unleashed claiming stripes. All have been the brand image of Lasismo. In these years, Madrid has signed 33 players: 15 centers, 13 outside and only five bases (Draper, Campazzo, Randle – Llull’s temporary replacement -, Laprovittola and Alocén). It is not easy to be number one on the Madrid board.

Even less with the mixture of simplicity and sufficiency with which Campazzo is handled in these times in Europe. With six assists in nine minutes (9 at halftime), Facu broke off Fenerbahçe, just as it did with Maccabi. The Argentine point guard led a 26-9 run, with nine points from Randolph (3 of 4 on triples) and seven from Tavares (in addition to four rebounds and three blocks), which left Kokoskov’s side shivering. The pulse, a classic of the last five years in the competition – semi-final in 2015, quarter-final playoff in 2016, semi-final in 2017, final in 2018 in Belgrade and consolation match in 2019 – was unrecognizable due to the dissolution of the poster of the Turkish team without the Obradovic totem. A transformation to which a medical part was added with the losses of De Colo and Vesely. The Madrid onslaught closed with a 28-12 mark in the first quarter, with a conclusive 44-2 in the collective assessment.

Fener tried to resist a shaking similar to the one they suffered at the Palau last week (97-55) but, what started as the best defense of the tournament, went to rest with 49 points against. The vigorous contribution of Abalde, in defense and attack, added to the recovered solidity of Deck and Madrid tried the final demarraje. He didn’t make it in the first half because Barthel and Brown held the guy. But, after the intermission, the first points of Campazzo (7 in a flash) and Rudy, added to another burst of Albalde ended any intrigue (72-48, m. 29). The withdrawal of Rudy himself to the changing rooms, five minutes from the end and with worrying gestures of pain after a blow to the back, was the only setback for Laso’s men (“It is too early to assess it, but I hope it is nothing serious”, the technician pointed out later). It was Madrid’s fifth consecutive victory in the Euroleague, the tenth in a row counting with the ACB since the defeat against Barça at the Palau on October 23, which marked a turning point in a rearmament that will now be tested with the departure of Campazzo, the cornerstone. “Laprovittola has distributed six assists in 10 minutes, with a better ratio than him,” Laso cleared first when asked about Facu. “From there, I know that the NBA market opens today, but the only thing I have in mind is that on Sunday we will play against Manresa in La Liga and Campazzo will play that game,” he closed.