. The fainting of Osmel Sousa in Nuestra Belleza Latina: Who rescued him?

Osmel Sousa is one of the most emblematic faces of Nuestra Belleza Latina, and although most viewers associate him with the scathing, and sometimes even cruel comments that he emitted against some of the participants who did not like him, he also had several moments memorable on the show, like that day he fainted.

In the seventh season of the program, the president of the judges’ table of the Univisión reality show ended up suffering a drop in blood pressure, which led him to collapse, as captured in a video, which to this day continues to be much seen.

The distressing moment, in 2013, occurred in the middle of a rehearsal of the flamenco dance “Soy tu gitano”, which the members of the Nuestra Belleza Latina jury: Osmel, Lupita Jones and Julián Gil, were setting up, under the baton of the Curro de Candela choreograph.

Osmel Sousa fainted after a dance test at Nuestra Belleza Latina 2013. Loaded by Julián, Osmel came out passed out due to lack of air after doing the dance test with the girls and Curro Candela. Nuestra Belleza Latina: the search for the most beautiful Latina in America. Presented by: Giselle Blondet, with the participation of judges Osmel Sousa, Lupita Jones and Julian Gil. For… 2013-04-30T15: 59: 09Z

Osmel apparently fainted due to the strenuous rehearsal as he had a very tight girdle, which required the bullfighting outfit he was supposed to wear.

In the following broadcast of the show, the presenter Giselle Blondet showed the images of the fainting, in which Lupita Jones was seen very worried asking for the emergency services to be called, and Osmel in the arms of Julián Gil, who asked that they open the door for her. shirt to the Cuban-Venezuelan, who did not respond.

The Puerto Rican host in her comments on the incident suffered by Osmel, highlighted that since the beginning of the program, in 2007, that night would be the first time that the jury would be absent.

“I’m going to show you something that you couldn’t see before, and that’s when Julián is taking Osmel to the dressing room. Some of our technicians, and everyone else, were obviously worried about the situation. He worried that this dance would be divine and it is the first time with Osmel, not sitting in 7 years, where he should be ”, said the Puerto Rican.

You can see the video in this article, where we also show you that the scare was worth it, because in the end both Osmel, as Lupita and Julián, presented a striking musical number, in which they performed and danced with the contestants of that season, won by the Salvadoran Marisela de Montecristo.

Flamenco dance by the judges and the girls with Curro de Candela in Nuestra Belleza Latina Pasión, bullfighters, flamenco, dancing with Curro de Candela left Osmel breathless and giving Giselle a scare. Nuestra Belleza Latina: the search for the most beautiful Latina in America. Presented by: Giselle Blondet, with the participation of judges Osmel Sousa, Lupita Jones and Julian Gil. To see more videos and gossip… 2013-04-30T16: 22: 10Z

On the day of the dance, Osmel stole the show, assuring that he could have danced alone, because he was one of the members of the jury, who had the most talent and grace.

“Flamenco is about personality, and the one with the most personality here, on stage, is me,” said Osmel, with great sympathy. 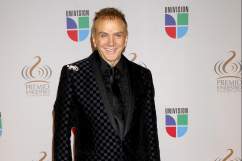 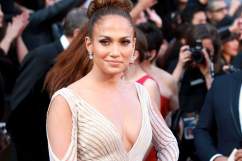