Fabio Quartararo has scored the victory in the Doha GP, second consecutive MotoGP test held at the Losail circuit. Following the teaching and the path set by Maverick Viñales in the first round of the season, the ‘Diablo’ has known how to take care of the tires, measure the times and attack at the precise moment. Thanks to this strategy, Quartararo has managed to escape from the pressure of Johann Zarco and Jorge Martín. Although the Madrilenian has carried the weight of the race after achieving pole, finally Martin has had to settle for a third place that gives him, in any case, his first podium in MotoGP.

Jorge Martín did not succumb to the pressure of being on pole and signed a great start that put him as the leader ahead of Johann Zarco, Aleix Espargaró and Miguel Oliveira, since the Portuguese climbed from twelfth to fourth place with a magnificent start. As opposed, Yamaha riders lost several positions again, even falling behind Álex Rins and Joan Mir. The weight of the race fell on the shoulders of the Pramac Racing drivers, despite Álex Rins’ attempts to overtake Johann Zarco. And the fact is that the top speed on the straight allowed Zarco to return each overtaking maneuver to Rins. 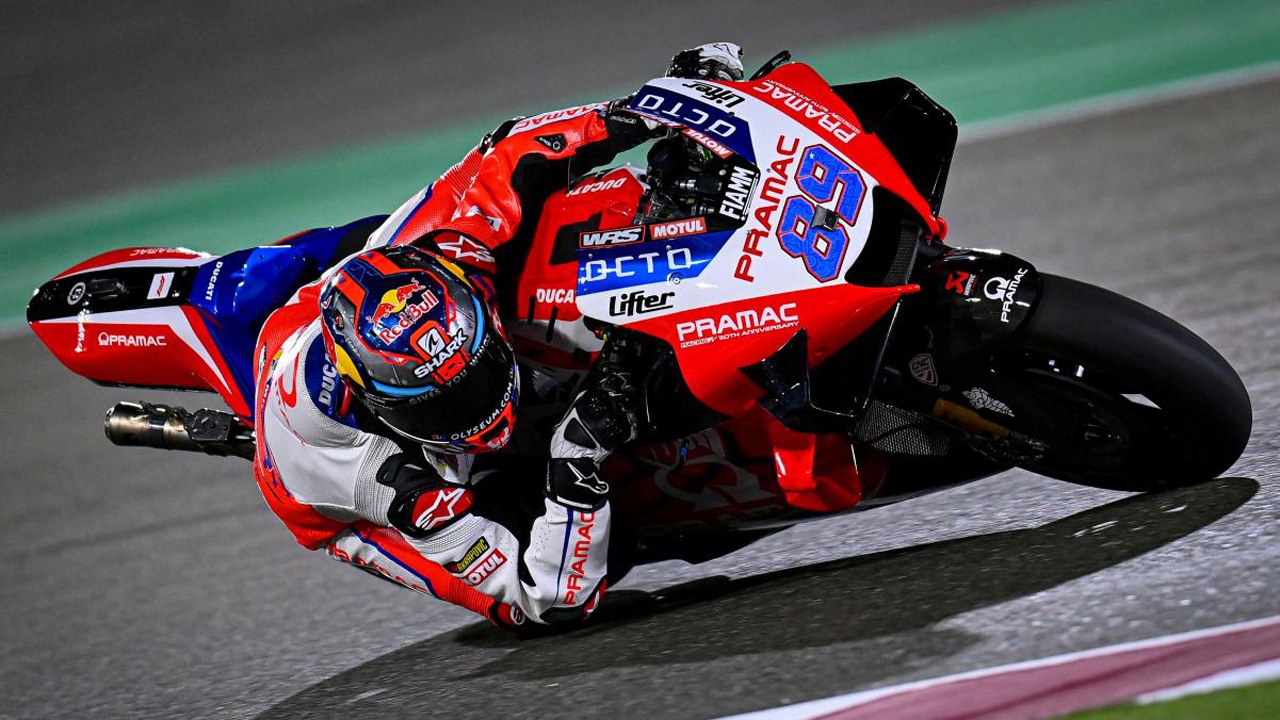 Jorge Martín has converted his first pole in MotoGP into a creditable third place that allows him to get on the podium.

The exchange of maneuvers between Álex Rins and Johann Zarco served to compact the group and as the first turning point of the race. In fact, Fabio Quartararo managed to surpass Jack MillerAlthough the Ducati riders ended up gaining positions to be ahead of Joan Mir, not without controversy after the reigning champion’s double touch with Jack Miller. In the end, these touches left both out of the game and gave way to a career end in which Jorge Martín, Johann Zarco and Pecco Bagnaia draw a provisional podium for Ducati that Fabio Quartararo did not take long to ‘burst’.

First Rins, then Bagnaia despite the top speed of the Italian, to later give an account of Martín. With three fleeting movements, Fabio Quartararo took the lead and gained enough advantage to escape from the pressure of a Jorge Martín who was finally overcome by Johann Zarco, every time the Frenchman made use of his experience. Álex Rins had to settle for fourth place ahead of Maverick Viñales and Pecco Bagnaia. For his part, Joan Mir was seventh, while Jack Miller crossed the finish line in ninth position, behind Brad Binder and ahead of Aleix Espargaró.