Red Bull introduced a new diffuser design for the Monaco Grand Prix with a serrated trailing edge on the surrounding Gurney-style flaps. For the Styrian Grand Prix he has upped the ante, adding teeth around those flaps. 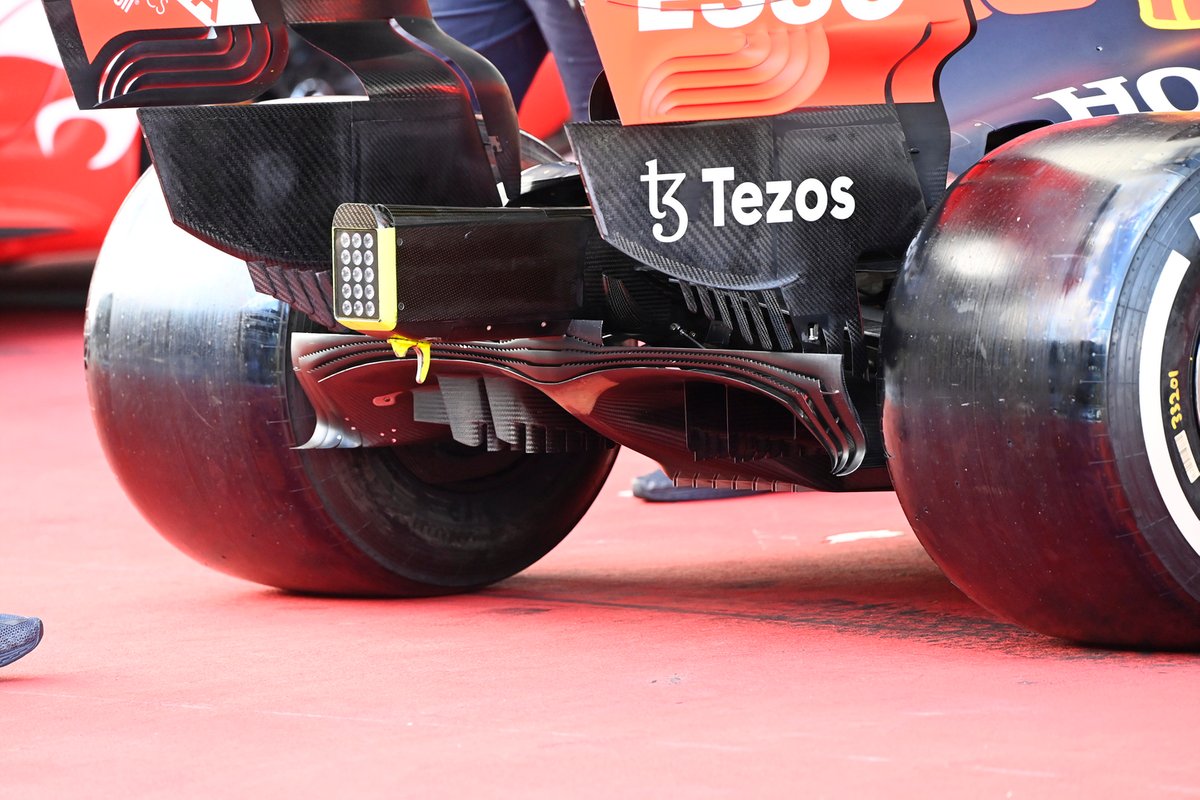 A wider view of the new Gurney-style serrated flaps that surround the RB16B’s diffuser. 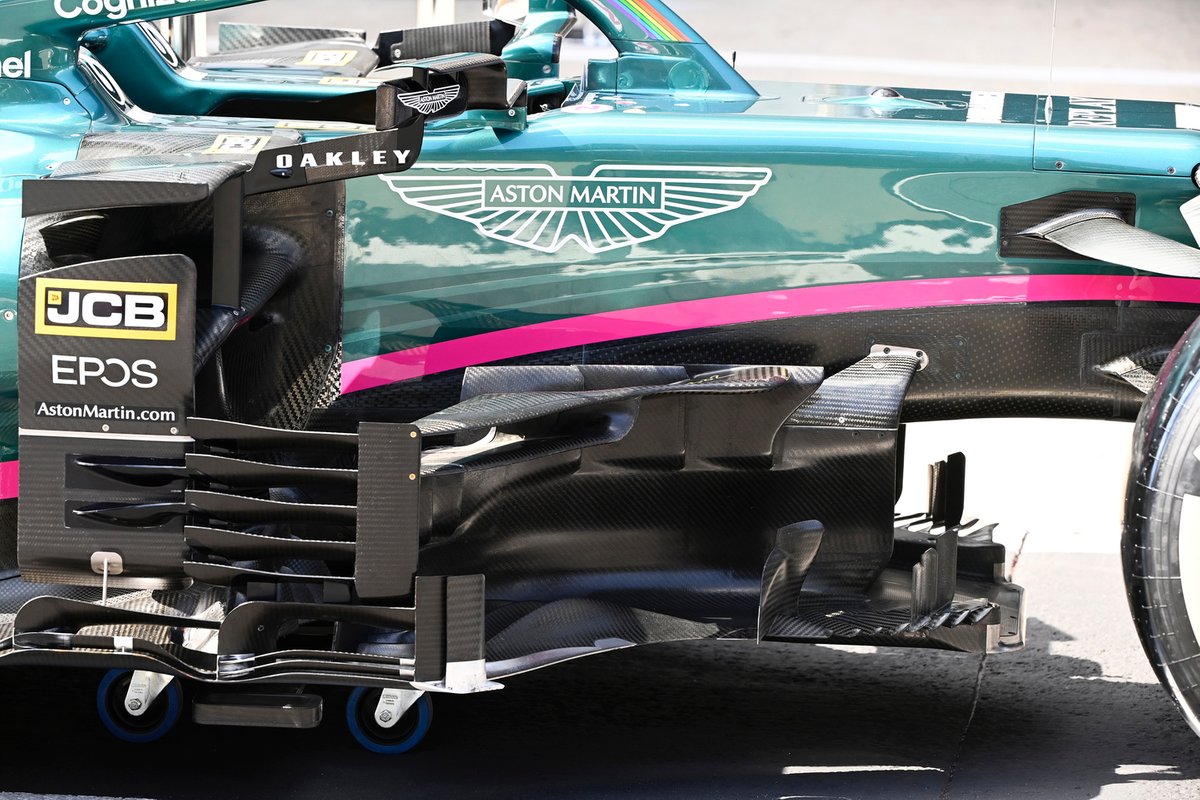 A shot of the Aston Martin AMR21 side bargeboard and sidepod assembly.

Details of the bargeboards of the Aston Martin AMR21 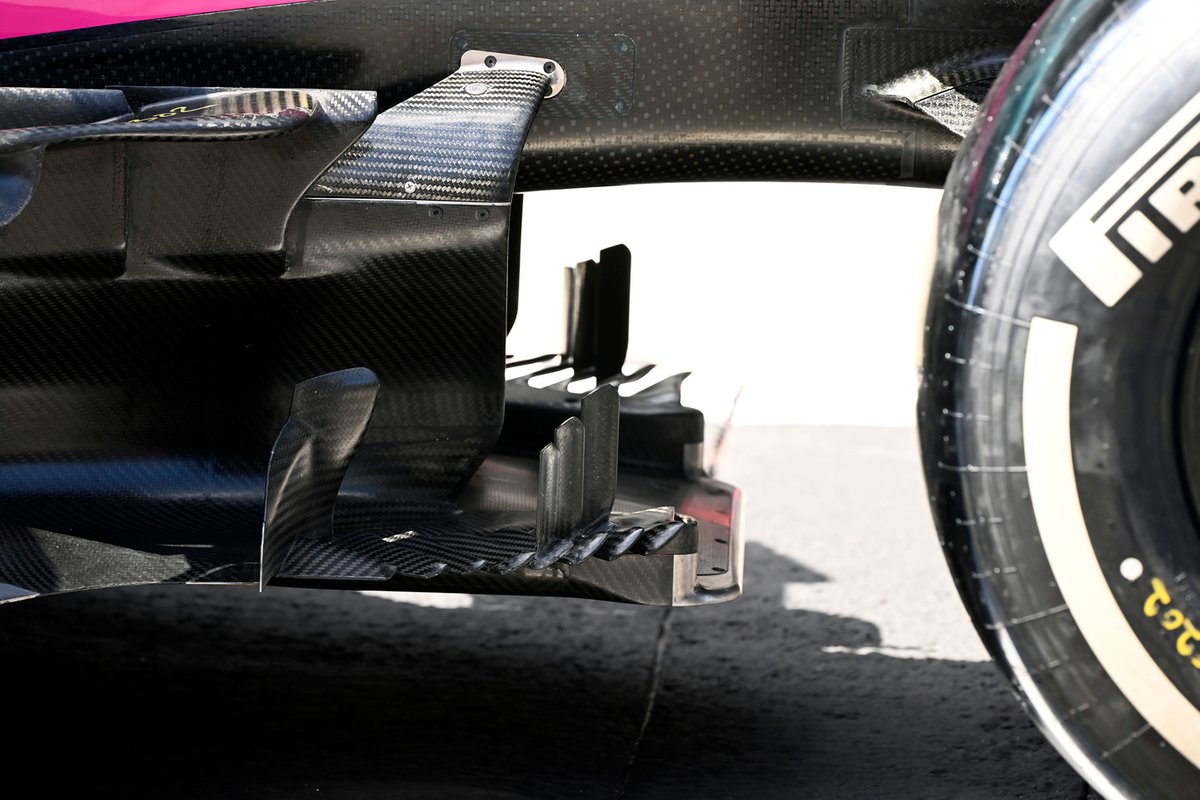 A close-up of the front section of the AMR21’s bargeboard cluster shows how the footplate is divided into multiple segments, while a cluster of fins is mounted on top to help redirect airflow as well. 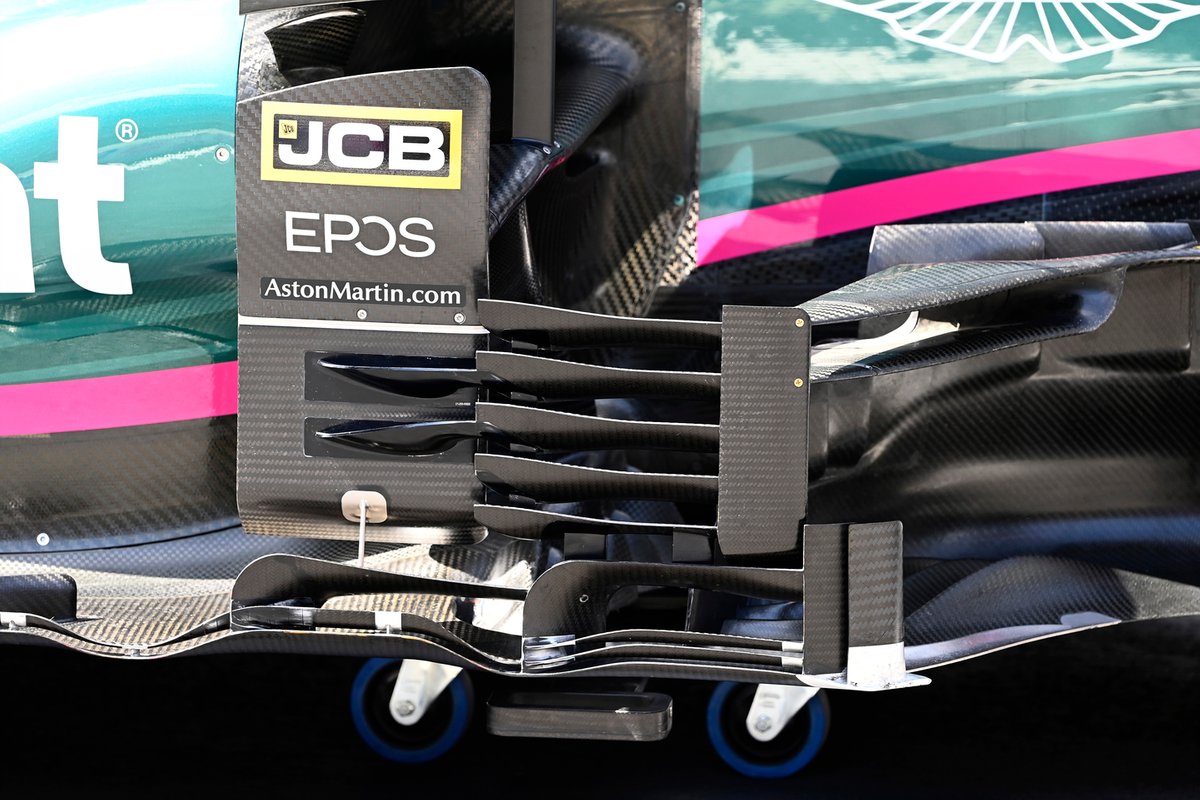 Take a closer look at the AMR21’s side-pod assembly, which utilizes the Venetian-blind-like structure first introduced by Haas along with a collection of curved fins on the edge of the ground.

Details of the bargeboard of the Aston Martin AMR21 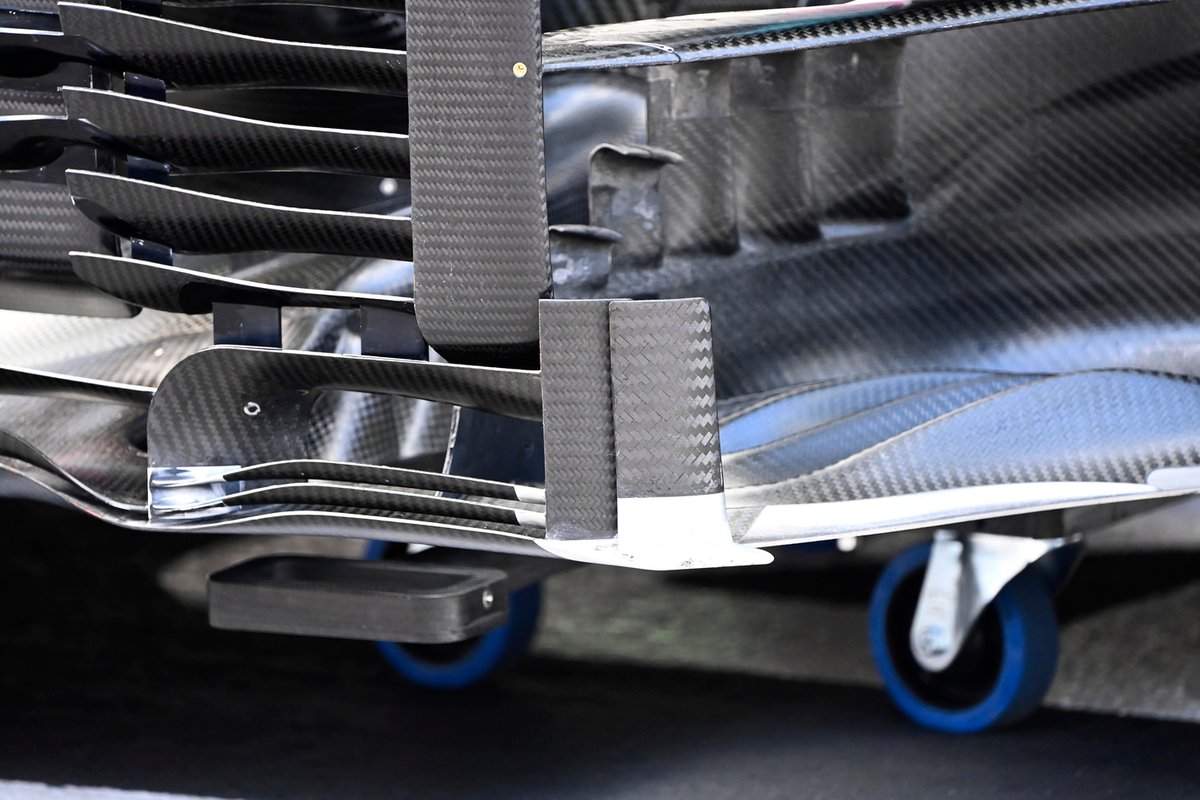 A close-up of the two vertical elements on top of the AMR21’s ground shaft head, also note the bent elements on the main bargeboard element behind. 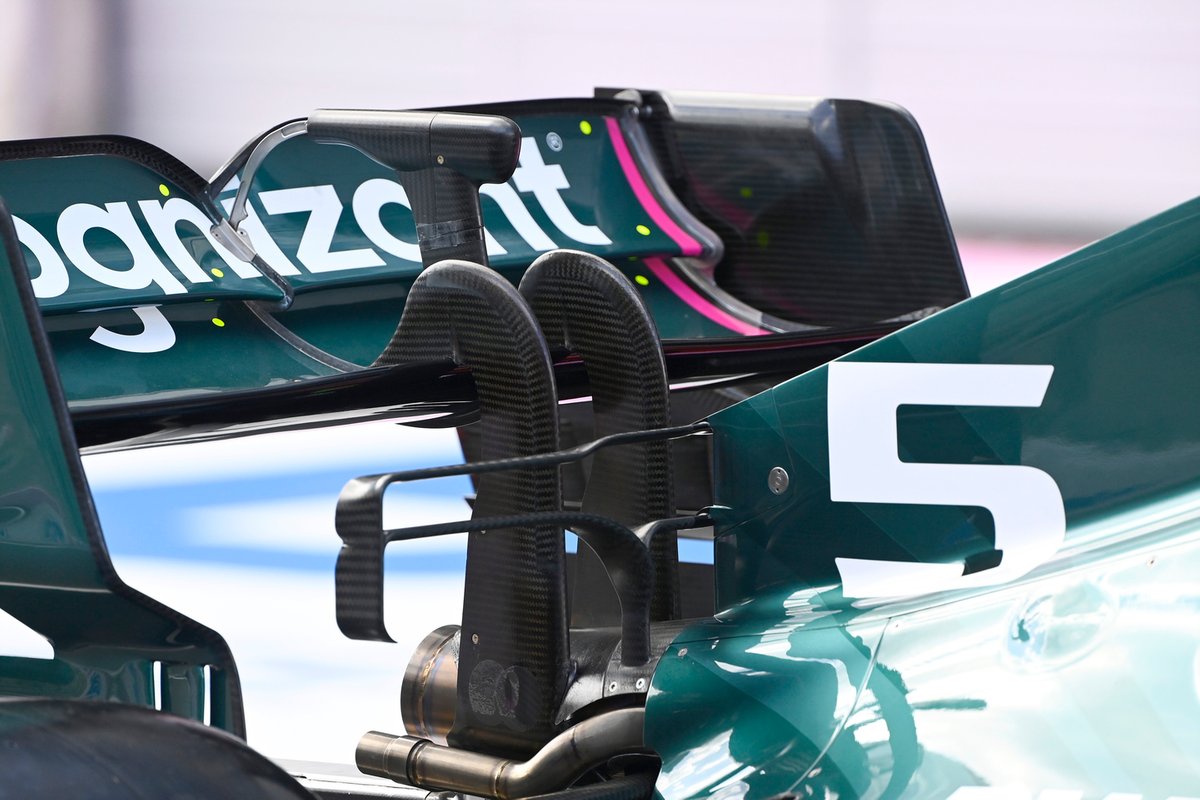 A high downforce rear spoiler and a dual element T-Wing on the Aston Martin AMR21. Note also the curvature of the upper front corner of the endplate, which allows it to accommodate a hit in the cavity created in the outer surface.

Aston Martin AMR21 side of the nose 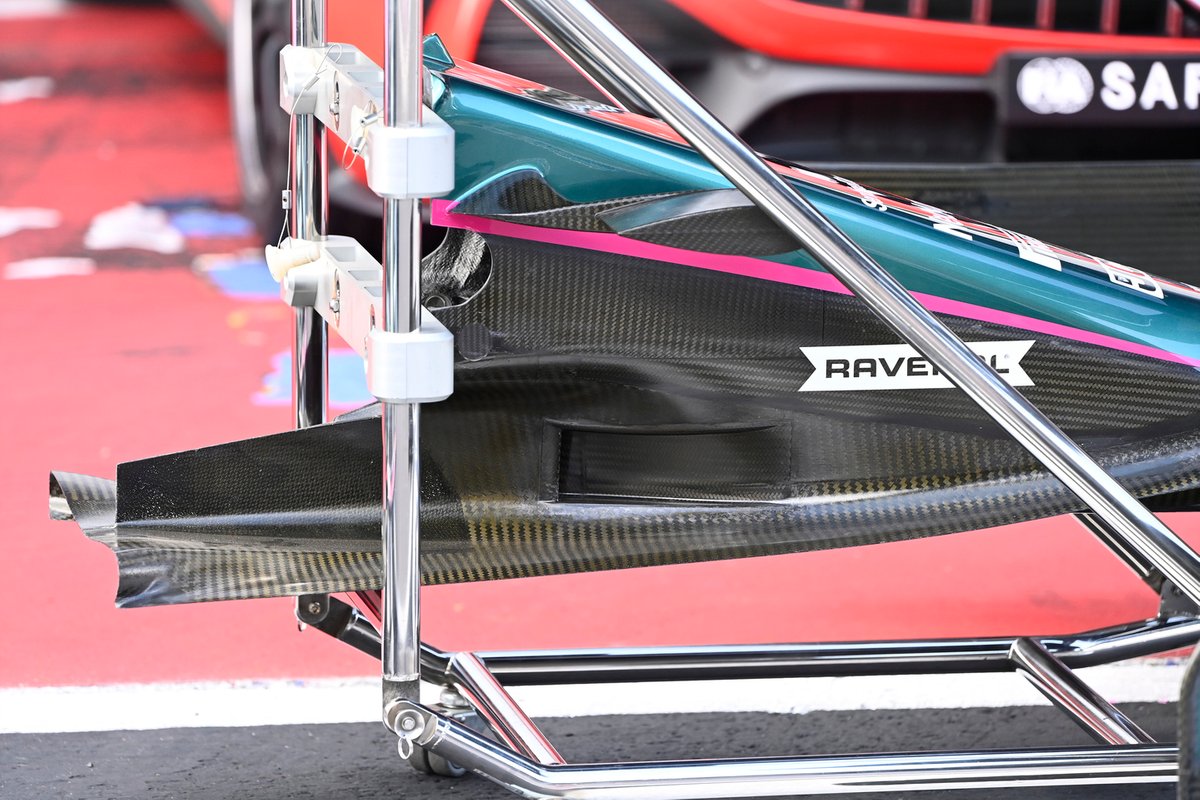 The inlets on the side of the AMR21’s nose / cape feed the “S” shaped conduit housed within the assembly. 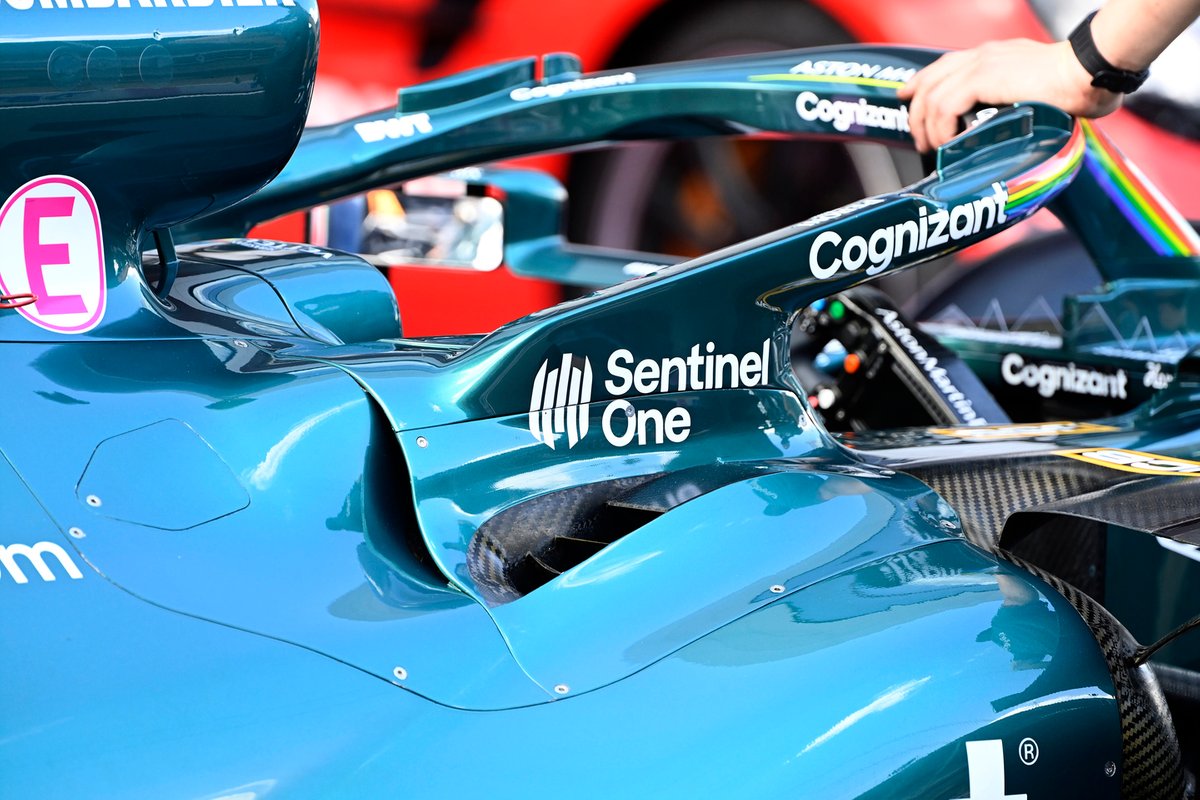 Aston is using more cooling vents next to the cabin in Austria to help combat the effects of altitude. Note the double fin arrangement on either side of the halo that replaced its boomerang-shaped winglets in Baku.

Detail of the front brake duct of the Mercedes W12 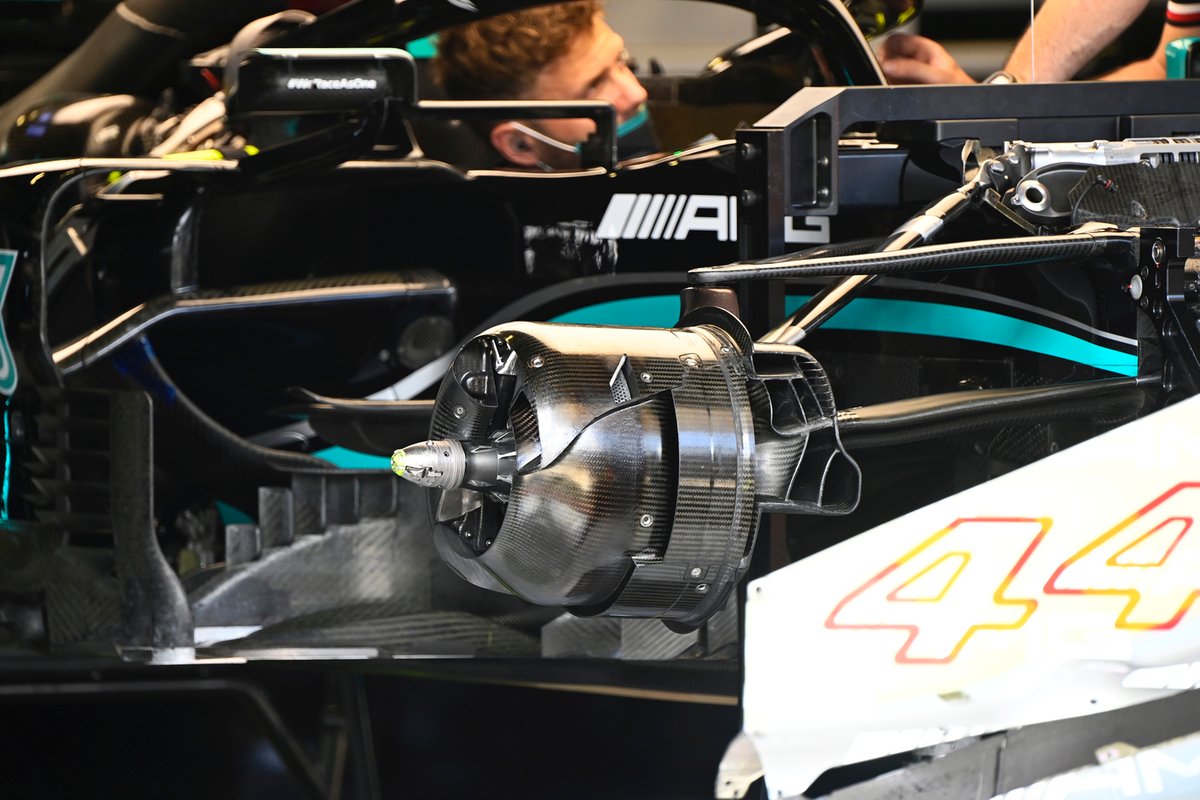 The arrangement of the front brake duct of the Mercedes W12 with several channels to channel the air collected in the intake, through the assembly and out of the rim. 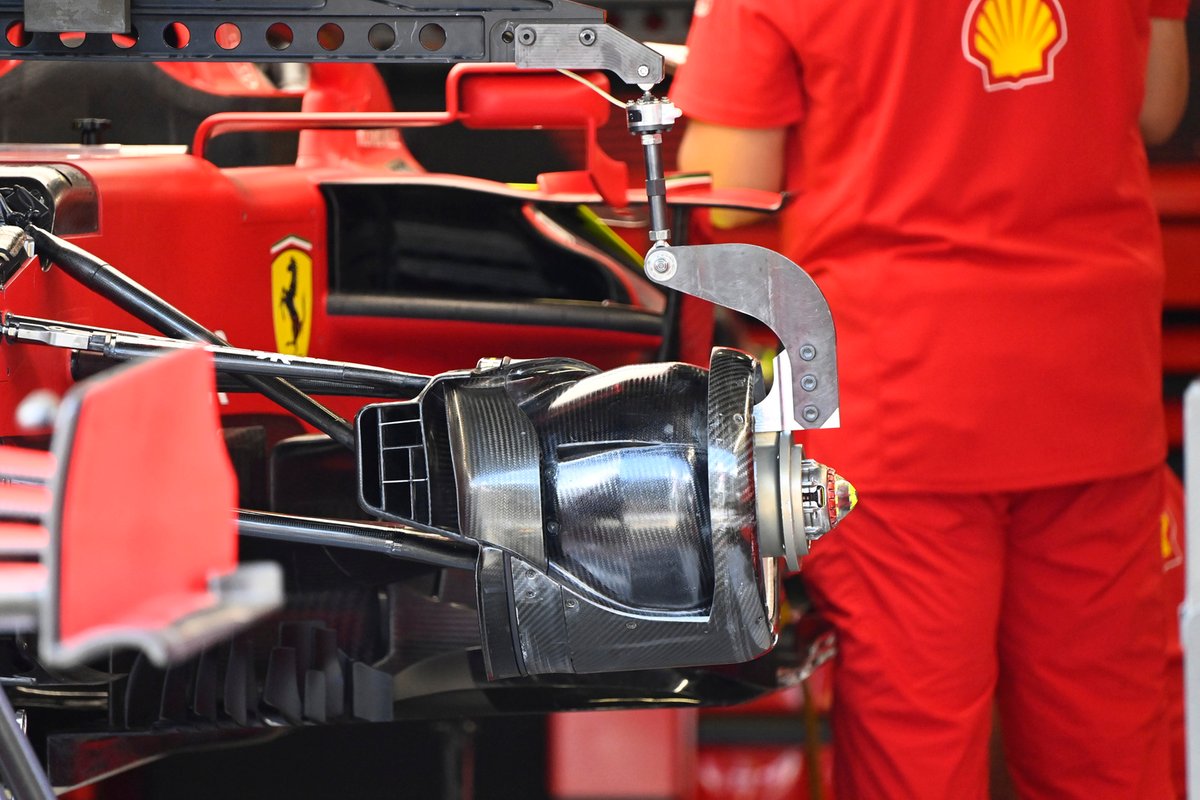 In comparison, we have the Ferrari SF21’s front brake duct design, which also seeks to add aerodynamic support, only in a slightly different way. 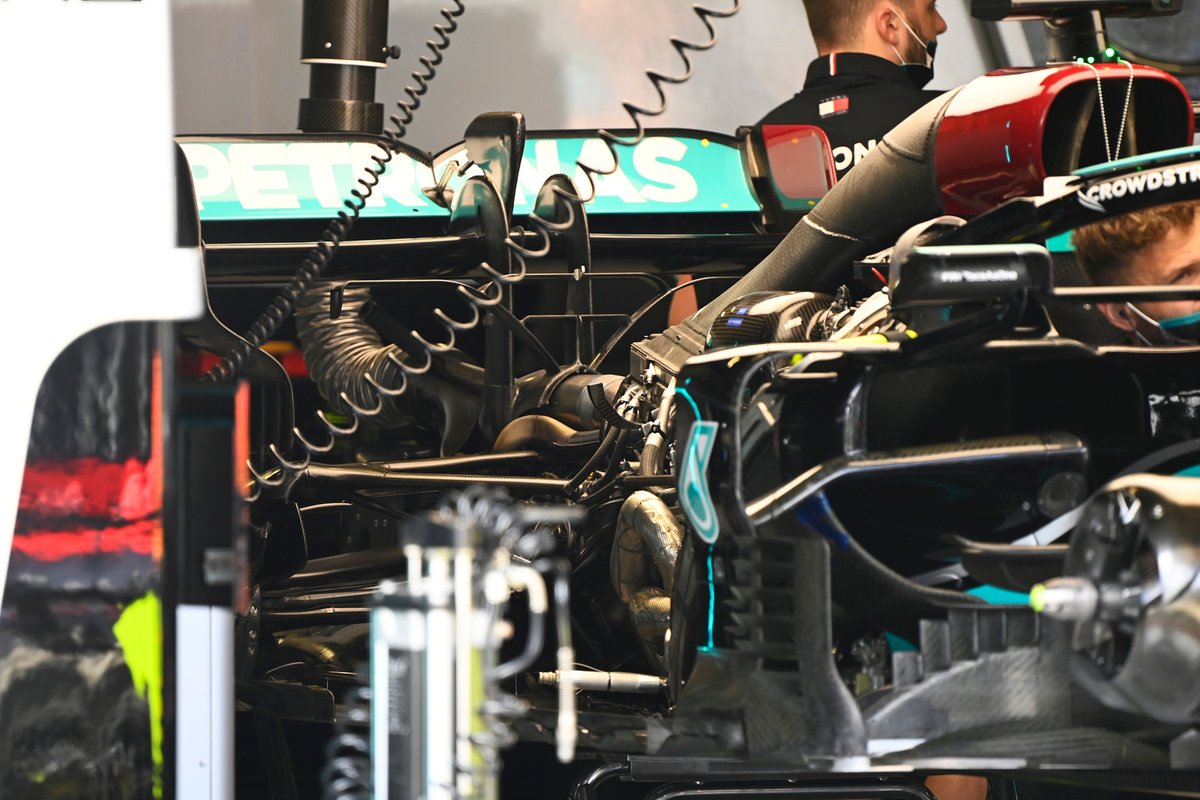 A look under the covers of the W12 to see the power unit and accessories, you can also see the high-downforce dual-pillar rear spoiler and the multi-element T-Wing that have been installed. 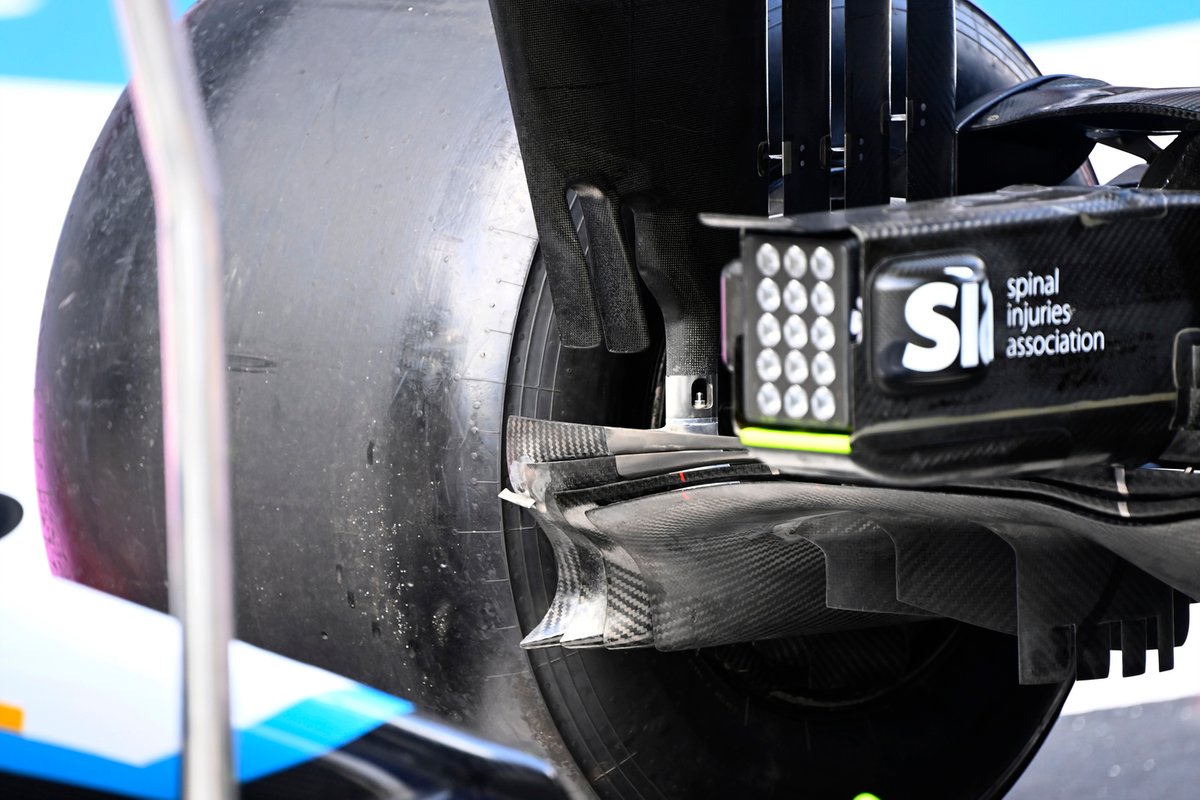 The Williams FW43B’s outer corner of the diffuser was improved at the last Grand Prix and now features a shorter narrow in the outer section than before. 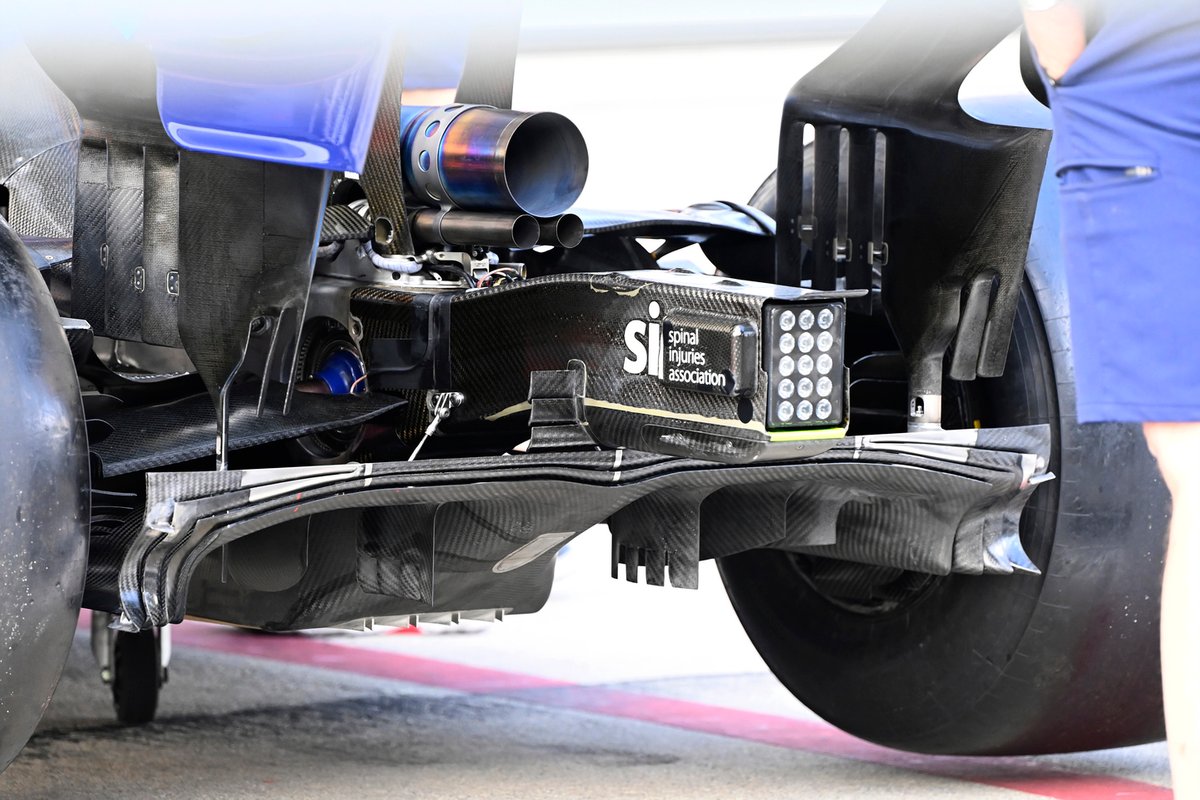 A wider view of the full diffuser of the updated Williams FW43B in France. 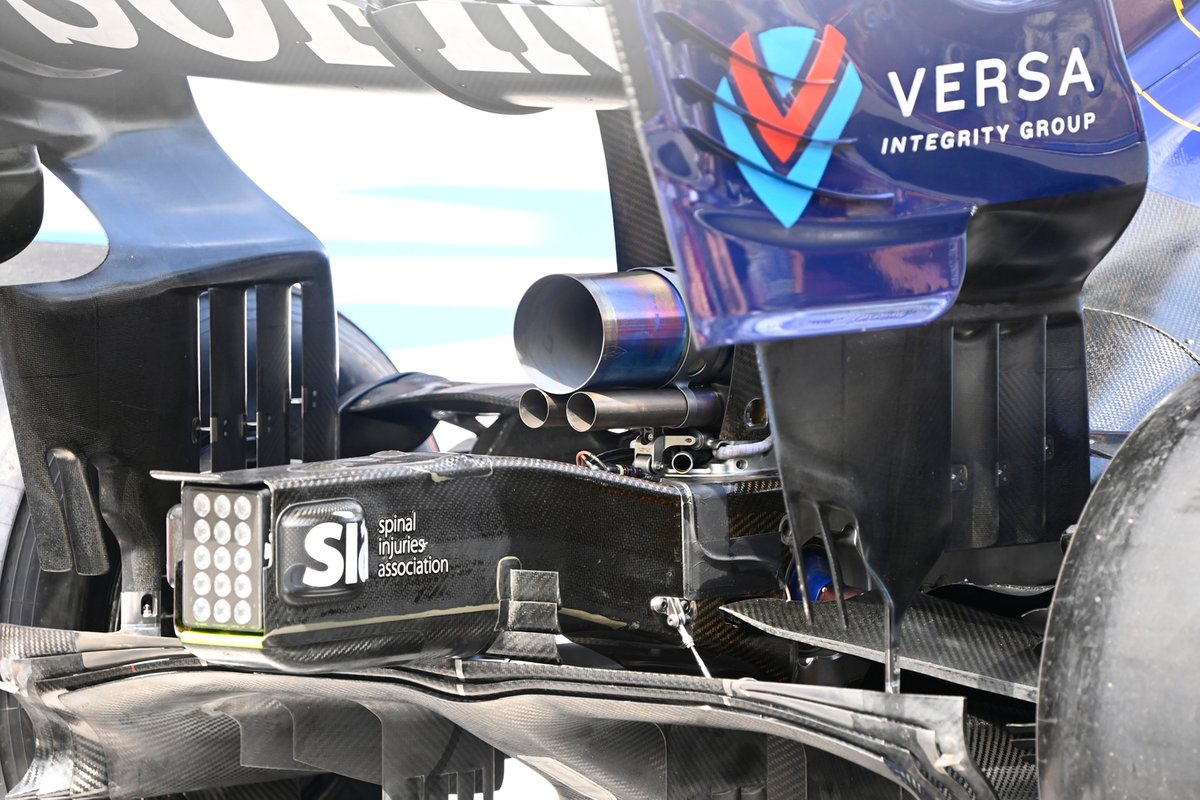 In this image of the rear of the Williams FW43B you can see many details, such as the arrangement of the tailgate piping, the triple stack of mini ailerons on either side of the crash frame, and the straps deployed outward in the lower end of the rear wing endplate. 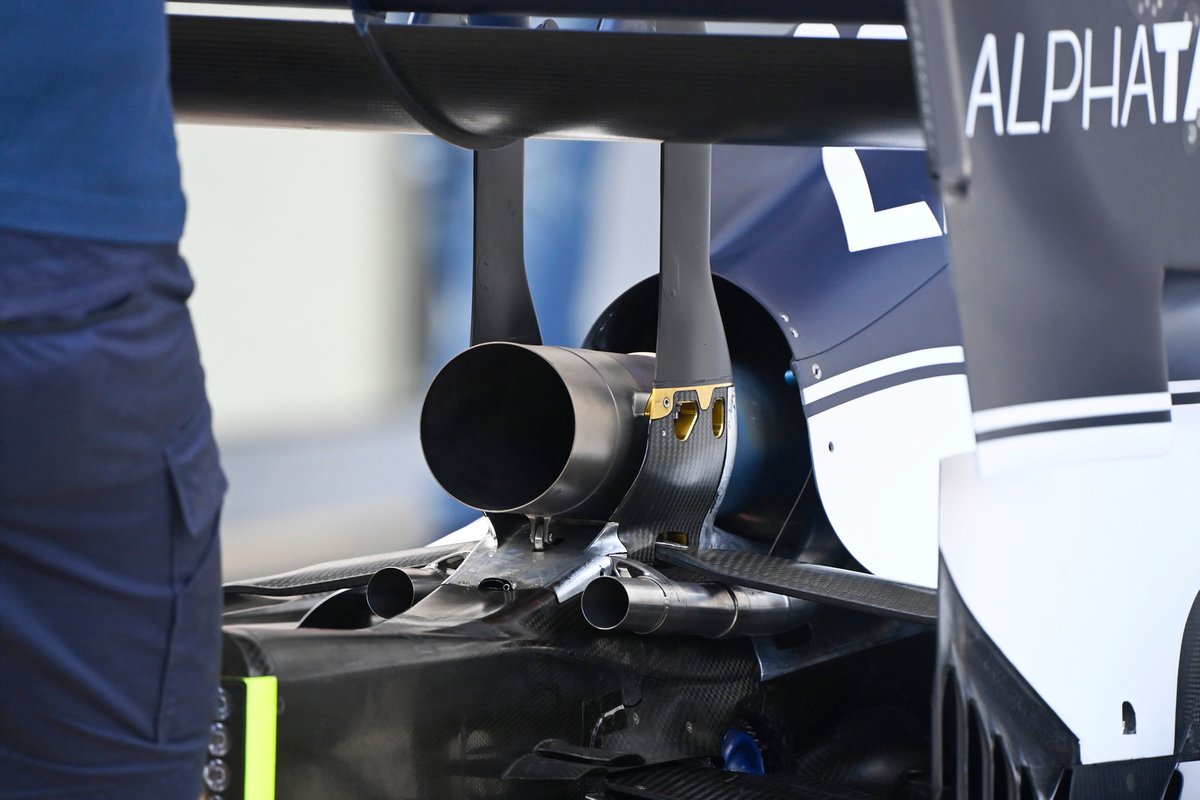 The AlphaTauri exhaust arrangement places the dump valve tubing under the upper forks, similar to how Red Bull has done in the past.

Detail of the rear of the AlphaTauri AT02 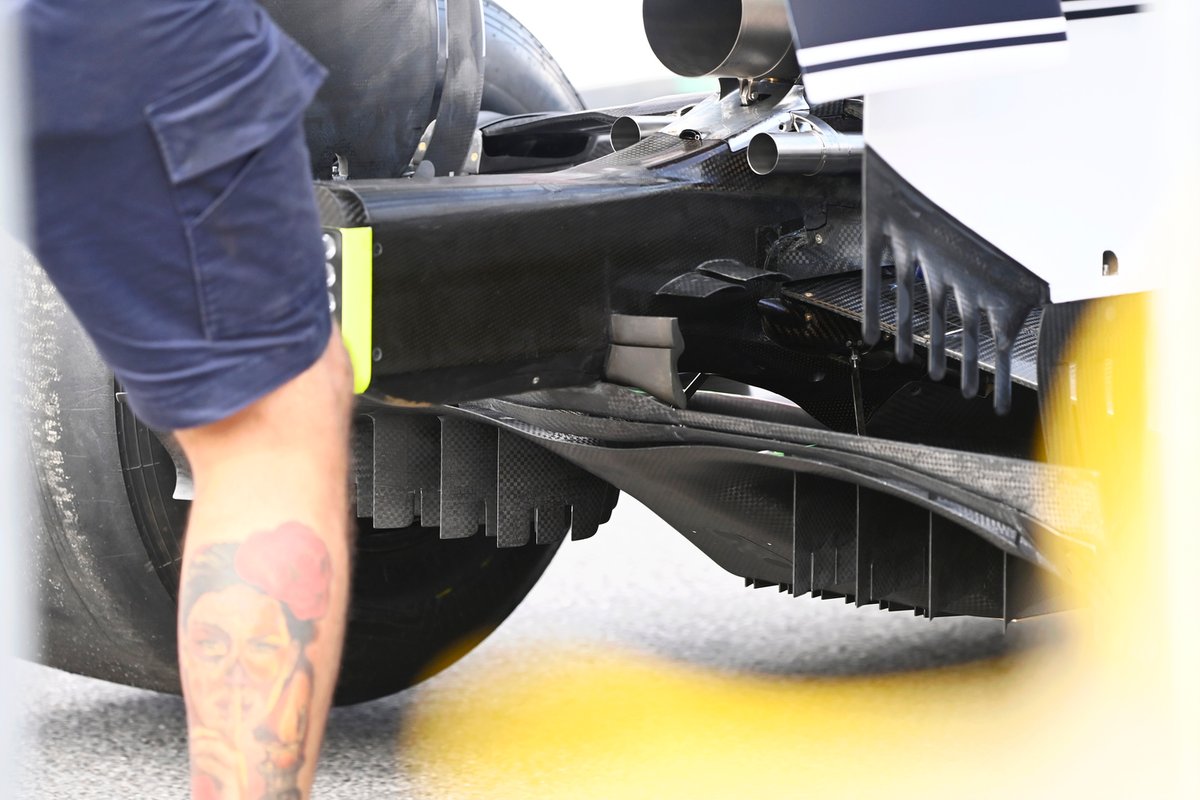 Beneath the discharge valve tubing, Alfa Tauri has a pair of fins that arch downward. 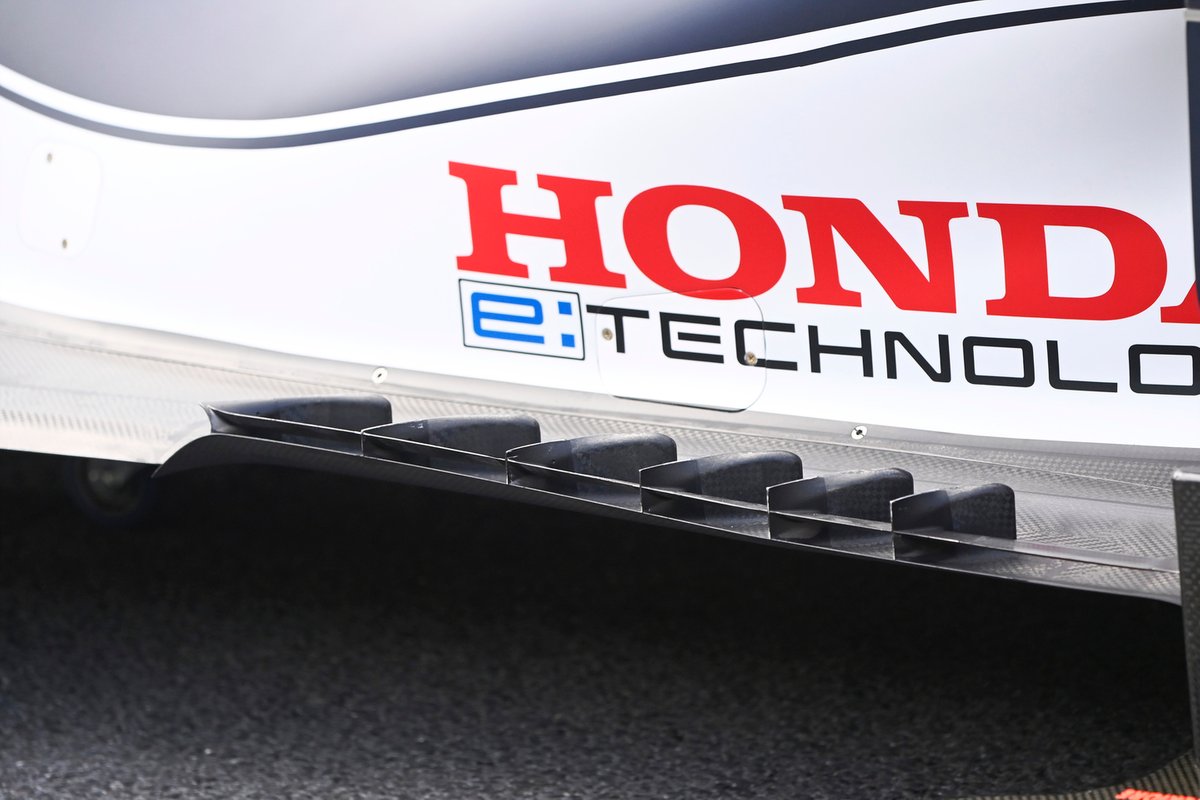 A close-up of the six angled fins added to the AlphaTauri AT02’s aerodynamic arsenal at the start of the season. 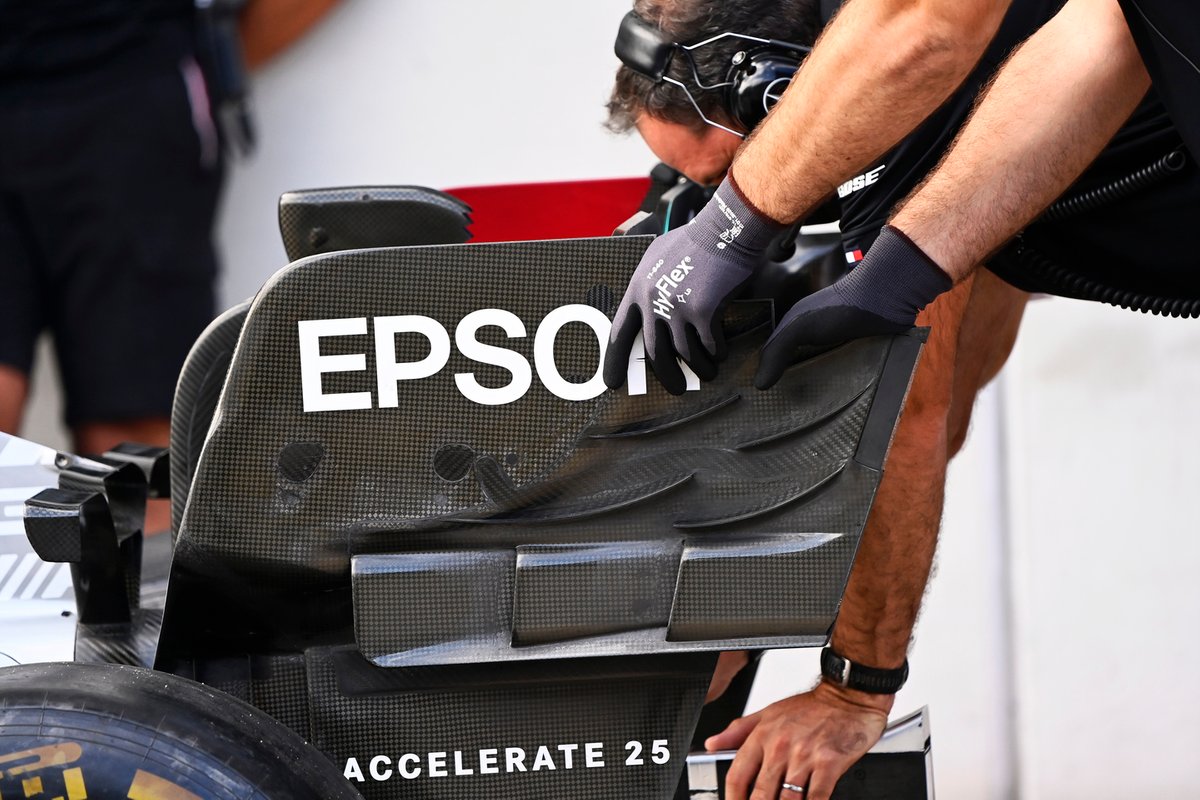 The Mercedes W12 rear wing endplate: There’s nothing new here, but it’s nice to see the various details used by the team to help manipulate airflow. 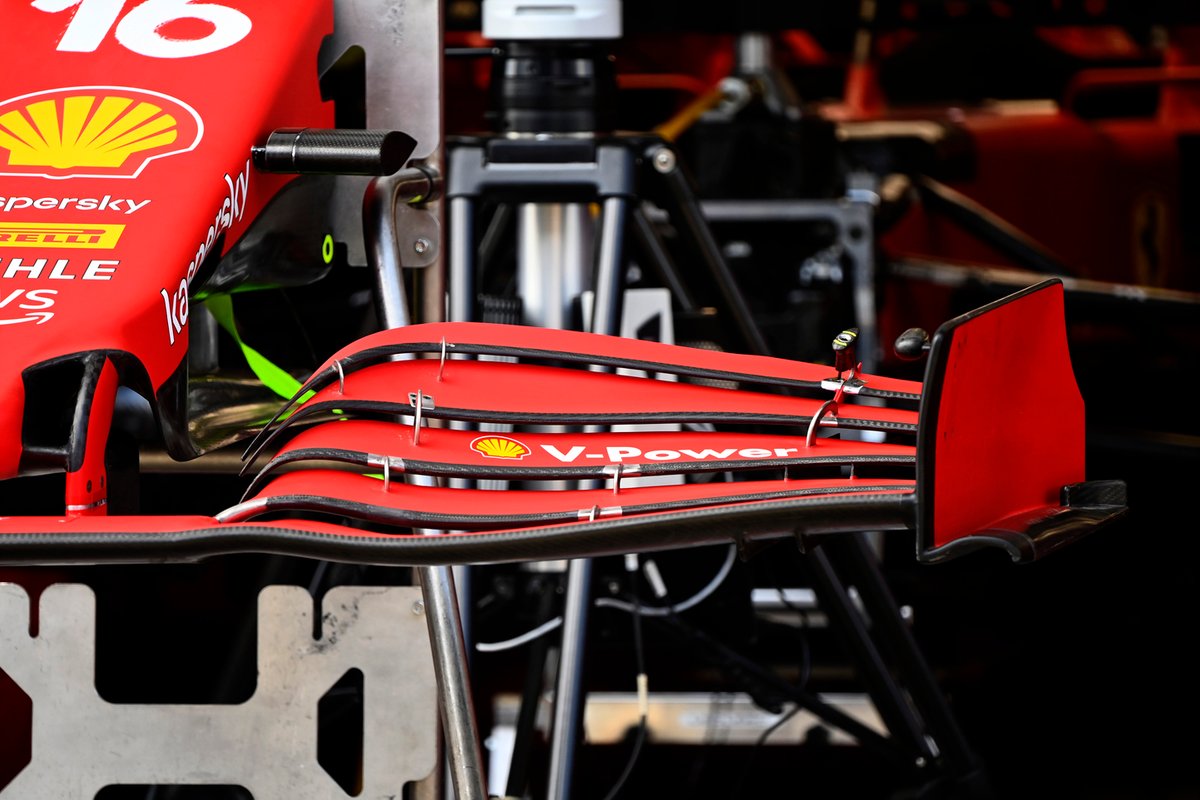 Ferrari updated the front wing for the French GP, with a new wider arch used to define the footplate, while a shorter chord upper wing was also deployed and looks set to be used again in Austria. 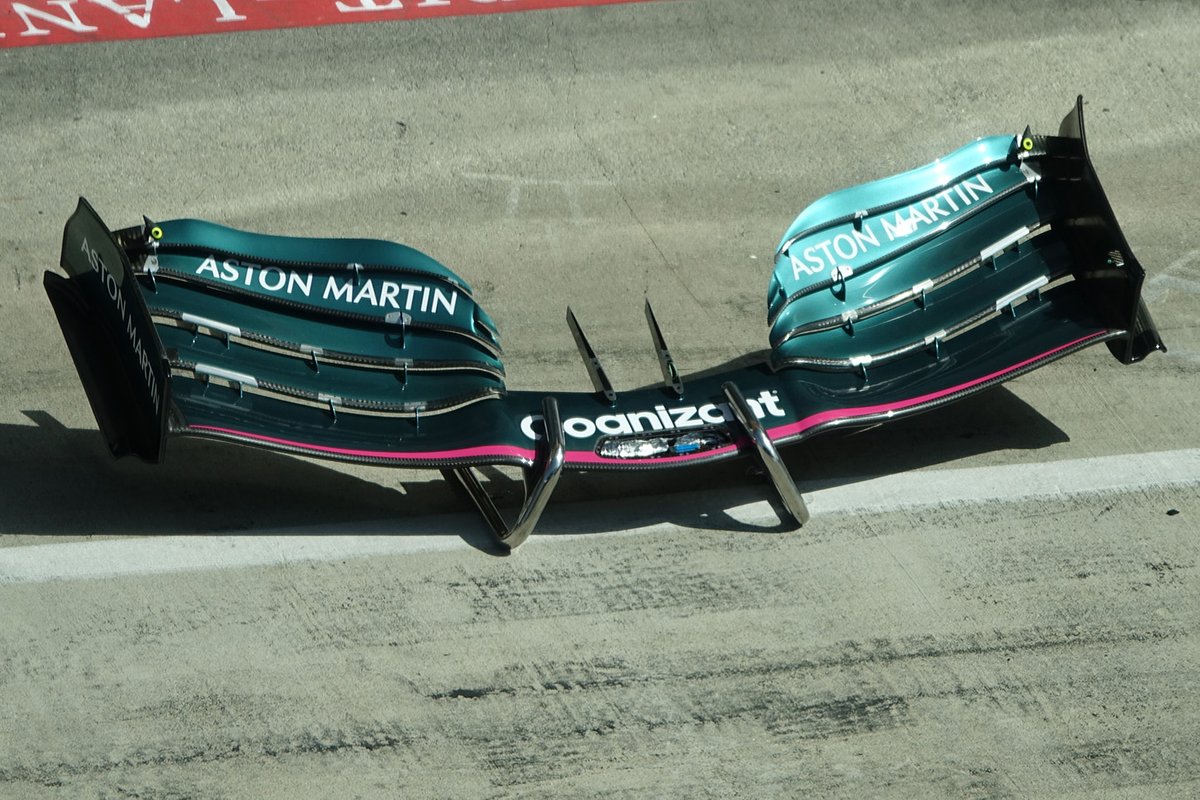 The Aston Martin front wing separated from the nose shows how the wing pillars are slightly apart. Also note the metal inserts in the wing around the bridge supports and the tie rods, which are used to prevent the wing from flexing too much. 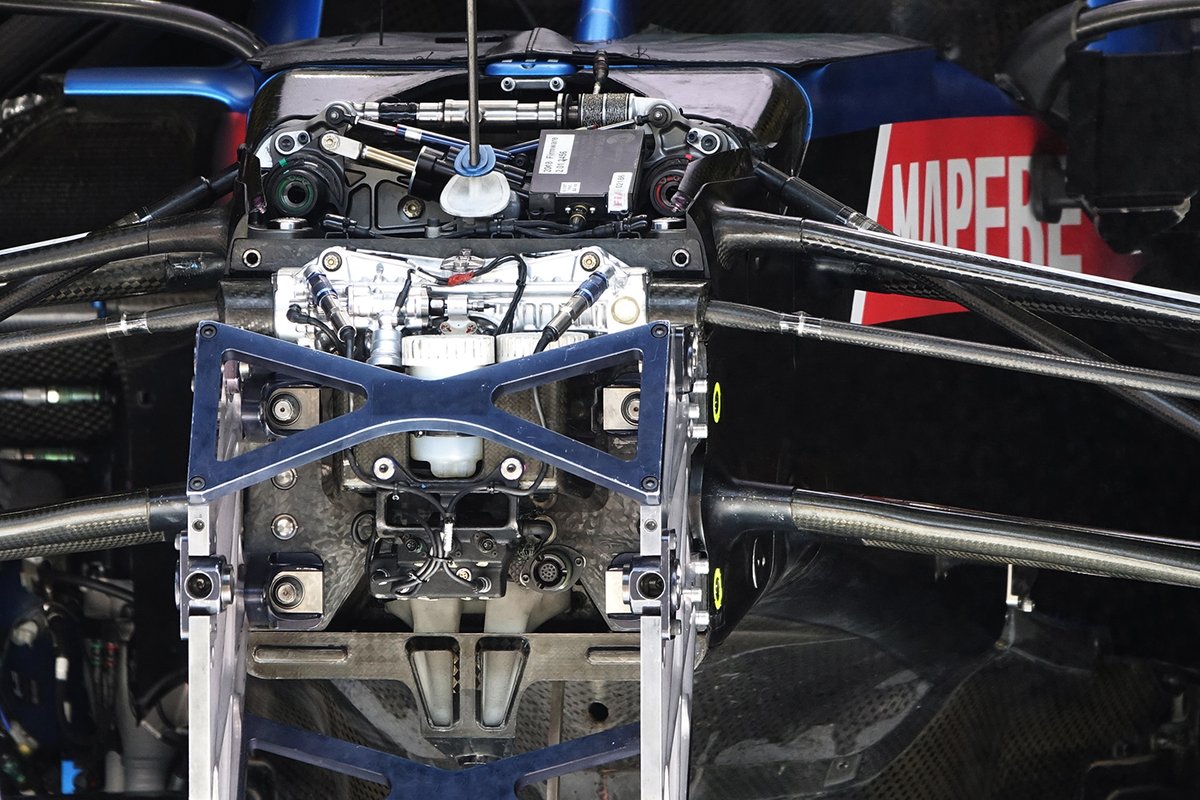 A close-up of the front of the Alpine A521, which allows us to see the interior suspension and steering assembly. It can be seen that this is Esteban Ocon’s car, whose arrangement of the third shock absorber is different from that of his teammate Fernando Alonso. 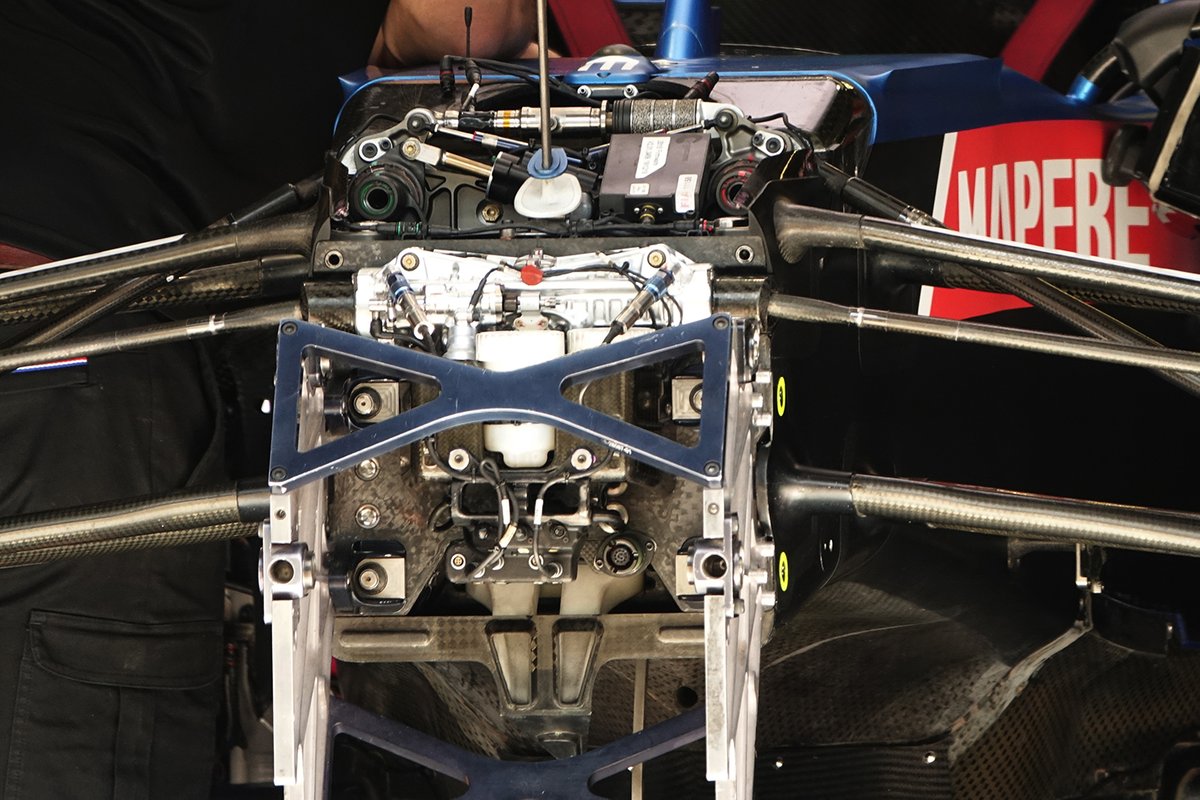 Alonso’s car for comparison, note the different arrangement of the Belleville springs and chocks, while the main bodywork is also slightly different, as both drivers are clearly looking for something different in the behavior of their car. Also note the two ducts in the lower section for pilot cooling. 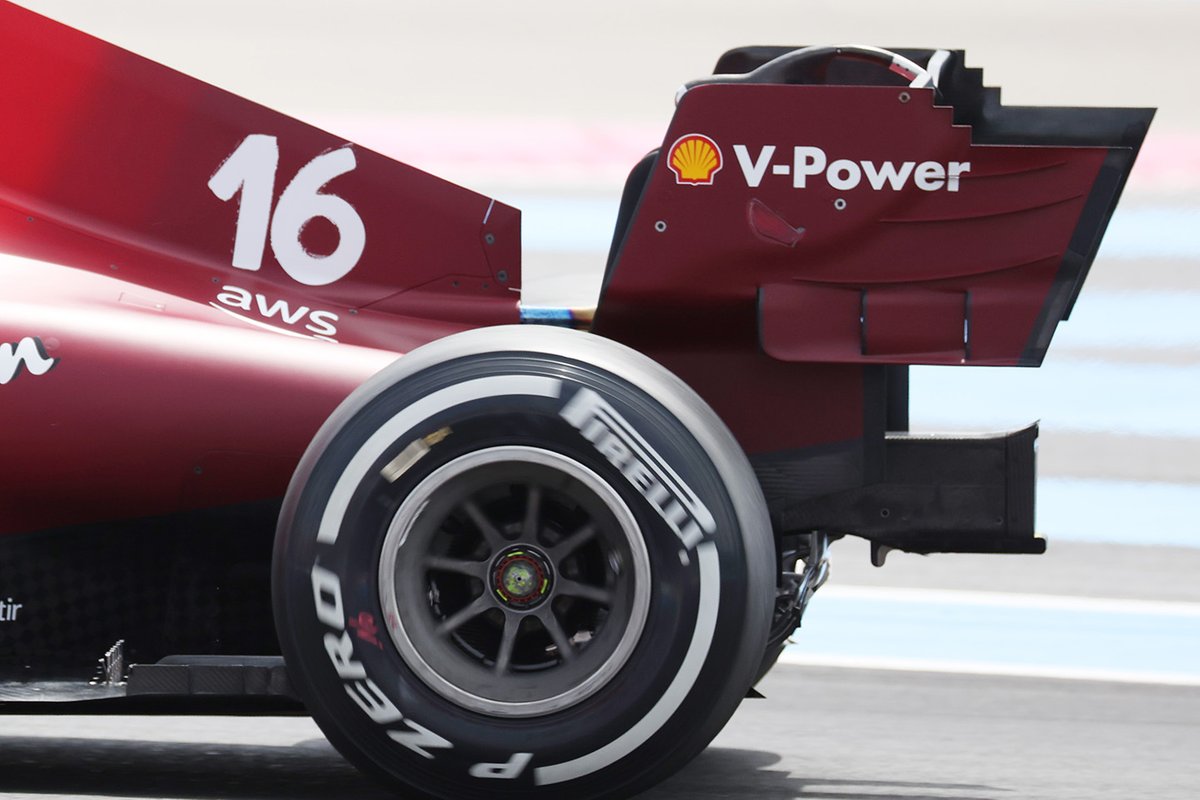 The tail section at the lower end of the Ferrari SF21’s rear wing was trimmed for the French GP and has appeared in the same configuration for the Styrian GP. 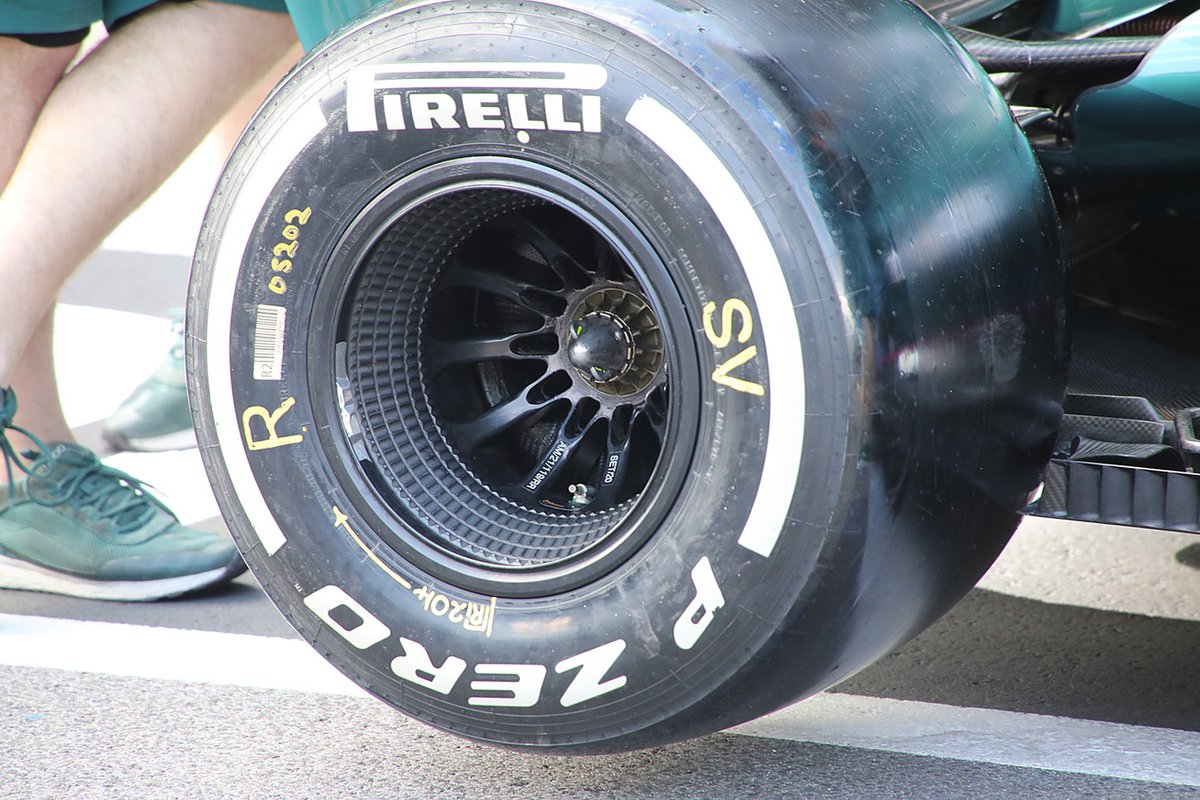 The rear wheel of the Aston Martin AMR21, note the textured finish on the face of the rim, which helps to manage the temperature of the tires. 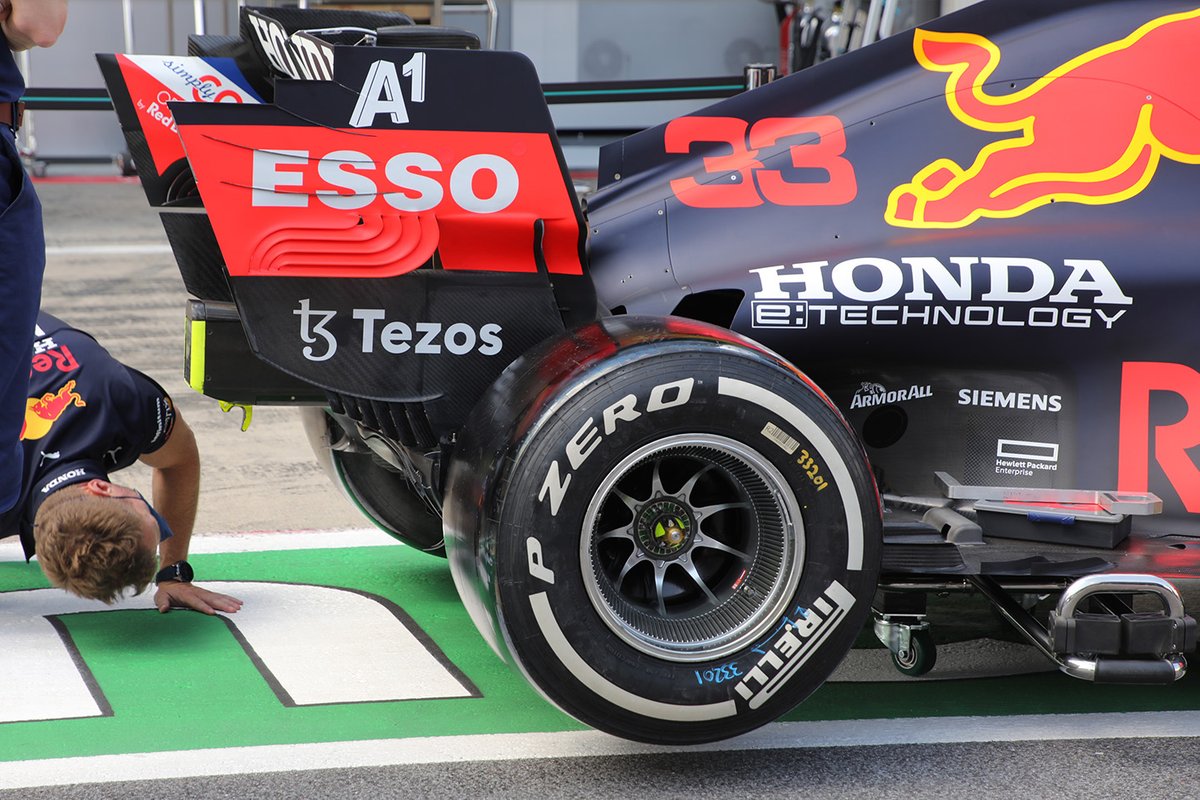 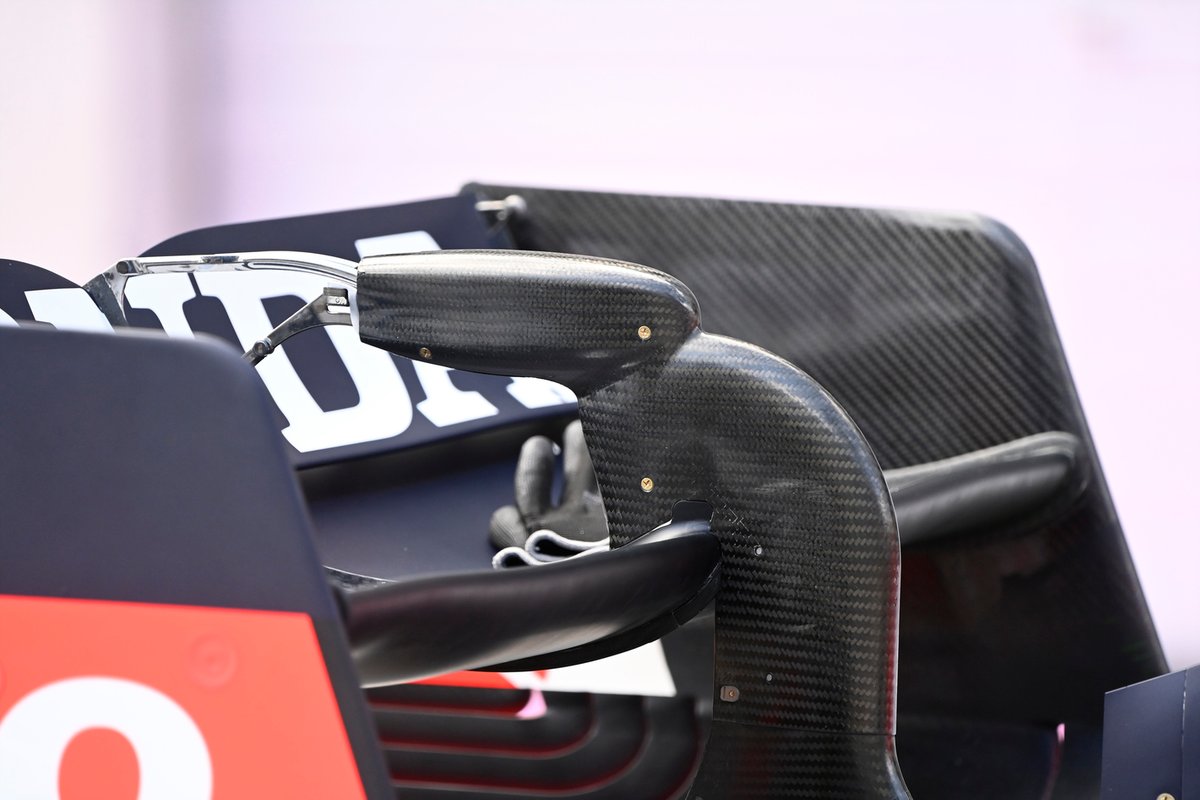 A close-up of the rear wing support pillar that fuses with the DRS activator pod on the Red Bull RB16B. 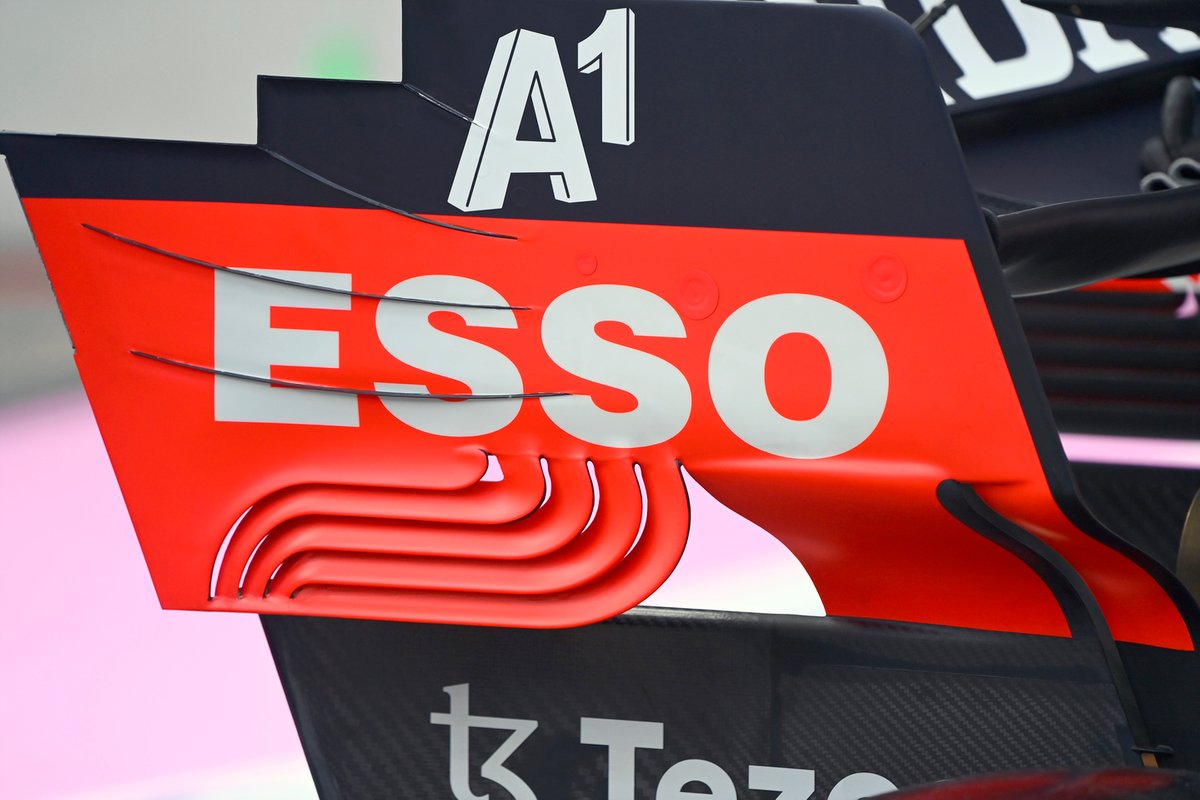 The more complex rear wing endplate design returns for Red Bull this weekend as it plans to run with more downforce and needs to impact the tip vortex that is created and with it proportionally more drag.