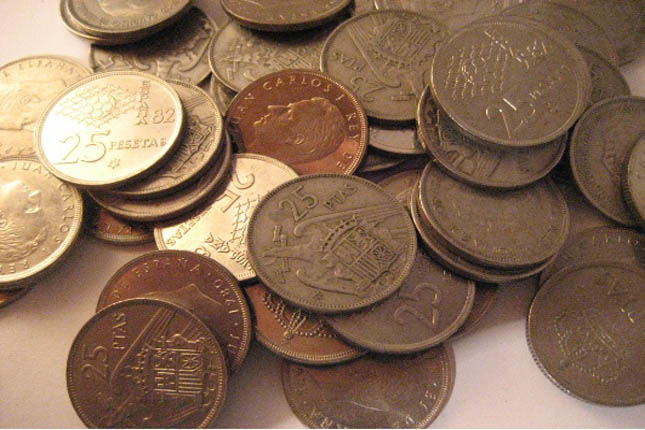 The Government has extended until June 30, 2021 the period for exchanging pesetas for euros, which was established until December 31 of this year, as a result of the Covid-19 crisis, which has made it difficult for both citizens and companies to carry out these exchange operations.

This is stated in the royal decree-law of economic measures approved by the Council of Ministers, in which the Government explains that despite the time that has elapsed since the issuance of notes and coins (the exchange period began on July 1, 2002 ), there is still a significant number of citizens who have bills and coins in pesetas pending exchange for euros.

Specifically, according to the latest data from the Bank of Spain, the body in charge of carrying out this exchange, the Spanish still have a total of 1,599 million euros of the old national currency without exchange, which is equivalent to 266,051 million pesetas pending exchange. .

The Government affirms in the decree that the expansion of the pandemic and the necessary measures to prevent and contain contagions have altered the possibility of exchanging many citizens for mobility restrictions to go to the Bank of Spain.

In addition, it indicates that at this time there is still a “high uncertainty” in relation to the evolution of the pandemic and the rate at which the full mobility of citizens can recover in order to carry out the operations to exchange pesetas before December 31, this year and, therefore, has extended the deadline until June 30 of next year.

The Bank of Spain has estimated that 45% of the coins in pesetas that were in circulation before the entry of the euro will never be delivered for exchange because they will remain in the hands of the Spanish as a collector’s item, or due to deterioration, loss or out of the country in the pockets of tourists.

Spaniards who still have pesetas can exchange them for euro at the headquarters of the Bank of Spain in Madrid and at any of its branches in other cities with no quantitative limit.

Due to the security measures recommended by the health authorities in public buildings due to the pandemic, to carry out the exchange operation it is necessary to make an appointment in advance.