It is taking a lot for the Spanish public to return to the cinemas. Despite the fact that time restrictions have been lifted in much of the country and that the majors have begun to release apparently powerful titles again, now theaters have to face one of their greatest enemies: good weather. After months without being able to leave, or having to return home even before Cinderella, perhaps the cinema is not at the top of the leisure preferences. Or maybe the movies weren’t flashy enough yet.

Because one has just arrived that has achieved a quite acceptable figure for the times: ‘Warren File: Forced by the devil’. Werner Bros. displayed the horror film on far fewer screens than Disney with ‘Cruella’ (450 vs. 700), and yet it has still gotten a much better premiere. The film by Patrick Wilson and Vera Farmiga has grossed 1.52 million euros in its first weekend according to Comscore data. It is the highest grossing premiere of the year, beating ‘Godzilla vs. Kong ‘, with the best average per screen by far of the week (3,362 euros) and more than 220,000 viewers in its first days in cinemas. It is also the biggest premiere since cinemas returned to activity after lockdown. The film achieves a data very similar to the previous main installment of the Warren saga, ‘The Enfield case’, which debuted in 2016 with 1.54 million euros. What good news that a film manages to make such a figure “from before the pandemic”, and terror is one of those wildcard genres that in summer can have very long legs. The arrival of ‘Warren File 3’ and the good maintenance of other films makes the total for the weekend return to very close to 3 million euros, when last week we stayed at half that amount.

‘Cruella’ loses the first position but maintains the collection in its second week, adding 652,980 euros to a total that reaches 1.64 million euros. Quite weak data for a Disney movie that is also generally getting good reception from the public. But it’s likely been affected by the company’s previous live-action titles, which left more polarizing feelings. Being already in Disney + with Premium Access (and unfortunately, probably also in other parts), probably many do not want to “risk” to pay a ticket for it. We may not be able to wait for a date from it, but it may also benefit from a long theatrical run over the summer, being one of the few major all-public titles currently on the charts.

‘Wake up the fury’ also holds up well compared to the previous week, in this case in third position, with 150,482 euros of collection at the weekend and a total of 406,164 euros. The film distributed by TriPictures has quite a presence in theaters, but the public’s support is not being achieved either. It is still far from ‘The Gentlemen: The lords of the mafia’, also by Guy Ritchie, who despite having been one of the most affected by the pandemic (it premiered two weeks before the confinement) ended up getting 2 million euros between those first weeks and the subsequent reopening of cinemas.

‘Stripe and the Last Dragon’ does not fall from the top 5 even after reaching Disney + at no additional cost. The animated film totals 97,476 euros and improves the figure of the previous week. Its total is already 1.8 million euros. Although it has remained at the top of the box office for weeks, mainly due to the lack of strong competition in the field of animation or children’s films, that figure is quite poor. Almost all these weeks it has been in a few cinemas due to the refusal of many chains to screen it, and that has ended up making a dent in its total. Movies like ‘Tom and Jerry’ far outperform it by taking less time.

In fifth position we find ‘Spiral: Saw’, another disappointment. 92,239 euros throughout the weekend and a total of 732,991 euros. It falls 45% compared to the previous weekend. The brand ‘Saw’ is not capable of raising bad reviews. And it’s going to continue to receive very strong competition in the coming days. 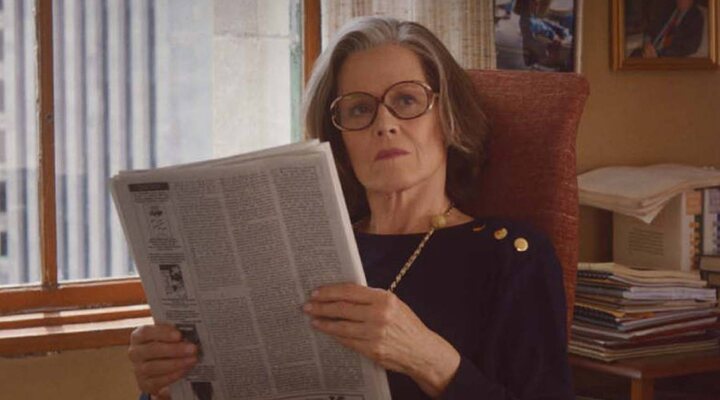 Except for ‘Expediente Warren’, the other releases of the week go completely unnoticed, mainly the result of having quite a few copies. ‘Dreams of a Writer in New York’ ranks ninth, ‘Shorta. The weight of the law ‘number 12,’ Gaza mon amour ‘number 14 and’ My God, the children are back ‘number 17. The revival of ‘Reservoir Dogs’ on almost 150 screens has not attracted audiences either., achieving a poor average per screen of 91 euros.

This week no blockbuster is added to the billboards, but there are notable titles such as ‘In a wild place’, Robin Wright’s first film as director, or ‘La casa del caracol’, with Paz Vega and Javier Rey.